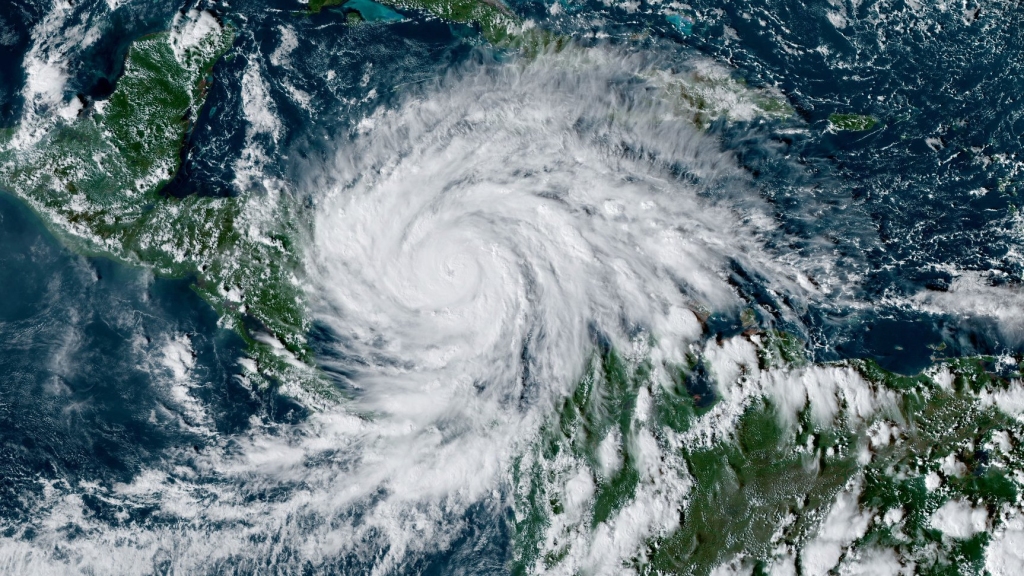 The US National Hurricane Centre said Iota is moving toward the west near 9 mph (15 km/h).  A westward to west-northwestward motion is expected through landfall.

After landfall, a westward to west-south-westward motion is forecast.

On the forecast track, the core of Iota will pass near or over Providencia island late tonight or Monday, and approach the coasts of north-eastern Nicaragua and eastern Honduras Monday and make landfall within the hurricane warning area Monday night. 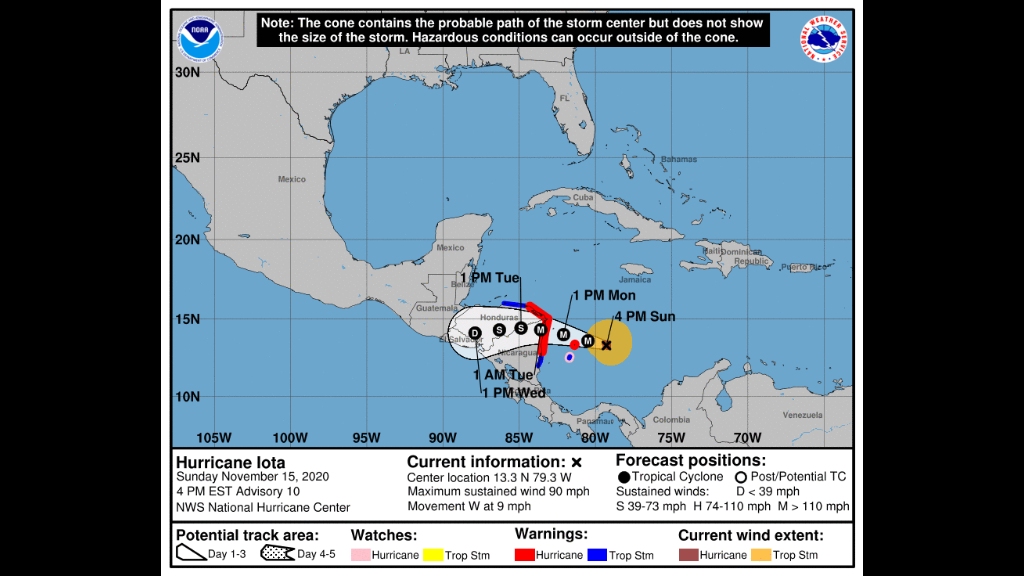 A Hurricane Watch and Tropical Storm Warning continues for San Andres. Tropical storm conditions are expected to begin on the island of San Andres this evening with hurricane conditions possible there early Monday.

A life-threatening storm surge will raise water levels by as much as 10 to 15 feet above normal tide levels in areas of onshore winds along the coast of Nicaragua and Honduras. Near the coast, the surge will be accompanied by large and destructive waves.

Rapid strengthening is expected to take place during the next 24 hours, and Iota is forecast to be an extremely dangerous category four hurricane when it approaches Central America.

Iota is expected to produce the following rainfall accumulations through Friday morning:

- Northern Colombia: An additional one to three inches

This rainfall would lead to significant, life-threatening flash flooding and river flooding, along with mudslides in areas of higher terrain.