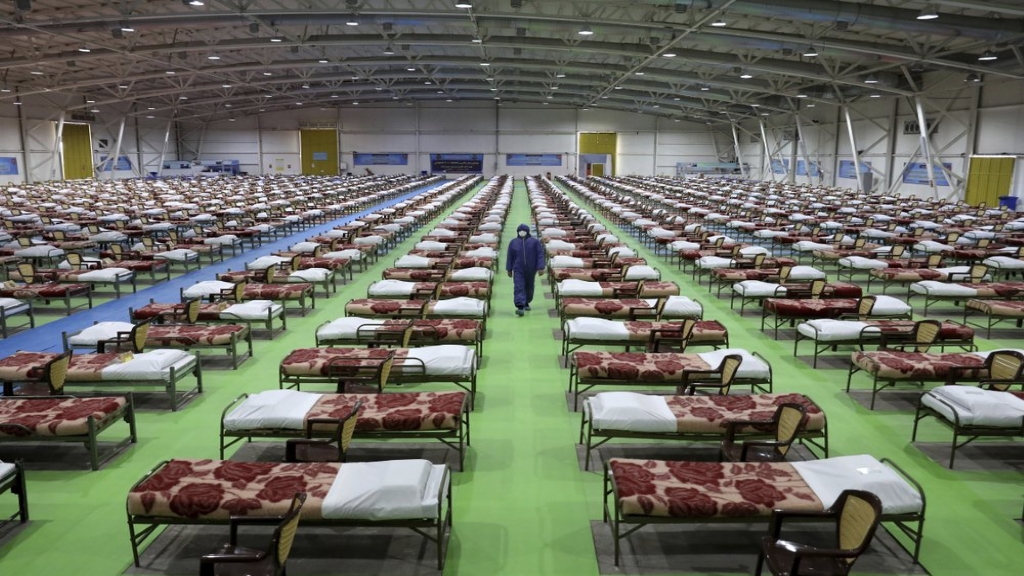 A member of the Iranian army walks past rows of beds at a temporary 2,000-bed hospital for COVID-19 coronavirus patients set up by the army at the international exhibition center in northern Tehran, Iran. (AP Photo/Ebrahim Noroozi)

Iran's president on Sunday lashed out at criticism of the country's lagging response to the worst coronavirus outbreak in the Middle East, saying the government has to weigh economic concerns as it takes measures to contain the pandemic.

Hassan Rouhani said authorities had to consider the effect of mass quarantine efforts on Iran's beleaguered economy, which is under heavy US sanctions.

It's a dilemma playing out across the globe, as leaders struggle to strike a balance between restricting human contact and keeping their economies from crashing.

“We must put these principles together to reach a final decision."

“This is not the time to gather followers,” he added.

“This is not a time for political war.”

Even before the pandemic, Rouhani was under fire for the unravelling of the 2015 nuclear deal he concluded with the United States and other world powers.

President Donald Trump withdrew the US from the agreement and has imposed crippling sanctions on Iran that prevent it from selling oil on international markets.

Iran has rejected US offers of humanitarian aid.

No new cases of COVID-19 in Anguilla, results pending on four samples