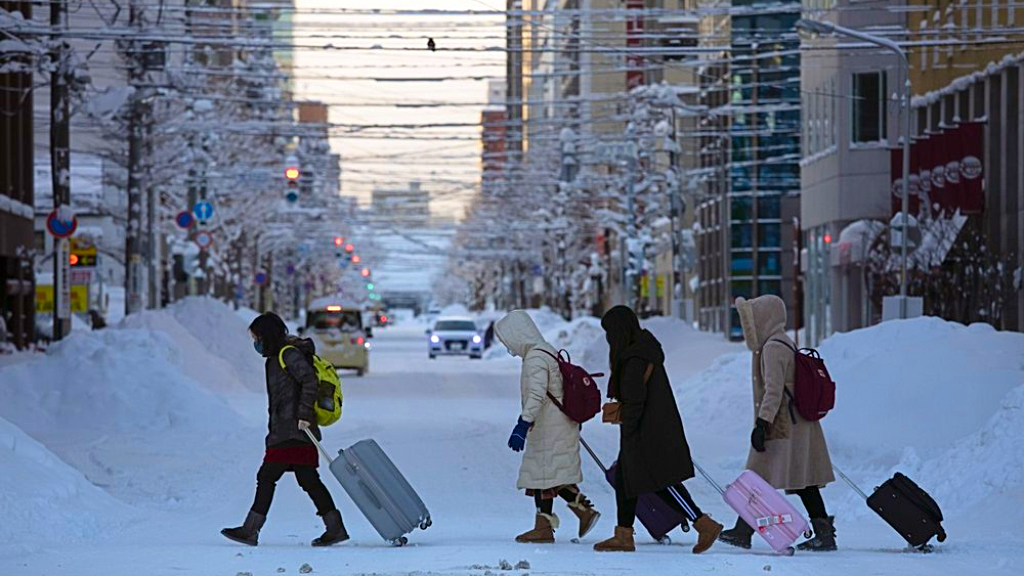 Japan's northern island of Hokkaido declared a state of emergency on Friday over the rapid spread of the new virus there.

Suzuki, wearing a face mask, urged all residents to stay home this weekend, which he said is a critical time to keep the situation from worsening.

"We have been to contain the virus, but the situation is turning more serious," Suzuki said. "In order to protect yourself and your loved ones, please refrain from going outside this weekend."

Since the first patient was detected in late January, the island prefecture has seen a steady increase in the number of patients, with the pace accelerating in recent days. As of Friday, Hokkaido has 63 confirmed cases, including two deaths.

Public health and virus experts have raised concerns about the developments in Hokkaido, saying clusters of infections with unknown transmission routes have emerged. The central government sent a team of experts to investigate this week.

Suzuki said cases have spread around the island, and that six people tested positive after going to an exhibit in Kitami City in a suspected mass infection.

The spread of domestic infections occurred while the central government was busy handling the quarantine of more than 3,700 people on the cruise ship Diamond Princess, where more than 700 passengers and crew members became infected.

Amid growing criticisms of his leadership and crisis management, Prime Minister Shinzo Abe has asked schools throughout Japan to close until the end of March.

5 more countries added to coronavirus travel ban; what you should know