The family of 33-year-old Akwaso Francois has expressed their unhappiness in the justice system following another court adjournment.

The former accountant was killed on November 15, 2013.

According to reports, Akwaso and his girlfriend Ava Louis, who was pregnant at the time, were travelling along the Millennium Highway in the company of two male individuals who Francois had given a ride to.

An altercation ensued which left Francois and Louis nursing serious injuries at the Victoria Hospital.

While Louis survived, Francois succumbed to his injuries.

On November 22, 2013, a firefighter at the time, James Jacobie, resident of Ravine Poission, Bexon, was charged for Francois’s murder and the attempted murder of Louis.

The murder trial began 6 years later in June 2019. Jacobie pleaded guilty a month later and was expected to be sentenced in December but the matter was adjourned.

The sentencing hearing continued today, however, it was once again adjourned.

According to sources at the High Court, Jacobie’s attorneys presented character witnesses to testify to Jacobie’s character, as part of the sentencing, which the Director of Public Prosecutions (DPP) was not informed of.

Nearly 7 years in their fight for justice, Akwaso’s family was not too pleased upon hearing the matter was once again adjourned. 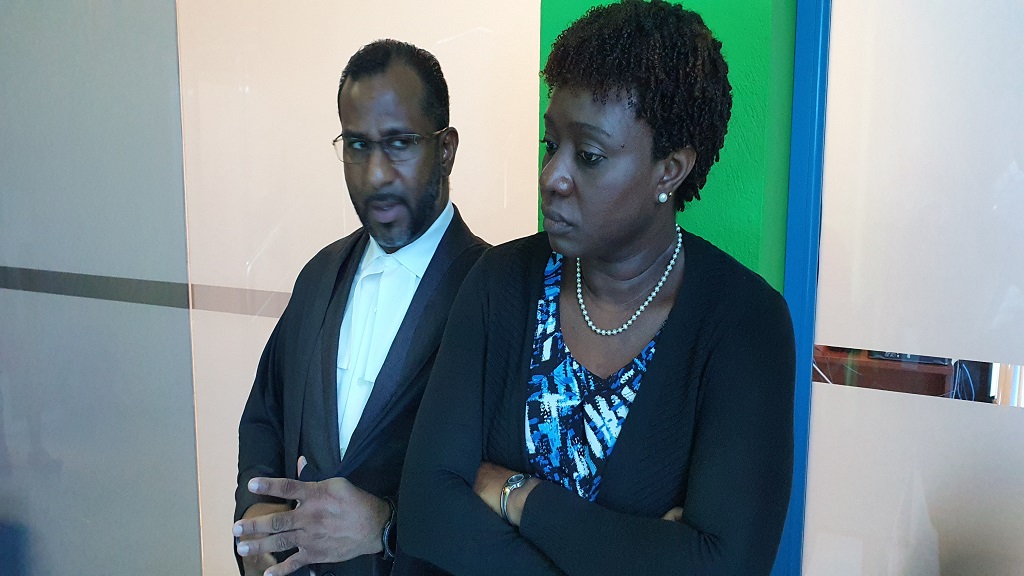 She has described the journey as an emotional rollercoaster.

“Prepping yourself for this day that you will get closure, to have it adjourned again is heartache on the family,” a grieving Francois stated.

The family has been grieving, she says, since 2013. The person who Akwaso Francois was and the manner in which he died would be heartbreaking for any family.

“It’s a family member that we miss. I believe that the court has been so insensitive to families, I believe that the judicial system has failed miserably, they need to understand that persons need closure,” Michelle Francois lamented.

While she says she understands there is a backlog of cases to be heard, the juridical system, she believes, can do much better.

“I am hoping we can get closure soon, it will not bring him back but at least we can just try to move forward from that.”

The sentencing hearing has been adjourned to March 16, 2020, with the hope it will come to an end on that day.

Family members of Akwaso will also have an opportunity to make statements during the sentencing hearing if they choose to do so.

Akwaso Francois, who was an accountant, at the St Jude Hospital left behind one daughter.

Former fireman to be sentenced for murder in 2020