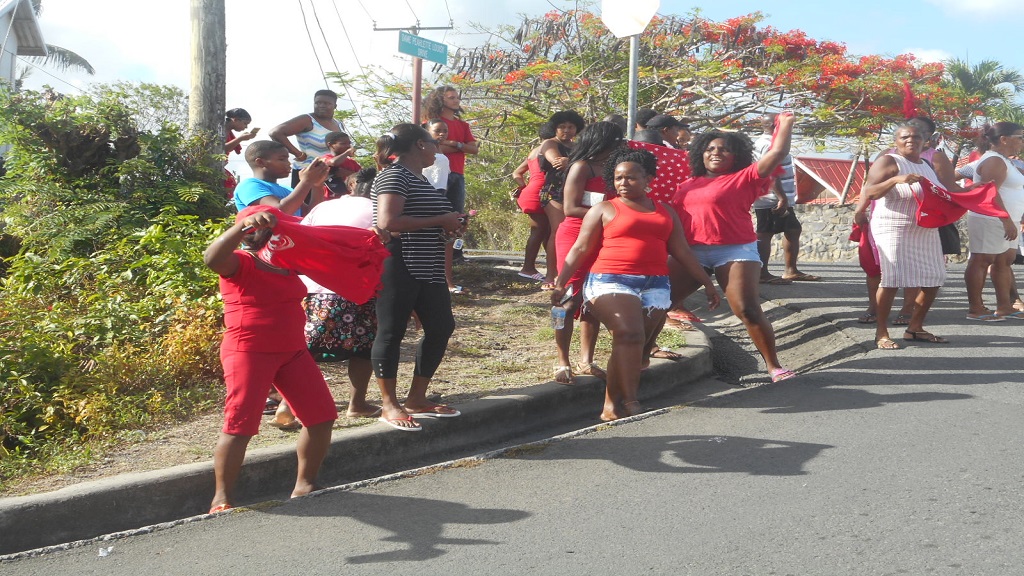 That was the cry of residents of Laborie, a St Lucia Labour Party (SLP) stronghold, during an island-wide 'Anti-Chastanet' motorcade held today, Sunday, June 14, 2020.

Decked in their party colours, residents of Laborie were delighted to see the large number of vehicles passing through their village with passengers chanting “Chastanet must go” as they waved their red flags.

Protesters heavily criticized the current administration citing, for example, the way it has managed the economy.

In an interview with a few of the residents, they said that the motorcade is a sign that the SLP will win the upcoming general elections.

Patrick Bertin said: “The writing is on the wall, UWP will go.”

He said if the SLP loses the upcoming general elections, it will never win another one in St Lucia again.

Another resident said the turnout at the motorcade is an indication that St Lucians are prepared to change the government.

“It’s one of the biggest motorcades I have ever seen in St Lucia,” the resident told Loop News.

The UWP recently celebrated its fourth anniversary of being in power by sharing 200 achievements under their tenure.

Prime Minister Allen Chastanet has hinted that general elections could be held sooner than later.