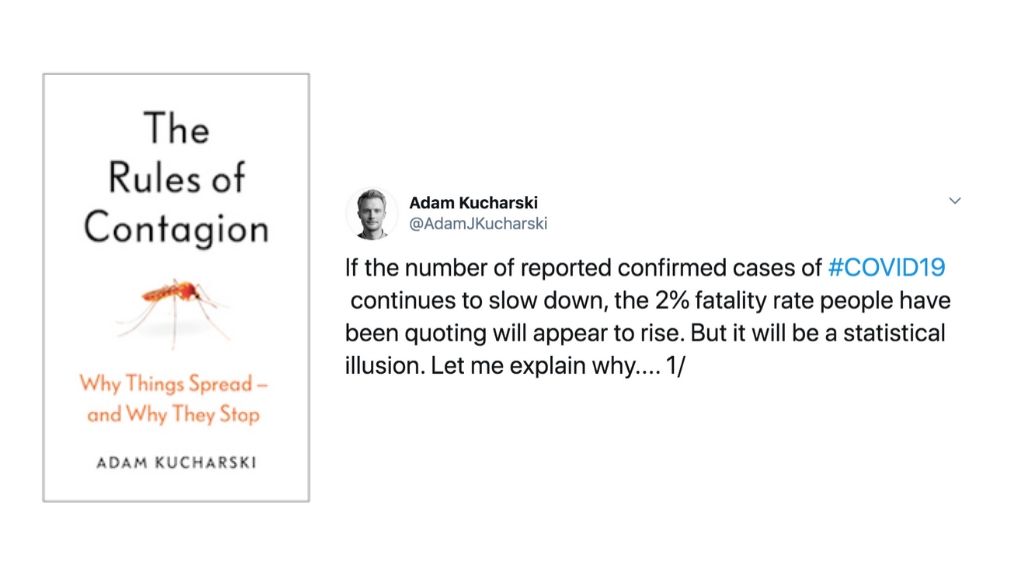 "If the number of reported confirmed cases of #COVID19 continues to slow down, the 2% fatality rate people have been quoting will appear to rise. But it will be a statistical illusion." These are the words of mathematician, epidemiologist and author of "The Rules of Contagion, Adam Kucharski.

According to Kucharski's recent interview with the New York Times, "on best available data, when we adjust for unreported cases and the various delays involved, we’re probably looking at a fatality risk of probably between maybe 0.5 and 2 per cent for people with symptoms."

Kucharski states in his analysis that the overall probability of death when symptomatic is about 1 per cent, but this number is highly affected by the disproportionately higher fatality rate among the over-70s, over-80s.

Kucharski claims that among younger groups, the fatality rate is about 0.1 per cent, whereas among older groups, the death rate can range between 5 per cent and 10 per cent.

So which statistic is correct?

The World Health Organisation (WHO) this week put the Covid-19 global death rate at about 3.4 per cent.

According to a recent Mother Jones article, researchers from the University of Bern have corrected for statistical biases and produced an overall estimate for the case fatality rate of 1.6 per cent with highly disproportionate fatalities among the older groups.

Loop will continue to monitor this global discussion.