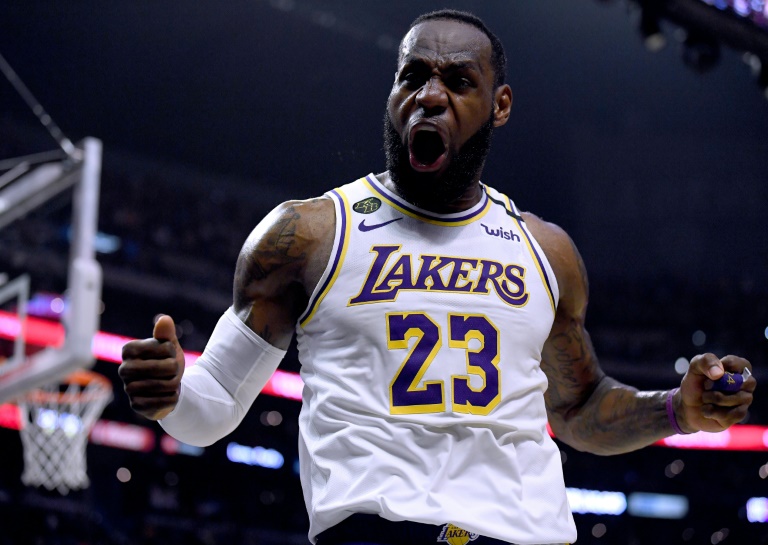 Los Angeles Lakers superstar LeBron James called out New Orleans Saints quarterback (QB) Drew Brees for his lack of understanding for the reasons players kneel in front of the flag during the United States national anthem.

Brees said on Wednesday he still does not approve of people kneeling and takes offence to the gesture, which he believes is disrespectful to those in the military.

James was then quick to point out that Colin Kaepernick began kneeling in 2016 to protest against police brutality and racial inequality, and his action had nothing to do with those who fight and serve.

"WOW MAN!!" James tweeted, with a facepalm emoji. "Is it still surprising at this point. Sure isn't! You literally still don't understand why Kap was kneeling on one knee?? Has absolute nothing to do with the disrespect of [the flag] and our soldiers [men and women] who keep our land free.

"My father-in-law was one of those men who fought as well for this country. I asked him questions about it and thank him all the time for his commitment. He never found Kap peaceful protest offensive because he and I both know what's right is right and what's wrong is wrong!"

James' tweet came in response to remarks Brees made earlier in the day in an interview with Yahoo Finance.

"I will never agree with anybody disrespecting the flag of the United States of America or our country," Brees said when asked about players kneeling.

"Let me just tell what I see or what I feel when the national anthem is played and when I look at the flag of the United States.

"I envision my two grandfathers, who fought for this country during World War II, one in the Army and one in the Marine Corp. Both risking their lives to protect our country and to try to make our country and this world a better place. So every time I stand with my hand over my heart looking at that flag and singing the national anthem, that's what I think about."

The 41-year-old does see a connection between the sacrifices made by those in the military and those fighting for civil rights but still feels the flag should be respected.

"In many cases, that brings me to tears, thinking about all that has been sacrificed," he said. "Not just those in the military, but for that matter, those throughout the civil rights movements of the '60s, and all that has been endured by so many people up until this point.

"And is everything right with our country right now? No, it is not. We still have a long way to go. But I think what you do by standing there and showing respect to the flag with your hand over your heart, is it shows unity. It shows that we are all in this together, we can all do better and that we are all part of the solution."

Brees' comments come a day after Blackout Tuesday, a day established to observe, mourn and bring policy change in the wake of the death of George Floyd, the African-American who died on May 25 while in the custody of police in Minneapolis, Minnesota.

Since Floyd's death, people have been protesting in several American cities, calling for an end of police brutality against minorities, and the NFL and the league's teams are addressing ways of supporting and fighting for justice.