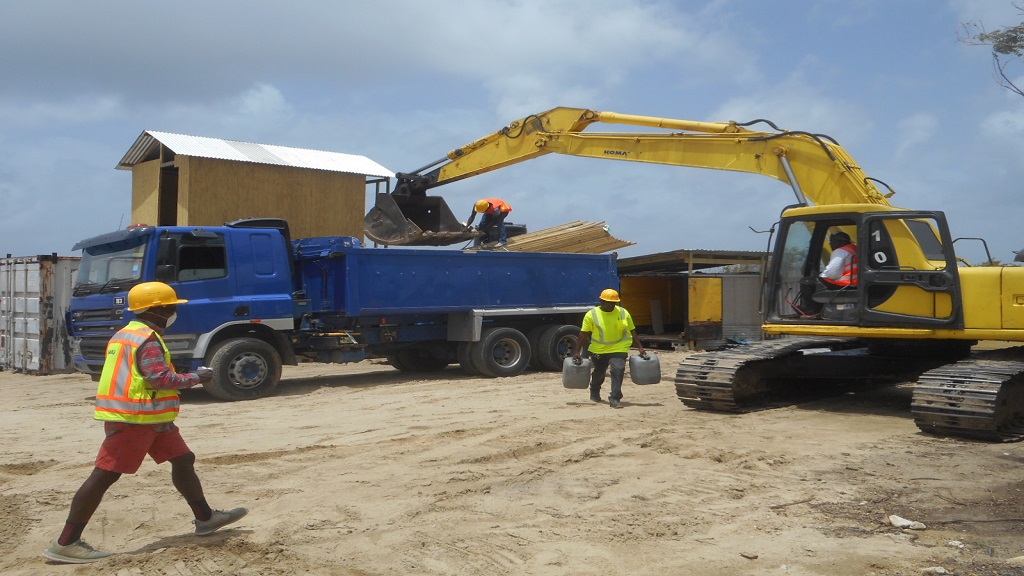 Men at work on the Hewanorra International Airport worksite

Preparatory work for the official commencement of work on the Hewanorra International Airport (HIA) Redevelopment Project has begun in earnest.

Work on the Hewanorra International Airport Redevelopment Project will officially commence this week, according to Daren Cenac, general manager of the St Lucia Air and Seaport Authority (SLASPA).

The preparatory work began on May 29, 2020, with the commencement of work on the hoarding of the airport.

When Loop News visited the site today, Wednesday, June 17, 2020, it was busy with heavy-duty equipment and workers.

According to Allain Smith, managing director of Eastern Suppliers and Services Limited, which has the contract for the hoarding of the airport, the project comprised of four phases should be completed in the next two months. 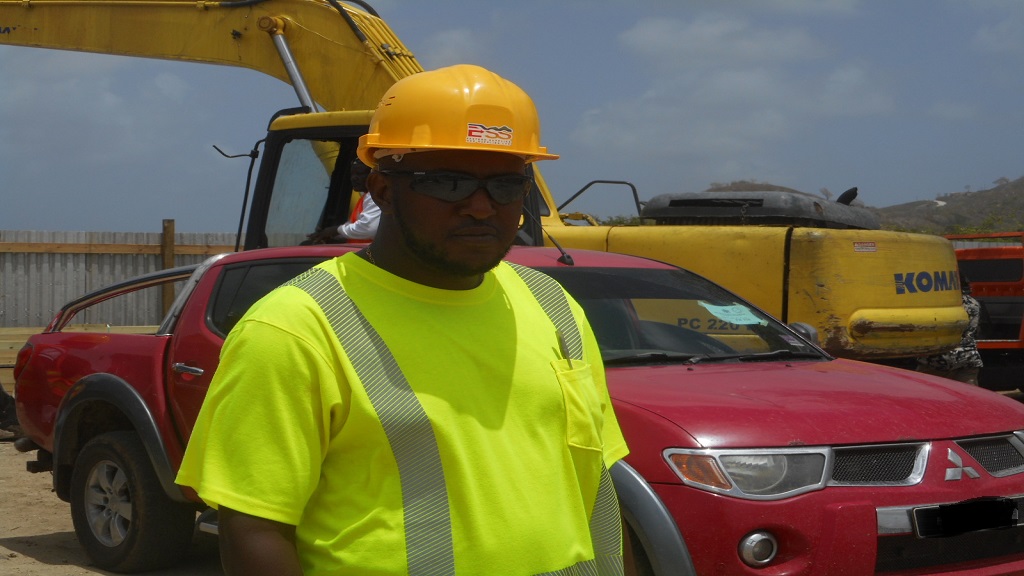 He said so far, the project is progressing smoothly.

“Actually, we are on schedule,” Smith told Loop News.

He said his only concern is the security of the construction site from thieves because the area is bushy.

Nancy Charles, mobilization officer for the government, was also on the site. She said a barricade is currently being constructed, which will be followed by other works.

Hewanorra Airport works to begin after years of planning