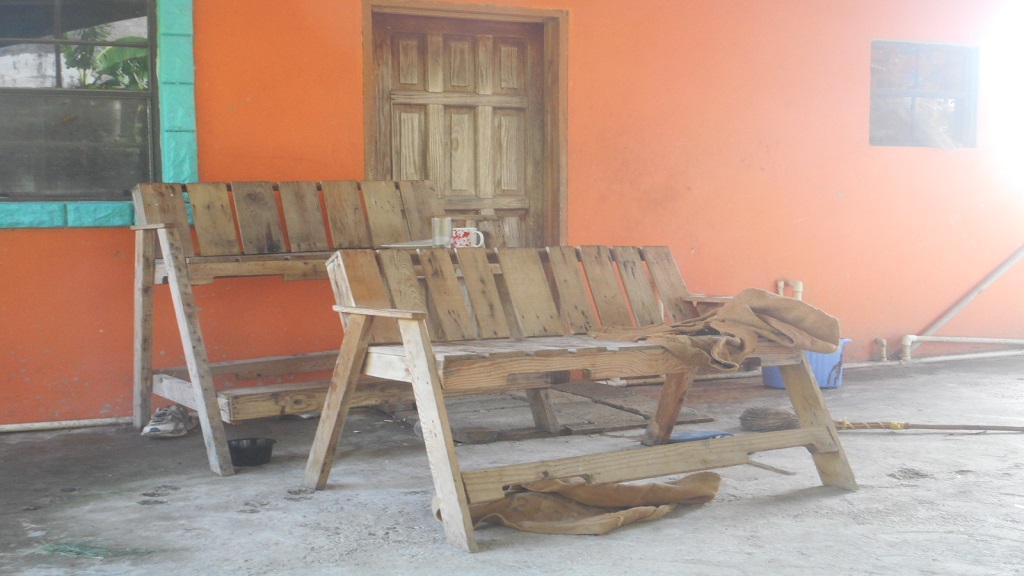 The deceased was found dead on this bench

The lifeless body of Joseph 'Bolo' Rudolph, 51, of Micoud, was discovered at a resident's home at Philadelphia Road, Micoud, at approximately 6:30 am.

His body was discovered slumped on a bench on the balcony of the house by its occupant.

There were no marks of violence on his body and police do not suspect foul play. The cause of death is unknown.

According to his family members, Rudolph lived in Canada for a while and when he returned home about 10 years ago, his life took a turn for the worst.

“He was not himself, he had mental issues since he returned from Canada,” a relative told Loop News.

Joseph Butcher, another family member, said it is sad to see the way he died.

“He came back from Canada sick. When he returned home that was it,” Butcher grieved.

Residents of Micoud say they remember Rudolph as a very good cricketer who played for St Lucia in the ’80s.

“Bolo was a very good batsman. He was one of the best in Micoud during his time,” Butcher said.