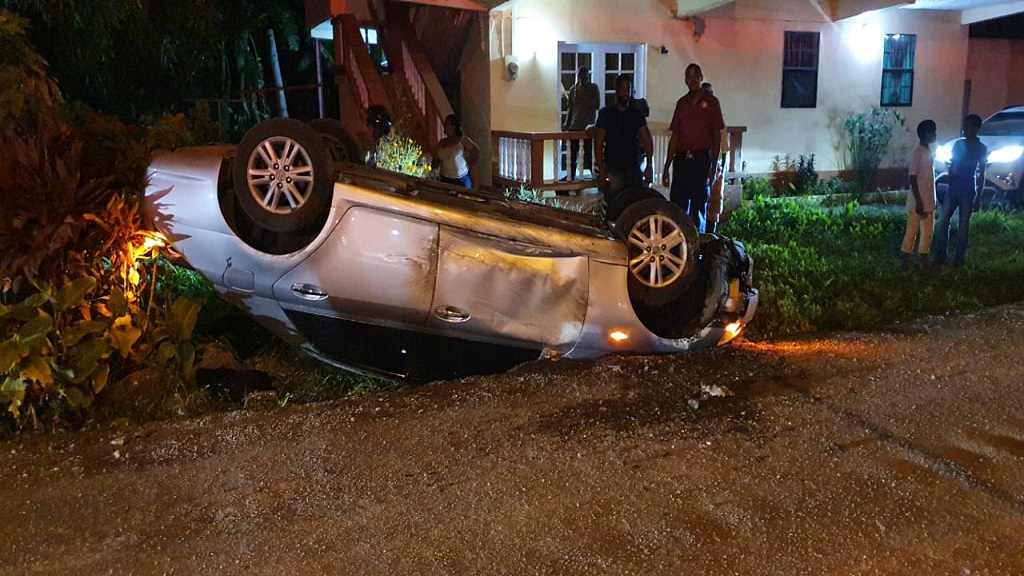 A driver escaped with minor injuries after a crash along the Corinth/Grande Riviere Highway Sunday evening.

According to one eye witness, the vehicle, a Toyota Mark X, capsized in the yard of a resident after the driver lost control of the vehicle.

"A lucky thing there was no one around where that car crash," said an eyewitness from another vehicle. 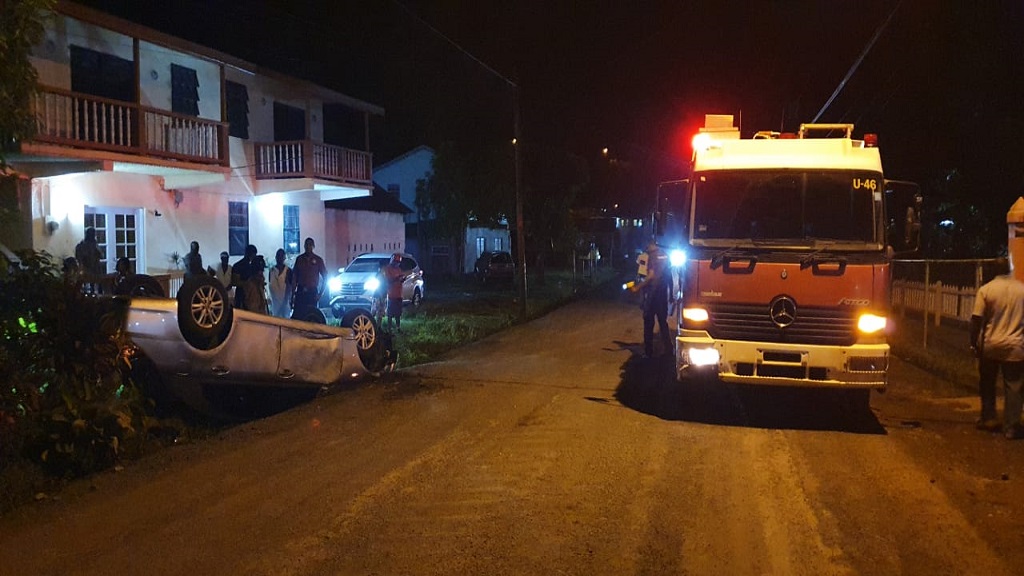 David Antoine, Divisional Officer at the Saint Lucia Fire Service said: "Fire officers from the Gros Islet Fire Station responded to a vehicular accident at Grande Riviere. On arrival on the scene, we discovered a vehicle that had turned over, the driver being the only occupant.

A resident who has lived in the area for over forty years observed that accidents are frequent along that stretch of road.

"The drivers always overtaking along here. We need at least two speedbumps. The driver was overtaking and he lost control of the vehicle," the resident said.

Currently, the Ministry of Infrastructure is engaged in a road rehabilitation project along the Corinth/Grande Riviere Highway which has left gravel along that section of road.

This, according to Mr Antoine, is extremely dangerous for drivers: "The gravel does not allow for too much tyre adherence to the surface of the road as a result there is that tendancy for the vehicle to slide at a given speed and that could have been a cause for him veering off the road."