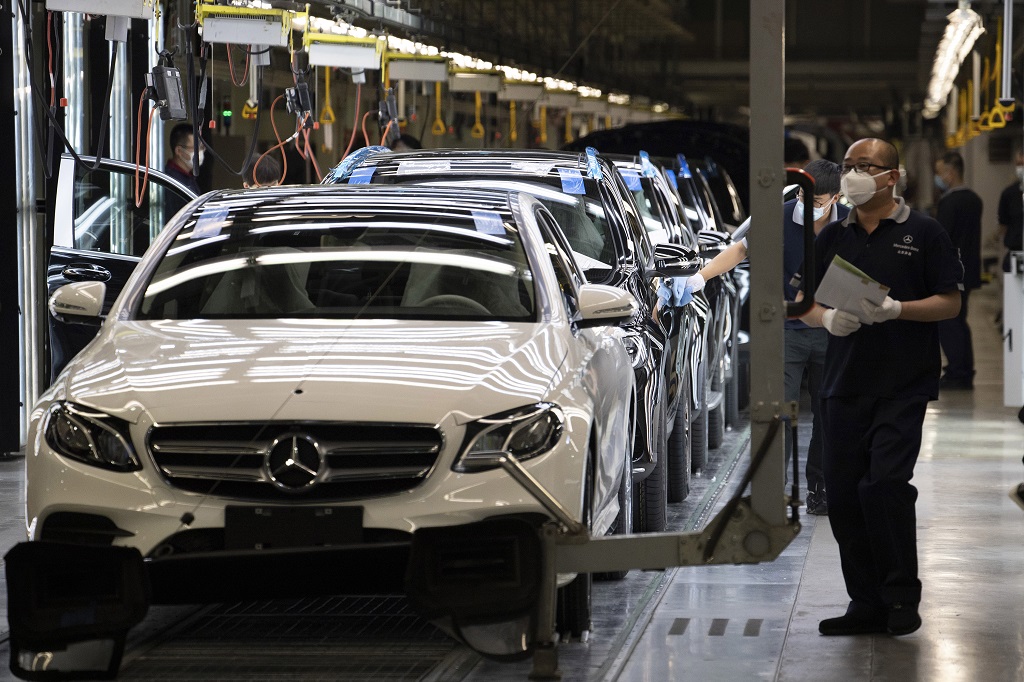 Workers inspect newly assembled cars at a Beijing Benz Automotive Co. Ltd factory, a German joint venture company for Mercedes-Benz, in Beijing on Wednesday, May 13, 2020. Chinese media reported Sunday, July 5, 2020 that Mercedes-Benz will recall more than 660,000 vehicles in China later this year for a possible oil leak with most of the vehicles being manufactured by Beijing Benz Automotive Co. (AP Photo/Ng Han Guan)

Mercedes-Benz will recall more than 660,000 vehicles in China later this year for a possible oil leak.

A seal between a high-pressure fuel pump and a low-pressure fuel pipe could weaken over time, allowing oil to leak when the engine starts in cold weather, according to a notice published last week on the website of China's State Administration for Market Regulation.

The recall of 668,954 vehicles will begin on December 18. It includes several models made between February 2013 and June 2017, including C-class, E-class, V-class, GLK-class, CLS-class, SLC-class, GLC SUV and VS20 VITO vehicles.

Most of the vehicles were made in China by Beijing Benz Automotive Co.