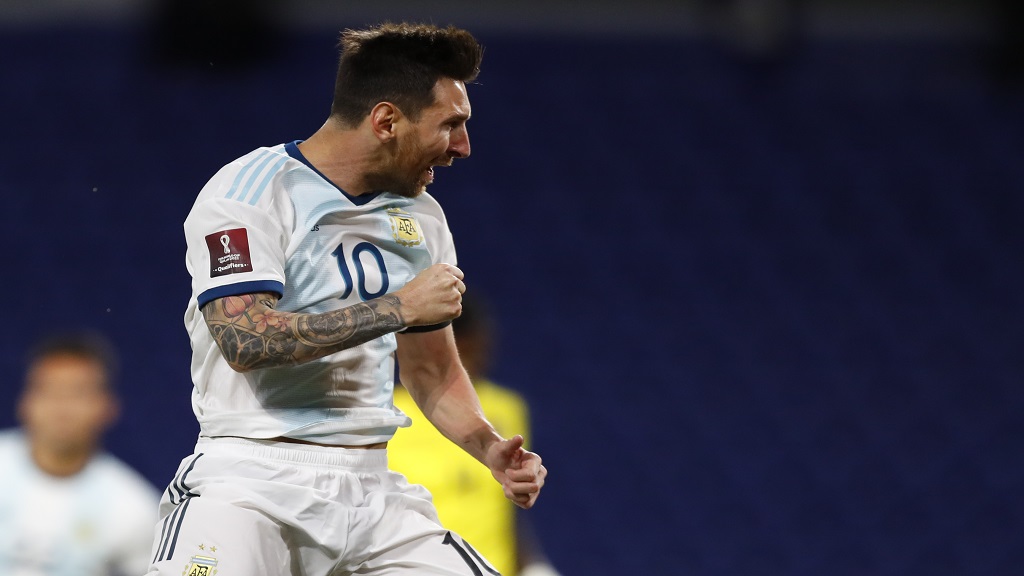 Argentina beat Bolivia 2-1 on Tuesday in South American World Cup qualifiers — the second consecutive victory for Lionel Messi's team and its first in the altitude of La Paz since 2005.

Uruguay wasn't so lucky. After a hard-fought win against Chile in the opening game, Uruguay lost 4-2 at Ecuador. Their only goals came from the spot in the final minutes of the encounter in Quito, when the hosts already seemed sure of their victory.

La Paz has old traumas for Argentina in World Cup qualifiers. The biggest was in 2009, when Bolivia had an astonishing 6-1 win over Messi's team. The superstar also failed to impress in 2017, losing 2-0 in the Bolivian capital.

History seemed set to repeat after Marcelo Martins opened the scoring for the hosts with an easy header in the 24th minute, raising the specter of another bad day for the Argentina team 3,600 metres (11,800 feet) above sea level in the Bolivian capital.

But in first-half stoppage time, Bolivia defender José Carrasco failed to clear close to the line and the ball hit the right leg of Argentina striker Lautaro Martinez and went into the net.

The goal made Martinez the first Argentina player other than Messi to score in a World Cup qualifier since a 3-0 home win against Colombia in 2016. Seven matches took place in between.

Just when the draw seemed to be good enough for Argentina, whose players were clearly taking their time to catch their breath, Bolivia made another costly defensive mistake in the 79th.

Messi found Martinez on the edge of the box. The striker calmly assisted unmarked Joaquin Correa, who beat goalkeeper Carlos Lampe with a left-foot shot.

“It was a great win in the altitude, where it costs more,” Messi said in his social media channels. “There's still a lot to go, the qualifiers have just started, and we are very happy for these two wins.”

Bolivia's national team is mired in a political fight between clubs and the sport's national governing body. Many of its main players are sitting out World Cup qualifiers.

In Quito, the hosts opened the scoring in the 15th minute with Moises Caicedo. Michel Estrada scored a brace, with goals in first-half stoppage time and the 52nd minute. Gonzalo Plata netted the fourth in the 75th.

Luis Suárez scored Uruguay's two from the spot in the 84th and in added time.

Also on Tuesday, Brazil and Colombia can equal Argentina's six points if they beat Peru and Chile away, respectively.

Messi and Ronaldo to meet in Champions League group stage