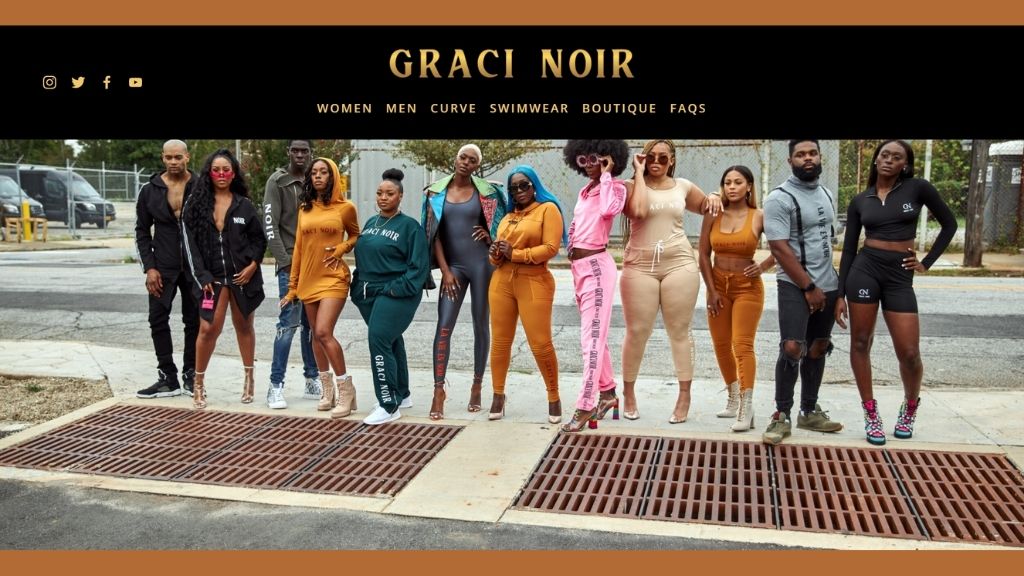 Queen of Dancehall Grace 'Spice' Hamilton (c) joins a selection of models in the official image for her new Graci Noir label. (Photo: via gracinoir.com)

Sumptuous satin tracksuits, T-shirts, and swimwear for men and women who are not the least body-conscious.

Fans of the dancehall star would know Graci Noir is not her foray into fashion and retail and may recall the early 2000s boutique chain Spicey Couture.

Be it the sultriness of the Cheetah Bun Fi Bun jumpsuit or the figure-hugging athleisure pieces, and catchy Patois names, Graci Noir is sure to be another hit from the Queen of Dancehall.

Barbra-Lee Grant started with a ‘Dream’ 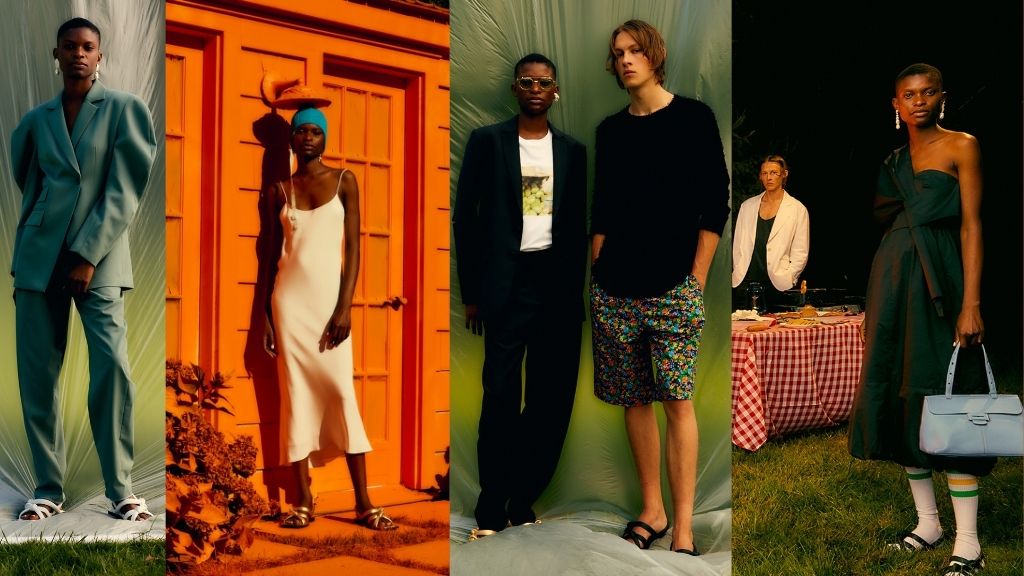 (Photos: via Vogue.com, courtesy of Tibi)

And, though Grant had co-stars, her striking features outshone her counterparts in the images from the chic outdoors-themed Spring Summer ’21 lookbook.

We reckon Trinbagonian designer Robert Young — the founder/creative director of The Cloth, who celebrated his birthday on Friday — is above cloud nine this week.

Days before young announced his birthday, photos of Pulse model Shalisha Stewart swathed in The Cloth popped up on Vogue Italia’s radar.

Stewart embodied the look of elegance in the double pocket shirt with Stan collar and head wrap from The Cloth’s recent effort, part of the This Project Blue concept – which was first presented during the Caribbean’s first virtual fashion show in July.

For the show, The Cloth created a short film, titled Self Help that was executed by photographer Kelly Ann Bobb, stylist Mark Eastman, and director of the short Lori Antoinette.

33bound connects the diaspora with Allumuah

“Allumuah, simply put, is a love letter to all Africans around the globe," says emerging director Curtis Essel’s (@33bound) of his film exploring how new technologies can connect the diaspora to their heritage. The short was commissioned as part of the No Direct Flight series by Nowness (@nowness) in partnership with the BFI (@britishfilminstitute) and British Council (@britishcouncil) ⁣and has gone on to win the Vimeo Staff Pick award at the 2020 BlackStar Film Festival and be selected for the 2020 Tribeca Film Festival. Watch it now on Nataal. . Leader: link in bio . #nataalmedia #allumuah #curtisessel

33BOUND, a visual production company based in London, that produces content ranging from documentary, short films, and music videos are the official winners of the Vimeo Staff Pick Award.

The film titled Allumuah was created by 33BOUND filmmaker Curtis Essel, ‘in loving memory of my late Grandmother’.

‘The film intends to challenge Africans across the world to reflect on their own lives and revise what ‘they think they know’ about their heritage and subsequently about their true self and identity.

In the video, proverbs from multiple African languages, including cultural references are incorporated ‘to expound on the significance of our commonalities in values and perceptions [that] fuel what we envisage as visual art-forms’.

But there’s more, the film, which the creators hope will ‘connect the diaspora’ has been selected for the 2020 Tribeca Film Festival, and BlackStar Film Festival.

Aurelie Giraud for Muse Mag and at PFW for Jil Sander, Ami

And, it’s therefore not surprising that the bulk of her work was done during fashion month at Paris Fashion Week. 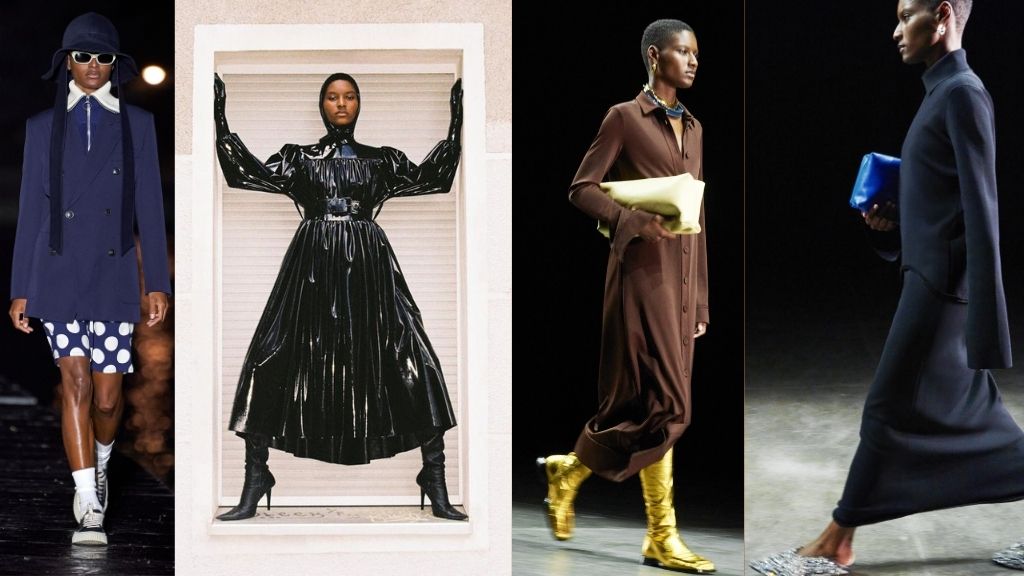 The 5’ 10” model strode down the runway for Jil Sander in SS ’21 minimalistic impressions and later for Alessandre Mattiussi’s AMI label in a preppy number.

For AMI, Giraud walked alongside Yves Saint Laurent muse Amalia Vairelle — one of the top runway models of her heyday — whose currently experiencing a resurgence in fashion.

The show was also live-streamed in Times Square for all and sundry to see.

And, when she’s not on the runway or on billboards in Time’s Square, Giraud can be seen on the pages of Muse Magazine’s Fall/Winter ’20 issue.

Giraud, lensed by Davit Giorgadze and styled by Dogukan Nesanir, made quite an appearance in Issue 56 of the popular fashion/art publication.

Models on the Move is a weekly round-up highlighting the work of Caribbean fashion, Caribbean models in editorials, campaigns, and celeb features across the globe. If you don’t see someone you know to be a model, e-mail kadeem@trend.media to add them to the list.