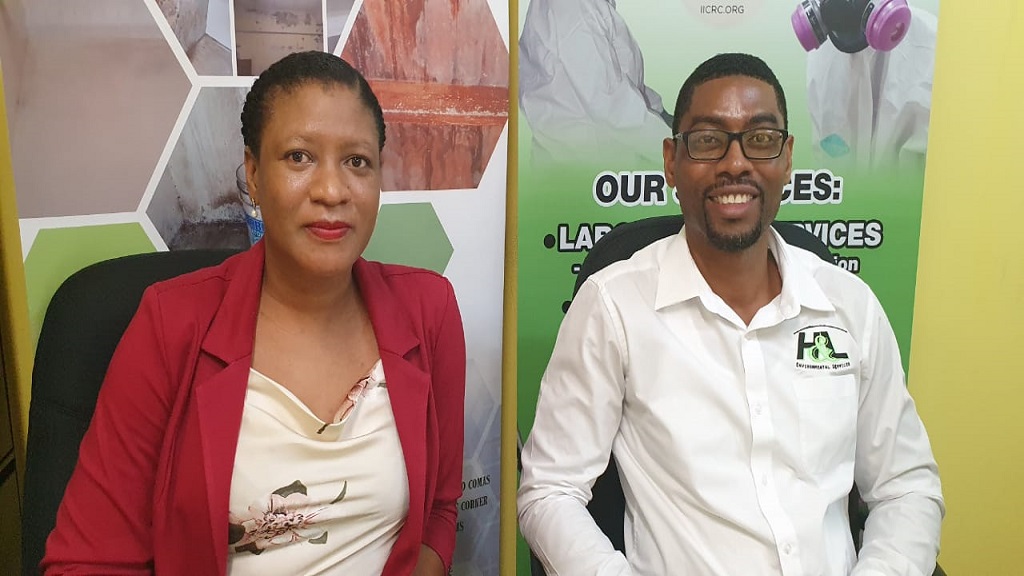 The negative effects of mould to humans was highlighted Tuesday (September 1, 2020) at the launch of the second annual Mould Awareness Month.

The month of September is recognized by the Environmental Protection Agency (EPA) as Mould Awareness Month.

According to company officials, the issue of mould has been a serious one affecting productivity on the island.

Over the past few years several business places, including government offices, had to be closed temporarily and or relocated due to mould infestation, a problem which continues to date.

"We recognized we have serious mould issues, not only in Saint Lucia, but the rest of the Caribbean," Operations Manager at H&L Environment, Ermine Herman said.

According to Herman, the issue of mould is not being taken as seriously as it should.

"Sometimes we go into an environment and I wonder how is it that people are able to work in such an environment.
The way mould impacts on your health, you may not feel the impact right away, sometimes it's gradual because some of them release carcinogenic compounds which can be toxic and will negatively impact in your health.

And the longer you stay in a mold environment the more susceptible you become to it. So it actually diminishes your health," she said.

According to the company's Managing Director Millines Herman, poor air circulation in offices are the main contributing factor for mould.

"There are hundreds of thousands of types of mould, but ten types can cause severe health problems including sinusitis, bronchitis and other respiratory conditions as well as allergies.

According to H&L there are already solutions to dealing with mould, however, building owners and tenants find it difficult to address.

"There are instances where the mould has gotten so severe that correction will take a while to get there. There is a simple solution for mould: No water, no mould but persons need to understand that once you solve that problem how do you maintain that healthy indoor environment to prevent a reoccurrence because once the water comes back, the mould will as well. So it has to be a continuous effort," Miss Herman said.

During this month's observance, the company aims to combat misinformation associated with indoor mould by providing the public with information to make educated decisions as mould continues to be a perennial problem in Saint Lucia.

"Building owners have to ensure that the infrastructure that they have in place to manage the indoor environment is working well," Mr Herman declared.

A series of activities are scheduled for the observance which include a video conference with the theme “Mould and Climate Change” facilitated by Dr Jimmy Fletcher and Patrick Moffett, who is an Industrial Hygienist from California, discounts on services, infomercials and dehumidifier giveaways.