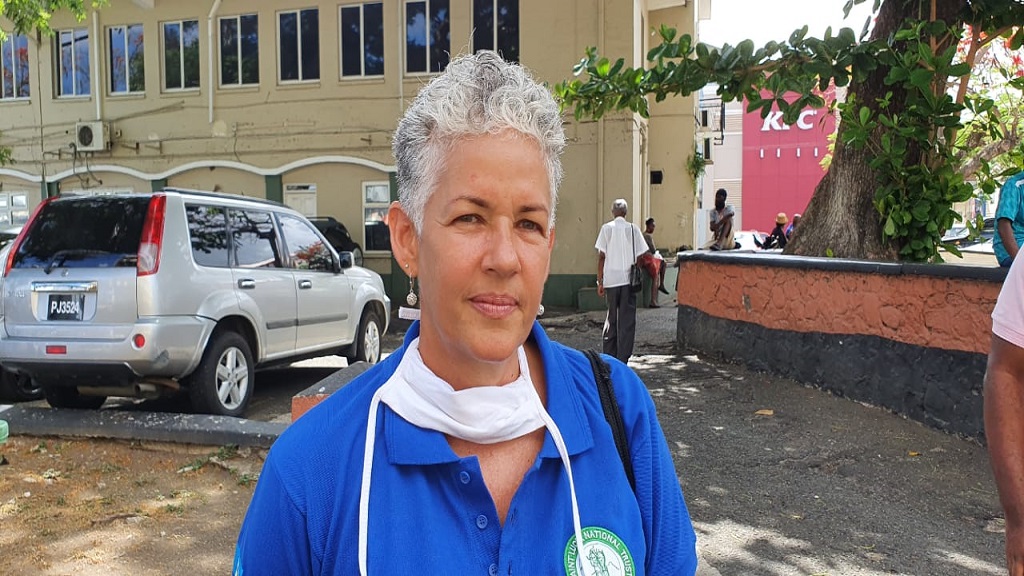 Members of the Saint Lucia National Trust (SLNT) congregated ahead of a sitting parliament for the second straight week in the wake of the destruction of the Royal Gaol by Government.

SLNT Chairperson Alison King told reporters today, June 2, 2020, that the Trust will be filing a case in court as a next step.

King explained why the Trust was again out in their number: "We came out here for two reasons: to mobilize persons to join, to volunteer, to act with the Trust, to support the work of the Trust, and also again, like last week, to make our presence felt and to remind our parliamentarians that we expect them to operate with integrity, transparency and with good governance. 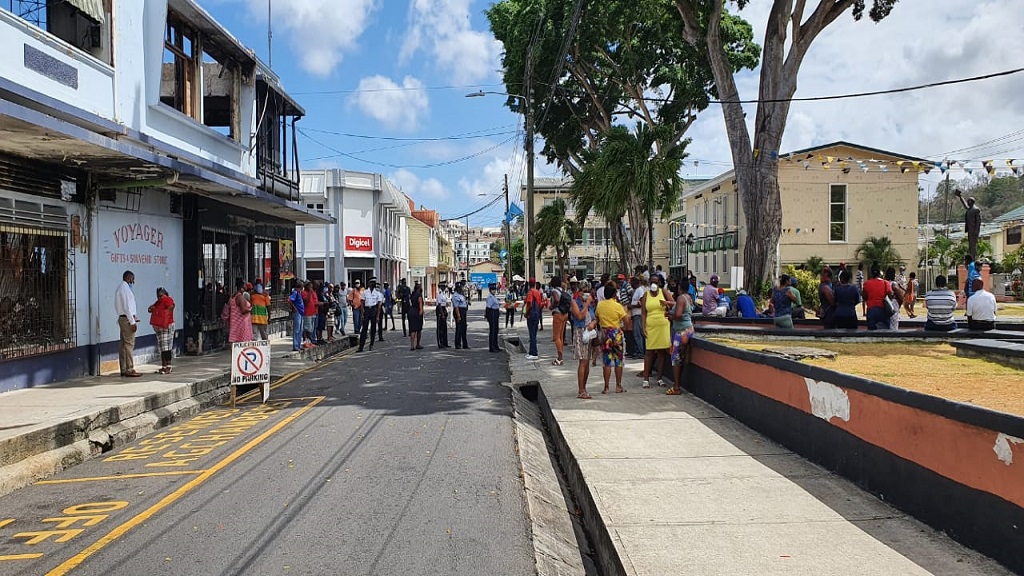 King continued: "I have four children that I take care of, I raise, four girls, it's important for me to make them be good citizens. I need to set an example for them. They need to understand that everybody needs to stand up and speak when things are wrong. I'm getting very emotional about that. It is important that we raise good citizens and we send the right message to young people coming up and that's why we are here today."

"I'm hoping this event continues to raise awareness and we will continue to use it to raise awareness because we still have patrimony that needs protecting and we cannot afford for this type of action to be taken again," said King.

King said she had not heard from any of the signatories including the Attorney General, the Commissioner of Crown Lands, the Development Control Authority, on why the agreement was abruptly overturned. 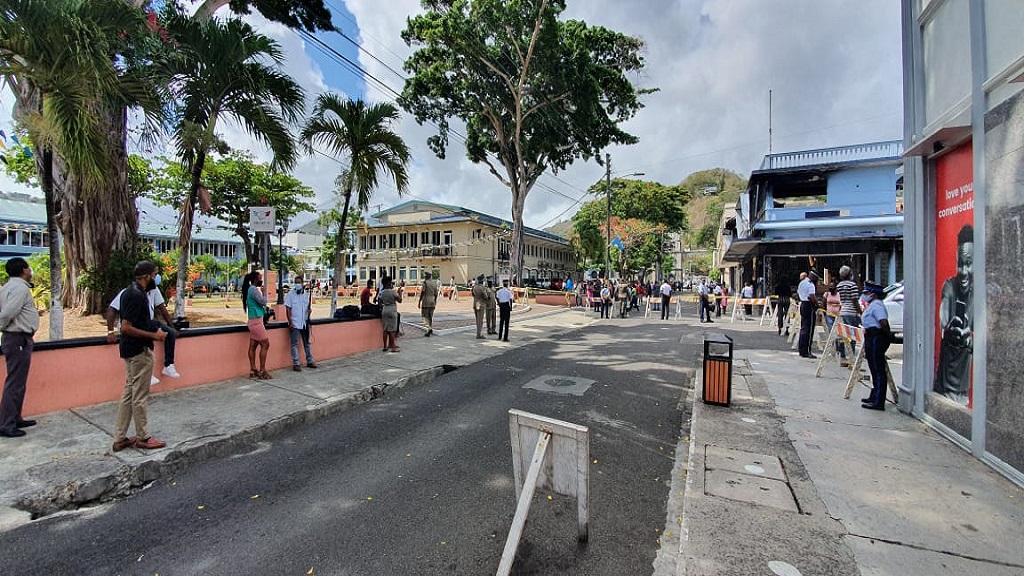 King noted that the Trust expected that parliamentarians would be accessing parliament as normal via Laborie Street and as such their physical position would serve their purposes.

The SLNT had spoken to their extreme displeasure in a press release last week which stated in part:

"On the morning of Saturday, May 23, 2020, the Government of Saint Lucia proceeded to demolish the historic Royal Gaol Buildings, structures of significant historic value by virtue of their age, architecture, uniqueness and association with historic events within the Saint Lucian built heritage and cultural landscape context.

The Royal Gaol was completed in 1827 after three years of construction at a cost of significance in its time, £5,417. It was the only known structure in Saint Lucia dating to the 1820s and was the oldest known standing structure in the Castries City Centre. In terms of its scale relative to the other remaining structures of its period, it was also a significant building, with over 7,000 square feet of floor space.  Henry H. Breen, contemporary writer, historian and later Administrator of Saint Lucia writes in 1844 that the Gaol was one of the most significant structures in the town of Castries and that “The Gaol is one of the best in the West Indies.” [St Lucia: Historical, Statistical, and Descriptive, pp.25-26].  It was one also of very few remaining artefacts of the enslavement period.  Yet, it now rests at the Deglos Landfill.

It was the day on which the Government of Saint Lucia openly and blatantly demonstrated its disregard for the rule of law, our patrimony, good governance and integrity in public office. The Government of Saint Lucia and the holders of its highest offices showed that they cannot be trusted when they enter into negotiations and execute agreements and undertakings, demonstrating a lack of moral leadership and integrity. By their actions they have demonstrated their utter contempt for Fair Helen’s patrimony and the things that uniquely make us Saint Lucian.  This flagrant and wanton destruction of who we are as a people is sadly an indelible stain on all Saint Lucians and should not be accepted by anyone who truly loves Saint Lucia."

Prime Minister Allen Chastanet stated last week that the agreement allowed for the government to proceed unilaterally and as such the agreement was not breached.

Senator Mary Isaac referred to the Royal Gaol as "a monstrosity" and "a cesspool" in remarks made in the Senate last week.