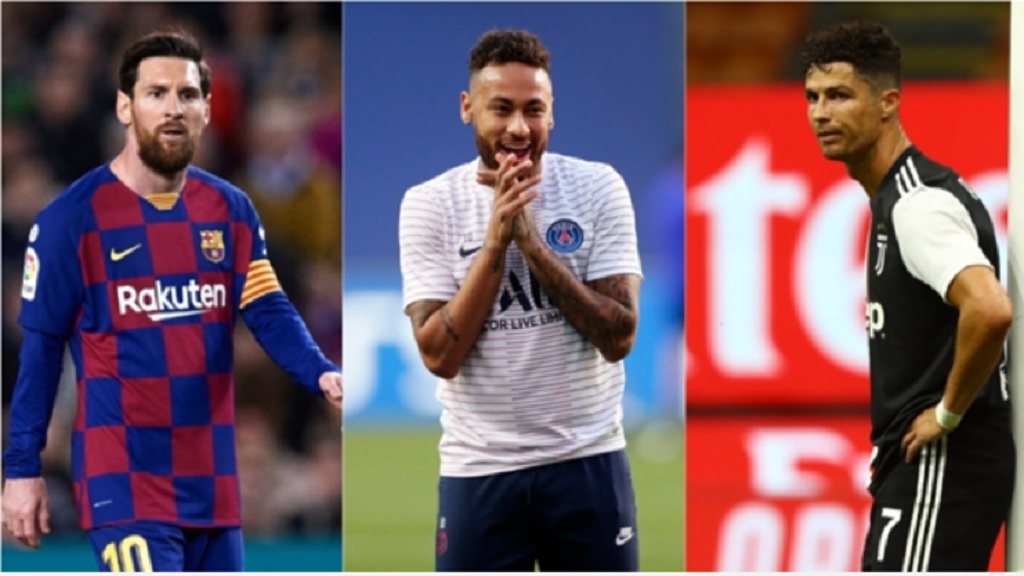 Neymar's agent has suggested a sensational forward line of Lionel Messi, Cristiano Ronaldo and the Brazil star could be possible at Paris Saint-Germain (PSG).

Messi's future has come under scrutiny again in the wake of Barcelona's 8-2 thrashing by Bayern Munich in the Champions League quarter-finals.

There has also been speculation Juventus could look to sell Ronaldo, who has won two Serie A titles in two seasons in Turin but been unable to fire them to European glory.

Neymar has previously been linked with a return to Spain with Barca or Real Madrid and Wagner Ribeiro admits the player had considered such a move.

However, he is now confident the forward will stay in France until at least 2022 and even thinks Messi and Ronaldo could join him at Parc des Princes if PSG's Qatari owners make the funds available.

"There was a time when he was sad because of his injuries," Ribeiro told Placar.

"At that time, he was inclined to leave, to return to Barcelona or go to Real Madrid. Not today - you can see how happy he is.

"Living in the 'City of Light', where everyone wants to go for a stroll, enjoying French cuisine, living in a beautiful house, friends and family nearby, playing for one of the best clubs with everything a person could need or like... what reason would he have to leave PSG today?

"Neymar is happy and I think he'll stay at PSG for at least two more years. Today, without any doubt, it's easier for Messi to go to PSG than for Neymar to return to Barcelona.

Neymar and PSG are preparing for Sunday's Champions League final against Bayern Munich, having beaten RB Leipzig 3-0 in their semi-final.

Rumour Has It: Barcelona in suspense over Messi future