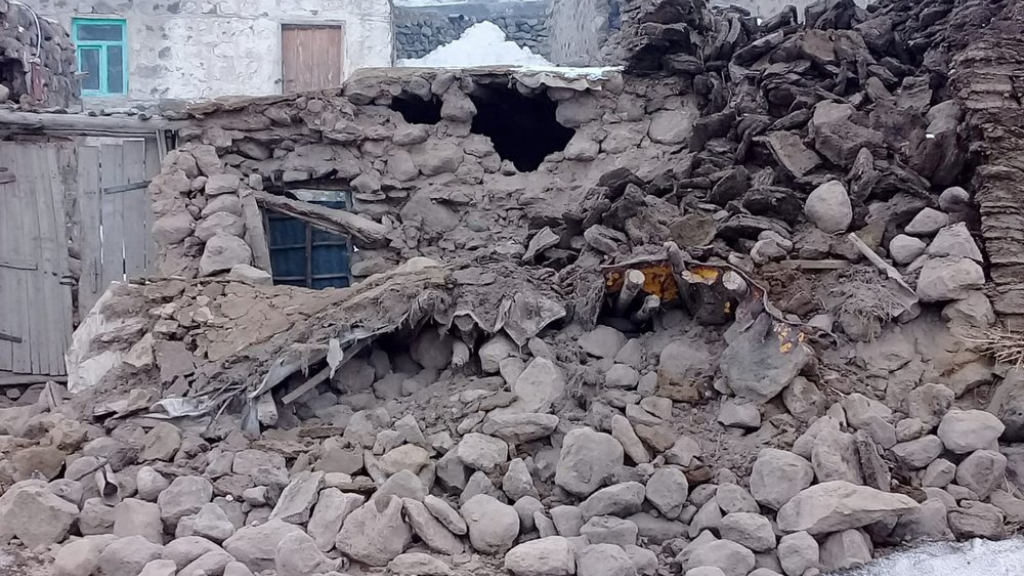 Nine people were killed in Turkey in a magnitude 5.7 earthquake that struck western Iran.

The ‘quake, which occurred early Sunday morning, centred west of the Iranian city of Khoy and affected villages in the Turkish province of Van.

Koca later updated the number of fatalities to nine and wrote on Twitter that 37 people were injured, including nine in a critical but not life-threatening condition.

Emergency teams have been sent to the remote mountainous region.

Iran’s official IRNA news agency said the earthquake affected 43 villages in the mountainous Qotour area. It later added that at least 75 people had been injured, six of whom were hospitalized.

According to the European Mediterranean Seismological Centre (EMSC), the quake, which happened at 9:22am local time (0552GMT), had a depth of five kilometres (three miles).

The region has a history of powerful earthquakes. Last month a quake centred on the eastern Turkish city of Elazig killed more than 40 people. In 2011, more than 600 were killed when a quake struck north of Van province’s capital.

The EMSC reported several further quakes that measured up to magnitude 4.4.

The effects of the quake hit four villages in Van. Seven of the fatalities occurred in Ozpinar village, where Soylu said search and rescue teams had arrived. He added that the quake caused 1,066 buildings to collapse while the Education Ministry said a number of schools were damaged.

Koca said 25 ambulances, a medical helicopter and 13 emergency teams had been sent to the region. The Disaster and Emergency Management Directorate (AFAD) said 144 tents for families had been dispatched.