NY Fashion Week 2020: Pared down, and virtually all virtual 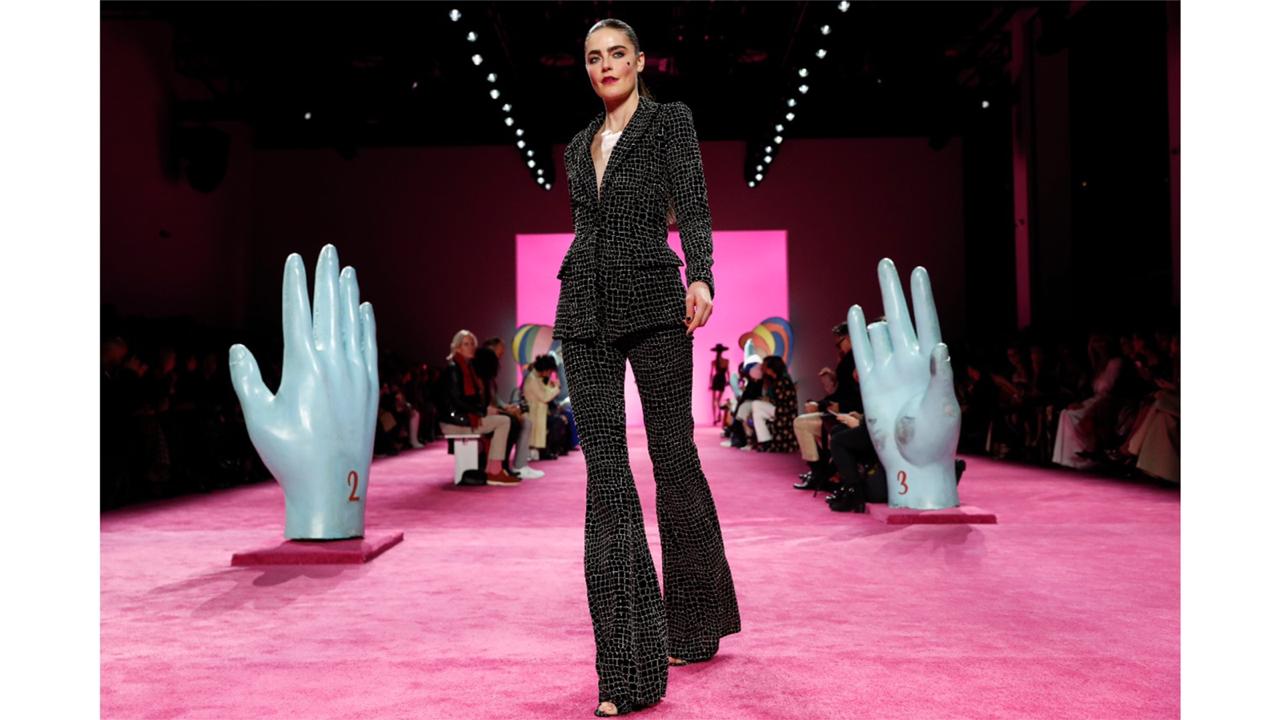 The Christian Siriano collection is modeled during Fashion Week in New York on Feb. 6, 2020. With no celebs in the front row, no paparazzi chasing models down the streets, no stiletto-heeled crowds and no live shows at all, is there even a point to doing Fashion Week in 2020? Well, yes, say organizers: It’s about business. And jobs. And survival. (AP Photo/John Minchillo, File)

No celebs packing the front rows. No paparazzi chasing models down the streets. No stiletto-heeled crowds. No crowds at all, actually. Is there even a point to doing New York Fashion Week in 2020?

“Ultimately fashion is a business, and Fashion Week is a platform for designers to do business,” says Steven Kolb, chief executive of the Council of Fashion Designers of America, which organizes the semi-annual event. “So this is about jobs ... it’s about people’s livelihoods. It'’s about moving forward, but cautiously, with safety in mind."

With that key priority in mind — safety — the CFDA has been pushing designers to go digital this Fashion Week, which begins Sunday evening and lasts through Wednesday. It's going to be virtually all virtual: Fewer than a handful of labels have decided to show their spring collections in person.

They include Jason Wu, Rebecca Minkoff and Christian Siriano, the latter showing in far-off Connecticut. There will be heavy restrictions in place, from distancing to masks to in some cases, required COVID tests.

For the 70-odd designers offering so-called “digital activations,” there's a new platform from CFDA, Runway 360,  where people can watch the shows and designers can connect in various ways with buyers and consumers — what Kolb describes as a modern version of the old tents in Manhattan where the industry once gathered during Fashion Week.

The “week" kicks off Sunday evening with Wu's show and with a virtual gala from Harlem’s Fashion Row, which is holding its 13th annual Style Awards. The next day, there's a version of the annual CFDA Awards — usually presented with fanfare at a glitzy June gala, but cancelled this year. The winners will be announced by video.

A number of top designers, though, have opted out entirely. Among them is Marc Jacobs, the great showman of the industry, who traditionally closes out Fashion Week with his wildly creative runway shows.

“To be honest, I don’t know what we’ll be doing or when we’ll be starting, but to design a collection I need my team,” Jacobs explained at a Vogue event in April. “And my team needs to look at fabrics. And those fabrics come from Italy. And we travel, and there’s a lot of things that go on. Until we discover a new way to work ... or a new end goal to work towards, we really have nothing to do.”

Other major labels not participating: Oscar de la Renta, Ralph Lauren, Michael Kors, Prabal Gurung, Proenza Schouler, Tory Burch. Many have decided to show later in the year, or in a different format.

Designer Anna Sui will be presenting a video of her new spring collection, partly inspired by a documentary she saw on the French female Impressionist painter Berthe Morisot, and by a variety of influences Sui was thinking about during those long stretches of time at home — including beautiful home-baked pies.

Sui says at first, she couldn't even imagine putting together a collection, given what was happening in the world and its ripple effect on the industry.

“I’ve never seen anything like it,” the designer said in an interview. “I’ve been in business a really long time, through 9/11 and then (the financial crisis of) 2008. But this is really, really seismic. It’s kind of broken our whole system.”

“We’re just all wondering, who IS going to be buying?" she added. "Who is going to be wanting new merchandise? And will we ever see orders like we used to? Not only have the stores changed, but the consumer has changed.”

Like everyone, Sui was caught totally off guard when the world essentially shut down in March. Her company had orders to fill and struggled to even complete them; most of the orders were either refused or cancelled or buyers asked for a huge discount.

“And I thought, well, how can you continue?” she said. “I couldn’t bring my team back."

But then, she said, she started thinking about fabrics and watching a lot of movies.

“So I kind of did it in my head for a while. And then I would sneak into the office and start working on it. And I put together a story. And that’s what my spring collection is, are all those influences that were going on during that period of being at home for so long.”

When will there be a “normal” Fashion Week? Tom Ford, the influential designer and new chairman of the CFDA, has already said he doesn't think things will be back to normal by February, when designers present their fall collections, and won't do his own show. (This season, he's presenting images of his collection in his own slot on Wednesday.)

“When trying to simply pay as many employees as I can and not have to make further cuts or furloughs, to spend several million dollars on a show makes no sense,” he told Women's Wear Daily. “I would rather pay our staff. Also, to have an audience gather right now I feel is dangerous and irresponsible and not something to encourage.”

Kolb says February remains an open question but is convinced live runway shows will return. “We all can agree that nothing can replace a live show,” he says.

Kolb likes to quote Ford when asked if the fashion industry will ultimately recover: After the Spanish flu pandemic of 1918 came the prosperity of the Roaring Twenties. “There's a pendulum,” he says. “We are going to be ready at some point to get out of sweatpants and T-shirts.”

One thing Kolb, Ford and Sui all agree on is the hope that the current crisis leads to a reset for an industry that had plenty of excesses.

“There were way too many seasons, way too much merchandise,” Sui says. “So I think this (gives) everybody a chance to put themselves on pause and kind of rethink how they were doing it.”

“I know it’s been a struggle for not just our industry, but so many industries," the designer adds. "And it’s going to be a while before things get normal if they even get normal again. ”