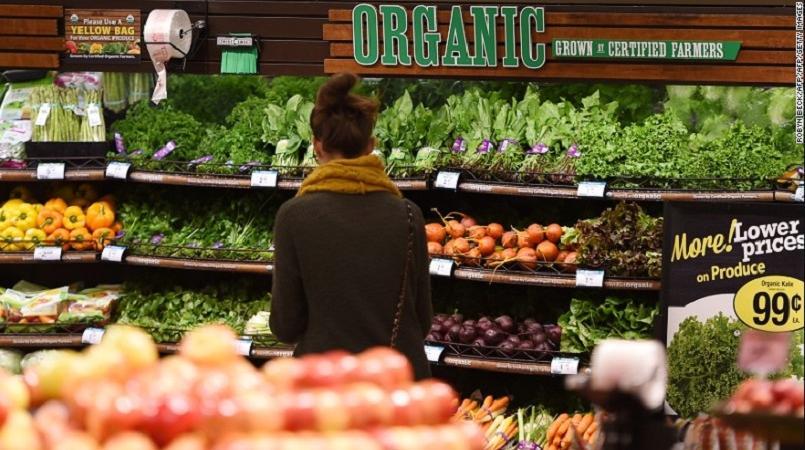 That's been the premise and promise of the organic movement since its origins in the 1920s: farming that's healthy, ecological, and socially just.

Many people -- from consumers and farmers to scientists and international organizations -- believe that organic agriculture can produce enough nutritious food to feed the world without destroying the environment, while being more resilient to climate change and improving the livelihoods of farmers.

For a paper published this month in the journal Science Advances, we systematically and rigorously evaluated the performance of organic versus conventional agriculture on three key fronts -- environmental impact, producer and consumer benefits. As much as possible, we based our review on previous quantitative synthesis of the scientific literature -- so-called meta-analyses. We also examined whether those studies agree or disagree in their verdicts.

We discovered that organic farming does matter -- just not in the way most people think.

Compared to a neighboring conventional farm, an organic farm at first appears to be better for the environment. But that's not the whole story. Here's how it breaks down.

What's not-so-good: Organic farming typically yields less product -- about 19-25% less. Once we account for that efficiency difference and examine environmental performance per amount of food produced, the organic advantage becomes less certain (few studies have examined this question). Indeed, on some variables, such as water quality and greenhouse gas emissions, organic farms may perform worse than conventional farms, because lower yields per hectare can translate into more environmentally damaging land-clearing.

The jury's still out on whether the consumer is better off, too.

What's not-so-good: Scientists can't confirm whether these minor micronutrient differences actually matter for our health. Because the difference in the nutritional value of organic and conventional food is so small, you'd do better just eating an extra apple every day, whether it's organic or not. Organic food is also more expensive than conventional food at present and therefore inaccessible to poor consumers.

Organic methods bring certain benefits for farmers, some costs and many unknowns.

What's good: Organic agriculture is typically more profitable -- up to 35% more, according to a meta-analysis of studies across North America, Europe and India -- than conventional farming. Organic also provides more rural employment opportunities because organic management is more labor-intensive than conventional practices. For workers, though, the biggest advantage is that organic decreases their exposure to toxic agrochemicals.

In short, we cannot determine yet whether organic agriculture could feed the world and reduce the environmental footprint of agriculture while providing decent jobs and giving consumers affordable, nutritious food.

It's a lot to ask of one industry, and there are still just too many unanswered questions. Some of these questions relate to agriculture, such as whether organic farms can eventually close the yield gap with conventional farms and whether there are enough organic fertilizers to produce all the world's food organically.

But some questions are also about humanity's collective future. Can people in the rich world learn to change our diet and reduce food waste to avoid having to increase food production as the global population grows? And are enough people willing to work in agriculture to meet the needs of labor-intensive organic farms?

A more useful question is whether we should continue to eat organic food and expand investment in organic farming. Here the answer is a definitive yes.

Organic agriculture shows significant promises in many areas. We would be foolish not to consider it an important tool in developing more sustainable global agriculture.

Only 1% of agricultural land is organically farmed worldwide. If organic land continues to expand at the same rate that it has over the past decade, it will take another century for all agriculture to be organic.

But organic farming's influence goes far beyond that 1% acreage. Over the past 50 years, organic farms have provided conventional agriculture with examples of new ways to farm and acted as a testing ground for a different set of management practices, from diversifying crop rotations and composting to using cover crops and conservation tillage. Conventional agriculture has neglected these sustainable practices for too long.

So yes, you should identify and support those organic farms that are doing a great job of producing environmentally friendly, economically viable, and socially just food. Conscientious consumers can also push to improve organic farming where it is not doing so well -- for example on yields and worker rights.

As scientists, we must close some of the critical knowledge gaps about this farming system to better understand its achievements and help address its challenges.

But in the meantime, everyone can learn from successful organic farms and help improve the other 99% of agriculture that's feeding the world today.

8 foods to superpower your immune system