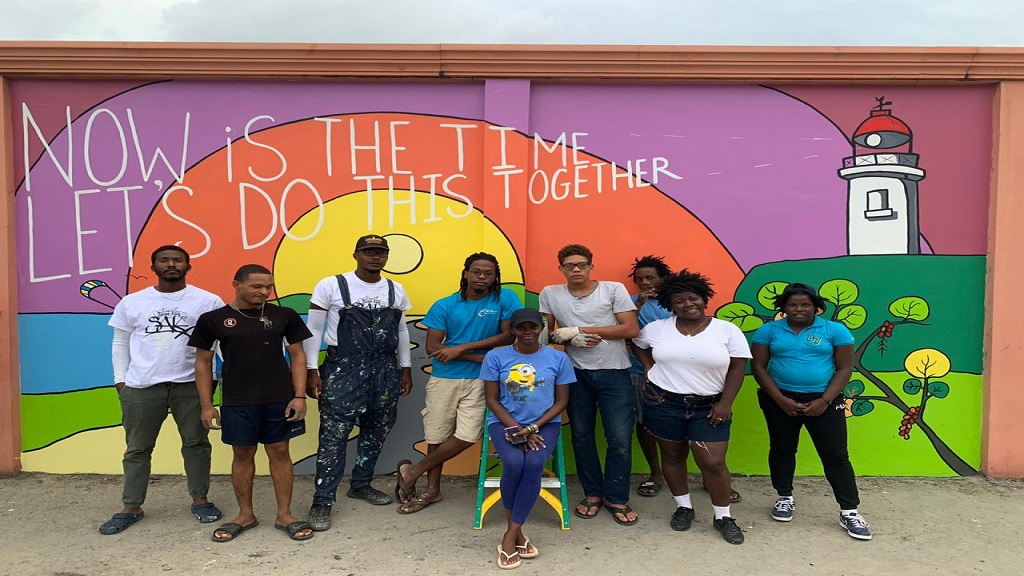 Sakey Productions concluded its island-wide Independence Mural Series with its fourth and final mural in the City of Castries today.

Proceeding this, three other murals were done in Canaries, Vieux Fort and Micoud.

The series was conducted as part of the continuation of the beautification project ‘Outdoor Gallery’ which was started four years ago.

Artist Naja Misaki Simeon stated “These murals is like building a community of artists, building togetherness of the country. So it’s going to be painted on the theme 'Now is the time, Let's do this Together' which is also the Independence theme’.’

The purpose of the murals is to bring some love, light and color into the city.

The mural, which depicts togetherness and unity, will be painted on the Gros Islet bus stop in Castries.

Mr Misaki Simeon invites all artists or anyone from the public to join in on the islandwide mural series.