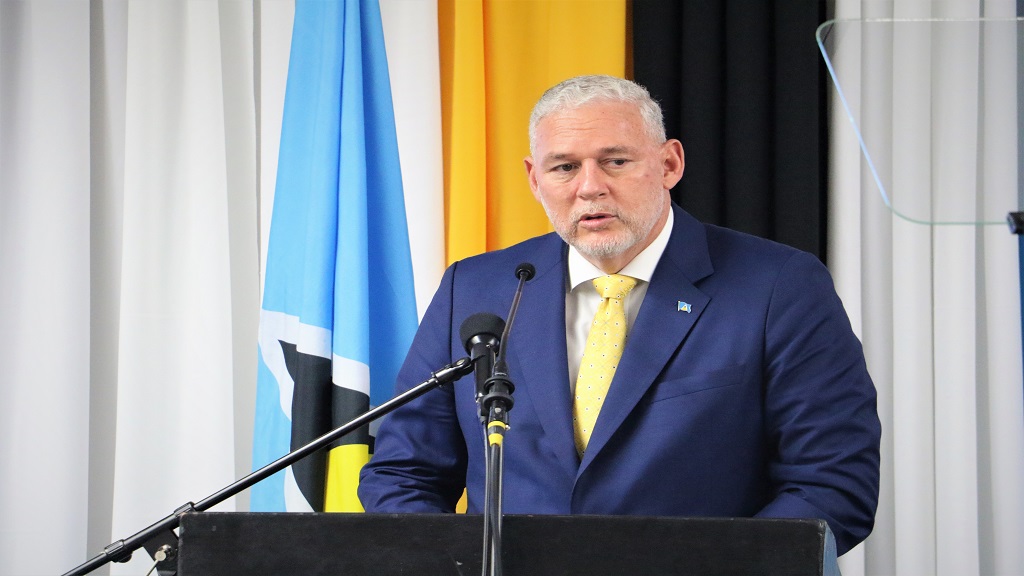 Prime Minister Allen Chastanet has taken exception to individuals he believes are attempting to exploit consumers hoping to stock up on groceries and other home essentials amid growing coronavirus (COVID-19) concerns.

"The entities that have been acting irresponsibly are individuals who are buying large quantities of items and then selling them. This is what we have to prevent from happening."

Prime Minister Chastanet went on, "I'm really asking the people of Saint Lucia to cease and desist from doing that. This is the wrong time to be taking trying to advantage of people."

Speculation of a nationwide shutdown, according to officials, has been linked to widespread panic shopping at local supermarkets in recent weeks.

Saint Lucia's largest retailer Massy Stores this week announced new regulations to contain the supply of everyday grocery items at their outlets. The move was endorsed by the prime minister who further suggested the police could be given the nod to enforce Massy's grocery item limits.

"I very much support the decision by the grocery chains to now put a quota system on. We have had a meeting and discussion with the police to assist and to be able to make sure there's enforcement of that."

The run on supermarket shelves he said is "unnecessary". Massy officials have assured the consuming public that grocery stocks will not deplete despite constraints on shipping and imports.

"There's unnecessary panic. There is sufficient food and product to go around and in particular if individuals start rationing how they're consuming items that's also going to be able to extend...."

To date, Saint Lucia has two confirmed cases of COVID-19, both of whom, according to the prime minister and Ministry of Health officials are recovering. Dozens more in isolation have tested negative for the virus.

On Friday, Chastanet in a press conference confirmed Saint Lucia will be operating at limited capacity from March 23 until April 5. New measures to prevent the spread of COVID-19 will include public curfews and limits imposed on the operations of the private sector.