PM cleared by CMO after possible COVID exposure at CCSS 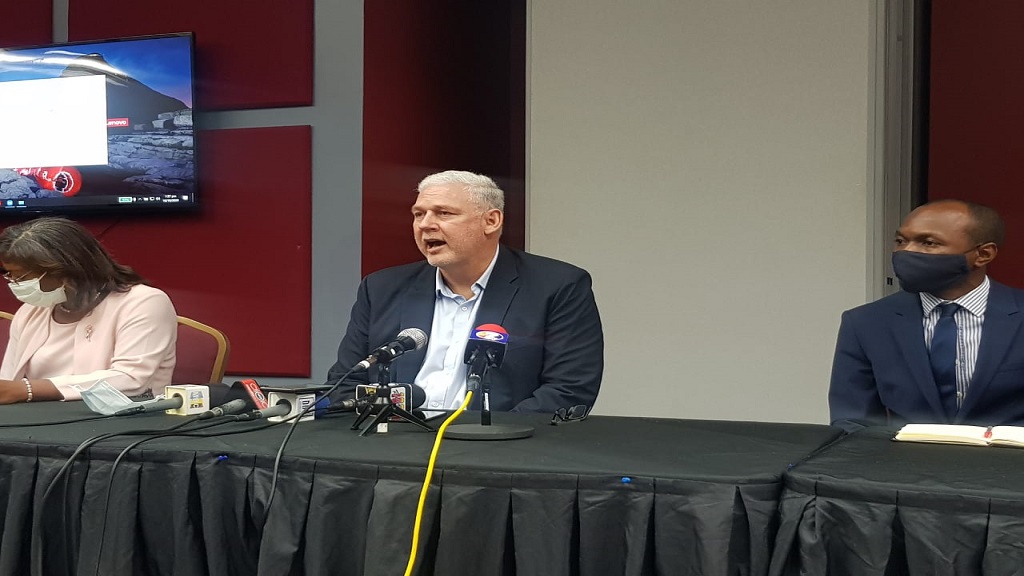 Prime Minister Allen Chastanet says he has been cleared by the Chief Medical Officer, confirming he was indeed part of the contact tracing exercise after a secondary school student was suspected of COVID-19.

The Ministry of Health received test results of the Castries Comprehensive Secondary School (CCSS) student and on Friday confirmed the 14-year-old as the island’s latest case.

Prime Minister Allen Chastanet was present at the CCSS distributing ebooks to students and was identified as a person of interest for contact tracing.

"The children I was in contact with was in form 3, which I believe the student was a form 3 student, and out of an abundance of caution, I voluntarily with the advice of the CMO stayed at home yesterday awaiting results of the testing," Chastanet said.

According to Chastanet, while the student tested positive for COVID-19, he was asymptomatic.

"Therefore the likelihood of spreading is minimal, in addition to that he was not in the hall that I was in. He was actually in his class at the time and my presence there I always had my face mask on... I only came into contact with two students which I handed over iPads to."

The presentation, which was documented, was reviewed by the CMO and cleared the Prime Minister of being infected.

"I'm hoping that by my example Saint Lucians will take the same precaution. We have had too many examples of persons arriving to work and being tested downstairs to have fever which means that they would have traveled in a bus, had been unfortunately in contact with persons and they might have been sick. So we are asking everyone if you don't feel well please stay home.

Call 311 to get advice on what suppose to happen. Get tested!" Chastanet said.