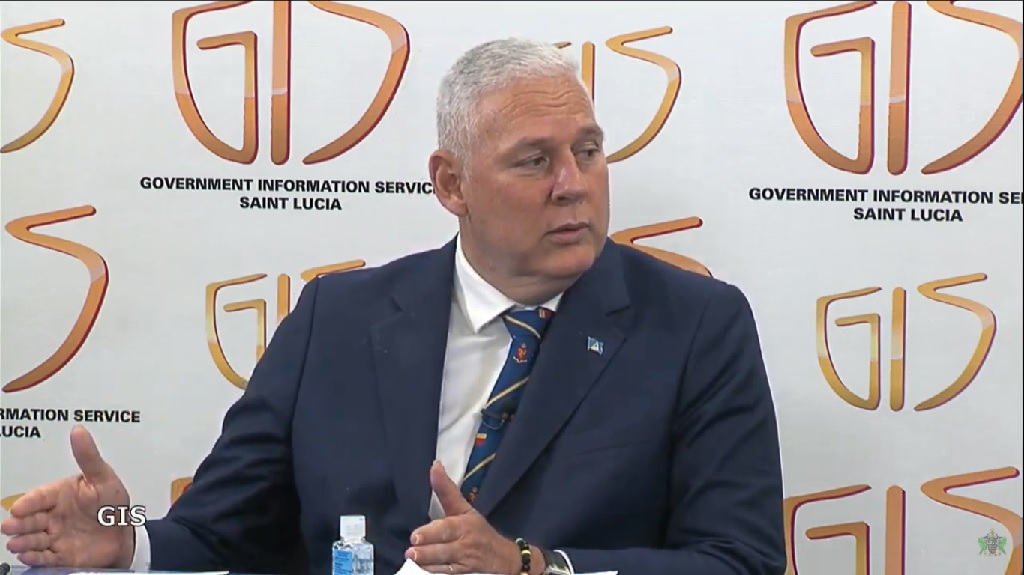 Prime Minister Allen Chastanet did not mince words in an address to the nation, Monday, March 23, 2020.

"We need the public's participation. The disregard to your fellow St Lucians must stop and understand that your actions are not only putting other people in jeopardy, but are putting your family, and most importantly yourself, in harm's way."

The prime minister appealed time and time again during his update on what he termed a war against the coronavirus for St Lucians to take the threat of the pandemic extremely seriously and to cease all indisciplined and selfish behavior.

"I'm asking you to stop behaving so selfishly. Think of other people. Think of the people who you love and I'm appealing to you, all of us as St Lucians to be all in, that's what it's about... we're not going to make it through this thing if some of us, or most of us, or nearly most of us participate. It only takes the irresponsible behavior of a couple of people to jeopardize everything that we're attempting to be able to do."

Chastanet called out the misbehavior of returning nationals from Martinique, who were the first to be quarantined at a facility in Rodney Bay this weekend. "Sadly for us, despite the fact that these individuals had been told in advance that they would be put into quarantine, the disobedience that ensued put even more pressure on us."

More nurses, police officers and even the SSU had to be called to restore order to the facility. The prime minister noted that a man who escaped the facility was turned in by his parents, who also then had to be quarantined due to contact with their son.

The mandatory stay at a quarantine facility for incoming persons came after people did not maintain proper self-quarantines at home: "Some of the St Lucians that were put into self-quarantine have actually been in breach of that and have been circulating outside their homes when they were told specifically to stay at home."

The prime minister said that if St Lucians had acted in a less lawless manner, perhaps they would have been able to take in more St Lucians from around the world who want to come home. However, due to the poor behavior, the decision was taken to bar all incoming flights to help prevent the community spread of the pandemic.

"I want to make a special appeal to St Lucian tonight. Corona does not discriminate against anyone. You can be rich, you can be poor, you can be a farmer, you can be a businessperson, you can be young, you can be old. We're all susceptible to catching corona. And in fact, in our youth is the greatest danger because in many of our young people they may not exhibit the symptoms... but they can have it and inadvertently spread it very easily."

"This is not a huge sacrifice to ask! Think of one person that you love in this country, more than anything else, and every time it becomes difficult, think of that person and what you're potentially exposing that person to."

The prime minister warned that those caught in breach of the 11 pm to 5 am curfew would be held together at a location and may be exposed to the virus in detention. He also said he would look to expand the hours of the curfew if further breaches take place.

CMO thanks police and community for returning quarantine escapees