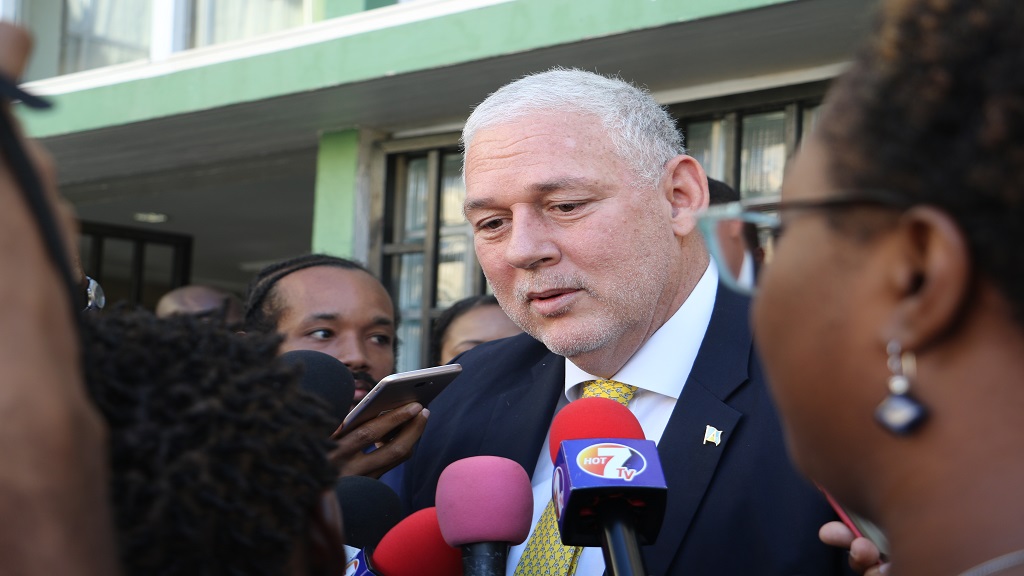 Prime Minister Allen Chastanet spoke with reporters ahead of a session of parliament today, March 10, 2020, on the subject of the coronavirus (COVID-19).

The government and Opposition Leader Philip J. Pierre have recently been involved in a back on forth on the subject of the nation's level of preparedness.

The prime minister assessed the situation saying, "Given the time that we’ve had, we’re getting as prepared as we possibly can. I thought that Dr Belmar and her team have done an amazing job and I was very grateful to the opposition who attended the NEMAC meeting, who also appreciated the amount of work that has been done."

Shawn Edward and not Pierre attended the NEMAC meeting.

In a recent UWP release the party demanded that Pierre apologize to the nation for "careless, erroneous and disingenuous statements about Saint Lucia and the national response to COVID-19," for stating that "Saint Lucia is the worse prepared island for this virus in the region."

The prime minister continued his assessment saying, "Under the circumstances, I am very satisfied and I’m very proud of the work that the Ministry of Health and the team have done. The government has supported them financially in every single way. I think we’ve engaged all potential protocols and not only are we looking at this from a health perspective which is critical but also from an economic perspective and thank God that we were doing that because you saw what happened yesterday in the global stock markets."

Chastanet said, "We have been able to achieve something pretty remarkable in a very quick time, that is establishing a specific protocol that speaks to the cruise industry. That protocol was sent out on Friday and we had a meeting with Carnival as well as Royal Caribbean in Miami with our CMO and our environmental officer to go through the details of that protocol."

On the much-debated subject of a quarantine location, he said, “We’re looking at every possibility… I’m waiting for specific details to be able to address the nation on what we’re going to be doing but we have put in resources to get 15 beds available at Victoria Hospital and we’re looking for a much more comprehensive plan which I’ll be able to announce very soon."

Pierre has many questions regarding govt's approach to coronavirus