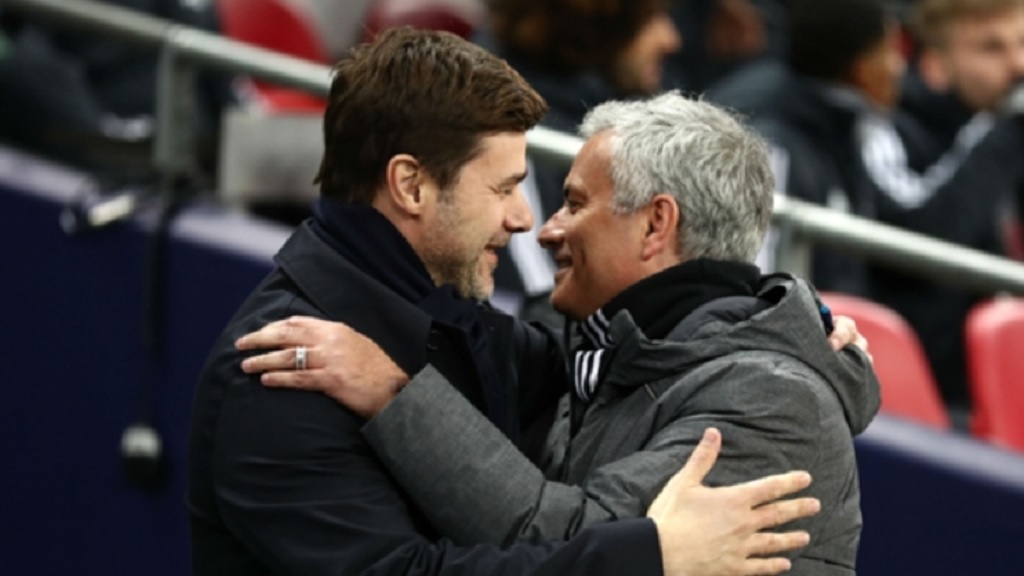 Tottenham sacked Pochettino in November, with the team that reached the Champions League final in the 2018-19 season sitting 14th in the English Premier League.

Mourinho was drafted in as his replacement but has struggled for consistency despite lifting Spurs to eighth, overseeing elimination from the FA Cup and Champions League before the coronavirus pandemic brought the campaign to a halt.

Asked if he felt any resentment towards Mourinho, Pochettino said: "No. Look, with Jose, we know each other for a long time."

During his time in charge of Espanyol, Pochettino was linked to the Real Madrid post held by Mourinho.

Ahead of a meeting between their sides, the Argentine responded to questions about the reports by saying: "My kids are sleeping in Espanyol pyjamas every night so it's very difficult for me to think about changing clubs."

It proved to be the start of a warm relationship, with Mourinho showing his gratitude by presenting Pochettino with a gift ahead of the match.

Pochettino said: "It was a very nice bottle of French red wine for me and two Real Madrid kits, Jose says: 'Okay, these are for your kids to wear from now on.'

"We have kept a good relationship since then and I am so happy he is at Tottenham, replacing me.

"I am happy as well to have left the club in the condition that we left it and for sure he is very grateful for the way that we helped to build the club, which is now his club."

Pochettino added: "I always think I'd replace him. He was at Real Madrid. I say: 'Oh, maybe one day I can take your place at Real Madrid.' But look at how life works out. He has taken my place at Tottenham. Unbelievable, eh?"

Failing to guide Tottenham to Champions League glory still rankles with the 48-year-old, who felt they were the superior side despite losing 2-0 to Liverpool in Madrid.

"We were much better than Liverpool and maybe we deserved a better result but finals are about winning," Pochettino said.

"It's not about to deserve or not to deserve. No one is prepared to concede in the Champions League final like we did after 30 seconds and that changed everything, all the emotions.

"It is difficult to prepare a team for that happening. I was so disappointed afterward. It was difficult to stop crying, to stop feeling bad."

Pochettino soon became aware that it would be tough to build towards further success with Spurs thereafter.

"I knew that after five years at the club and with the way we were working and all the things that happened, it was going to be difficult," Pochettino said.

"It changed a little bit in our minds the possibility to stay open to design another plan or a strategy to build again a different chapter. A different project should be difficult for us to maintain, to keep improving."

However, he harbours no ill will towards Tottenham chairman Daniel Levy for relieving him off his duties after a tough start to 2019-20.

Asked whether he wished the Champions League final had been his last game with Spurs, he replied: "No, because my commitment with the club, with Daniel and, of course, with the players and the fans was massive.

"I said to Daniel that we finished in the way that no one wanted but the end … it needed to happen. If not, our relationship will continue for ever! And maybe that's no good for the club or for us.

"When the decision came, we needed to move on. The decision for us to be hired was fantastic and when the decision is not good for you, you need to show the respect. Always, Daniel is going to be my friend. All the people at the club will be."