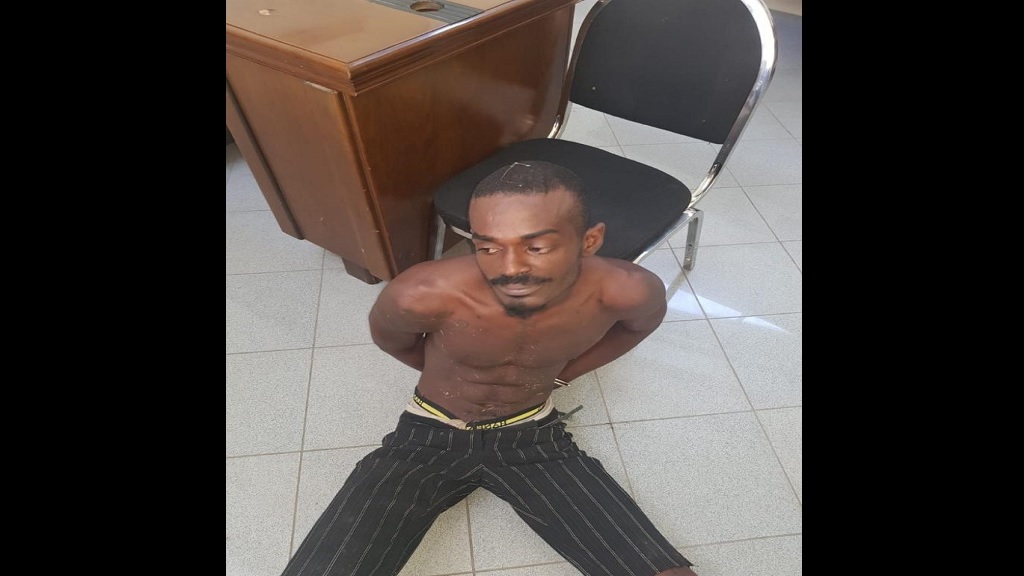 One of the two prisoners that escaped from the Bordelais Correctional Facility yesterday, Saturday, March 21, 2020, has been recaptured.

Police apprehended Dave Joseph, who has been on remand for murder, in Dennery on Sunday.

He was charged in 2015 for murdering 18-year-old Brandon Breedy of Hospital Road. Breedy was asleep on his bed when he was shot. His body was discovered by relatives on a mattress full of blood. He received three gunshots to the head and chest.

Joseph was one of two men that managed to escape from the prison, with four others having been caught shortly after their attempt.

Prisoners at BCF staged a riot Sunday morning following a total lockdown of the facility.

Inmates lit mattresses on fire in retaliation to the lockdown, which came as a result of the prison break.

“Because the prison is on lockdown, the remand unit guys’ burnt mattresses in the hallway,” Director of Corrections, Hilary Herman disclosed.

Desir: Call police if you have information on quarantine escapees