Police issue statement on detaining of 'individual' at protest 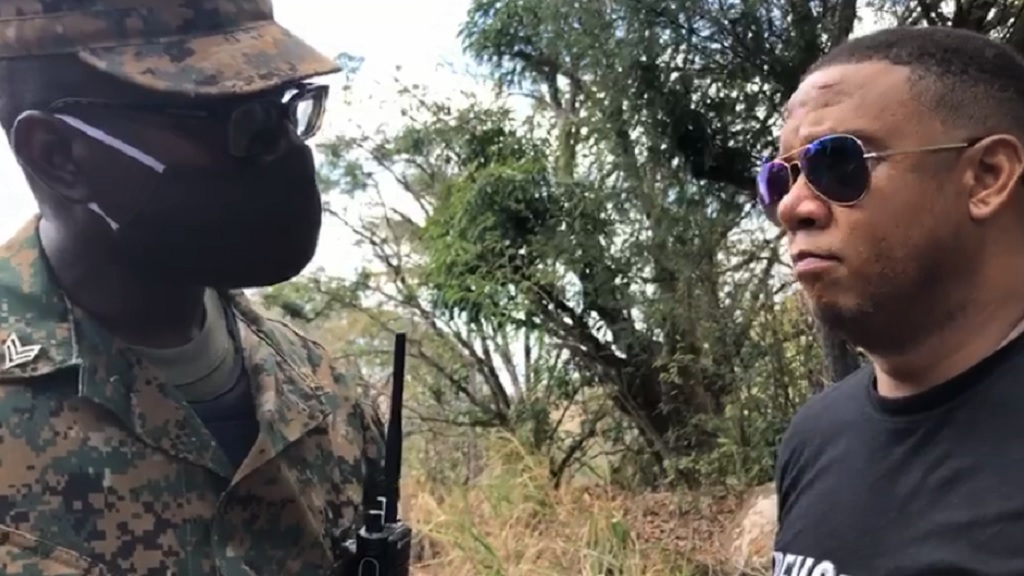 Police have issued a statement on the detaining of an individual at Sunday's 'anti-Chastanet' motorcade protest.

Christopher Hunte, a broadcaster and vocal critic of the government, was detained on suspicion of leading an unlawful protest. The detainment was captured on video and widely spread on social media.

"The Royal St Lucia Police Force was made aware of an unauthorized motorcade scheduled for Sunday, June 14, 2020, commencing in the city of Castries, at 11 am.

The procession was advertised with stops in all constituencies around the island, as per a clip from the “Can I Help You” talk show, hosted by Mr Richard Frederick, titled “Moving on an Anti-Chastanet Drive”.

As per the clip, he called on various members of the opposition, Saint Lucia Labour Party, disgruntled supporters of the United Workers Party and all other interested persons to join the cause.  The said procession was also advertised by other individuals purporting to be organisers, via various media.

At the end of office hours on Friday, June 12, 2020, the office of the Commissioner of Police, had not received any application for such a motorcade, which is a requirement under the Public Order Act Chapter 14.05 latest amendment of December 31, 2014.

The act authorizes the Commissioner of Police, upon receipt of an application, to deny or approve such an activity; again no application was submitted. The act makes it an offence to lead or participate in a procession, without the prerequisite approval. If permission is granted, it is then the duty of the police to ensure that during the conduct of the activity, law and order is maintained.

On the morning of Sunday, June 14, 2020, Mr Frederick contacted Mr Milton Desir, Acting Commissioner of Police, via telephone, and there was a conversation reference to the said motorcade. Mr Frederick agreed to call off the motorcade since he did not apply and therefore did not have permission to hold such an activity.

Later that morning the officers present confirmed that Mr Frederick made an announcement, on Jeremie Street, Castries, where persons had assembled for the commencement of the procession, stating that permission was not granted for the motorcade. He also urged persons to leave the area.  A video of Mr Frederick making that announcement to the attendees was also circulated on social media.

Later during the day, there was information that the motorcade left Castries and proceeded in the direction of Anse La Raye, despite the announcement of the non-approval, at the apparent behest of one individual. That individual was later detained on suspicion of contravention of the provisions of the Public Order Act.

The Royal Saint Lucia Police Force respects and supports persons’ rights to participate in, and or organise public protests, marches, meetings or motorcades, however, we encourage persons to adhere to the laws governing such processes.

We also take this opportunity to remind persons that if they insist on leading or proceeding with these unauthorized activities, they will be committing an offence under the Public Order Act.  Notwithstanding the provisions of the Public Order Act, we wish to remind the citizenry that we are currently in a State of Emergency, with Statutory Instruments, which regulate the congregating of individuals.

The Royal Saint Lucia Police Force wishes to encourage all people in Saint Lucia to continue adhering to the laws and protocols as we continue in our fight against COVID-19.