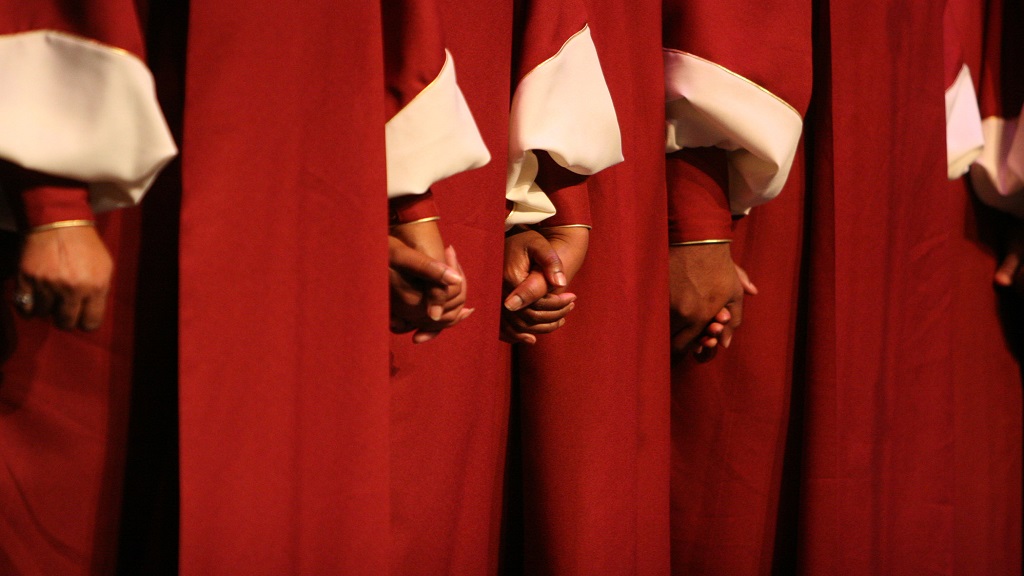 iStock photo of members of a choir holding hands.

Although the novel coronavirus (COVID-19) has not been diagnosed in Jamaica, church leaders are moving to stay ahead of the fast spreading disease.

Jamaica is officially known as the country with the most churches per square mile and the island's Christians, who are in the majority, traditionally congregate when worshipping. Apart from weekly, Saturday and Sunday services, large crusades are often held under tents throughout the year.

With some countries now banning or curtailing activities involving the church as they battle to contain the virus, Jamaica’s church leaders are taking notice and are being proactive.

Blair has told his congregation that apart from praying and trusting God, they have a personal responsibility to be cautious.

“So in our cautiousness at 104 yesterday, (Sunday) I told my congregation that until so advised, we will not join hands together in prayer because we are not aware of what maybe in the congregation.

“We’re not saying that the thing (COVID-19) is in the congregation, we’re saying it’s a possibility that you may have a visitor with the virus that passes it on to some of us. So as to avoid the inevitability (of the virus arriving in Jamaica) let us pray without joining hands," Blair told Loop News during an interview on Monday. 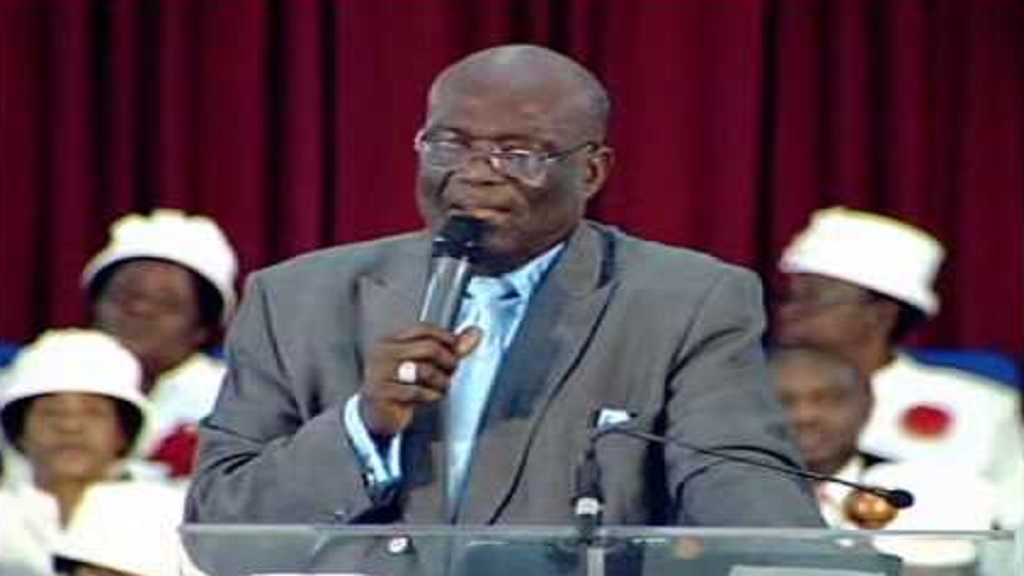 “We may shake hands if we want to, but we also need to avoid it where possible. We must also watch our spatial distance, how close we get to talk in other people’s face because fluid often leaves us and can create a problem,” Blair added.

“So we’re taking the necessary precautions, we have medical practitioners in our congregation who have, and will continue to bring us up-to-date on what is happening,” he continued.

While church services have been suspended in parts of some countries because of the coronavirus outbreak, Blair is optimistic, because of the early response of the Jamaican government to the crisis, that the country will not get to the stage of banning or recommending the curtailing of church services.

“But if we get to the place where we are requested to do so, certainly we will consider it,” Blair said.

Meanwhile, Blair said he took about 15 minutes out of Sunday’s service to talk to his congregation about the disease. He said he urged them to avoid the fake news and conspiracy theories being circulated on social media as these only serve to create fear and cause people to panic.

“All we have to do, in my ignorance, and I’ve said it to them, let us listen to those who have authority on the subject. We don’t even have to listen to the politicians per say because some of them will use it as a political tool when a pandemic that may be upon us is not anything for people to play with politically. It is something for people to come together and understand the rules of the game”.

When contacted, the Reverend Gary Harriott, pastor for the Bryce Charge of the United Church in Jamaica and Grand Cayman in Manchester, said “One of the most important things to do is to educate our people”. 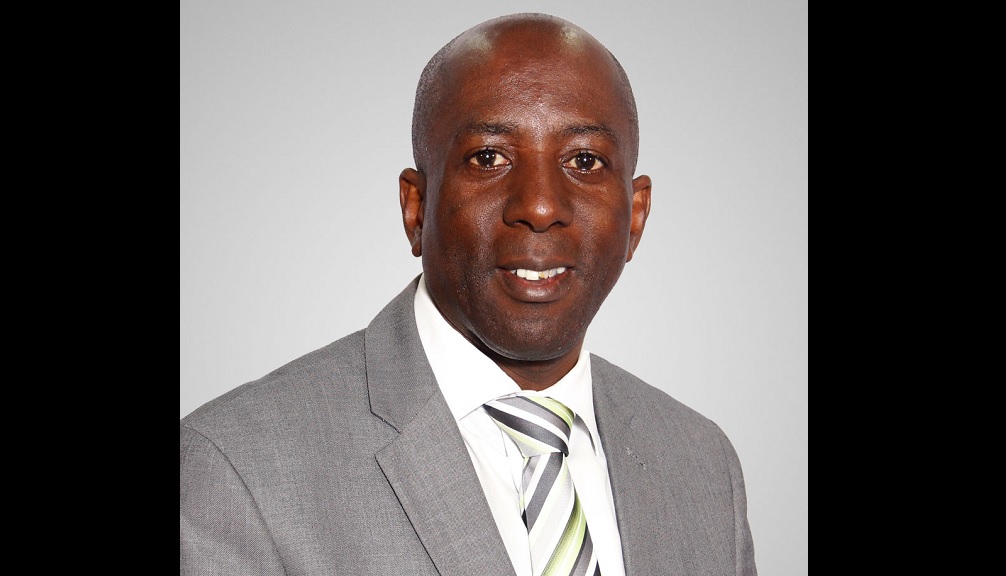 Harriott... we’re very committed to the health and wellbeing of our people.

Harriott, who was general secretary of the Jamaica Council of Churches (JCC) up to January this year, said he recently showed a video in church that he thought was helpful in this regard.

“Children and everybody saw it then I commented on some of the steps that we can take (to protect ourselves). I even asked the children questions and they were answering me,’ Harriott told Loop News.

The former longstanding general secretary of the JCC noted that the church has always responded to health-related issues including recent outbreaks of chikungunya, zika and dengue.

“The Ministry of Health and the other ministries have always looked to us when they needed to send out information to people about various things. So the religious space has been a helpful space for communication and we will arm ourselves with the information so we can help to protect our people,” Harriott stated.

He said, “If it comes to the point where the church may have to put off an event because of the risk involved, then it’s the right thing to do”.

He noted that the World Council of Churches (WCC) has postponed its Central Committee meeting that was scheduled for March in Geneva, until June. He noted further that the WCC typically works closely with the World Health Organisation.

Harriott stressed that “we’re very committed to the health and wellbeing of our people and therefore, whatever we need to do as a part of the response, then I do not see any difficulty with the church doing that. 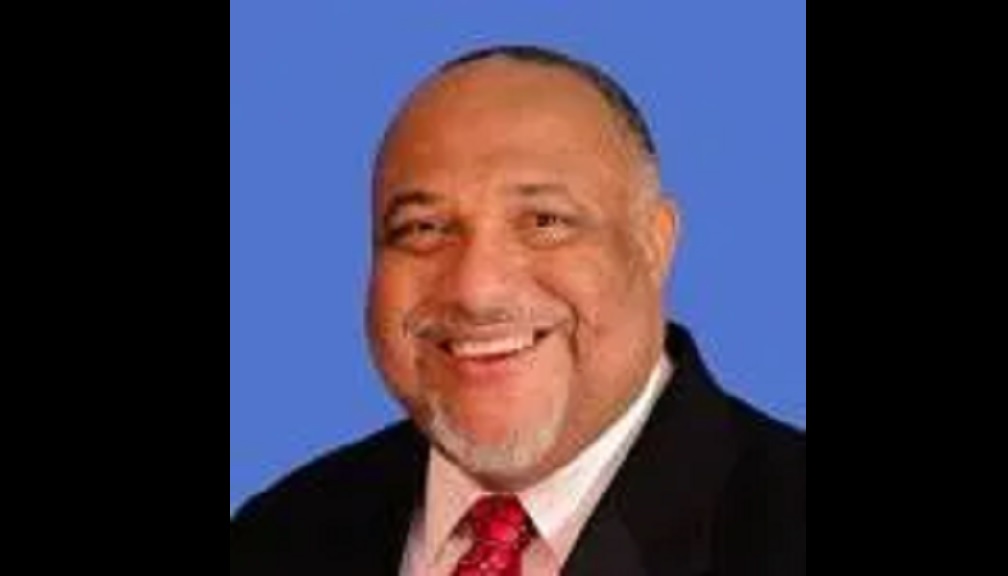 Dawes... says he would advise worshippers to be guided by what the authorities have to say.

When asked if Jamaican churches would be willing to suspend services if asked to do so, Harriott said, “If it became an issue I believe that we would”.

He pointed out that, in some jurisdictions where there is an active COVID-19 outbreak, worship services were being conducted online. That approach, he said could be adopted by Jamaican congregations.

Meanwhile, Mark Dawes, pastor within the Missionary Church Association in Jamaica, told our news centre that while he has not yet articulated a position to any of the churches at which he has preached recently, he would advise that congregants “pay attention to official channels of communication like the Ministry of Health, the World Health Organisation and the Pan American Health Organisation.

“They are the ones who should know about this disease so be guided by what they have to say,” Dawes said.

In the meantime, pastor at the Tower Hill Missionary Church which is located at 159 Olympic Way in Kingston, Rennard White, said “We really ought to follow the guidance given by the Ministry of Health and to be very aware that this thing is potentially dangerous”.

With no confirmed case in Jamaica, White believes it is too early to be talking about curtailing church services in order to avoid close people-to-people contact.

“I don’t think we are there yet but we must be very aware of the presence of the virus out there and to stay abreast of the news. The church must be willing to cooperate with whatever directives are issued by the authorities,” he said.

President of the JCC, the Reverend Newton Dixon, was contacted by Loop News for comment but he has yet to respond.

With the fast spreading novel coronavirus having already infected nearly 90,000 people worldwide, killing more than 3,000, the authorities in Italy and South Korea have curtailed church activities in parts of their respective countries where they are grappling to contain the virus.

In the case of South Korea, which has more than 4,200 cases, the most by any country outside of China, a church has found itself at the centre of the outbreak.

On Monday, the head of the religious sect that has been blamed for the outbreak apologised to the nation. Lee Man-hee, the leader of the Shincheonji Church of Jesus, got on his knees and bowed at a news conference. According to media reports, about 60 per cent of the country's more than 4,000 confirmed cases are sect members. Deaths nationwide now stand at 28.

In Italy, which has over 2,000 cases, the most for any European country, church services were suspended in the north of the country on Sunday.

No need to ban large gatherings such as Champs, says Dr Paul Wright