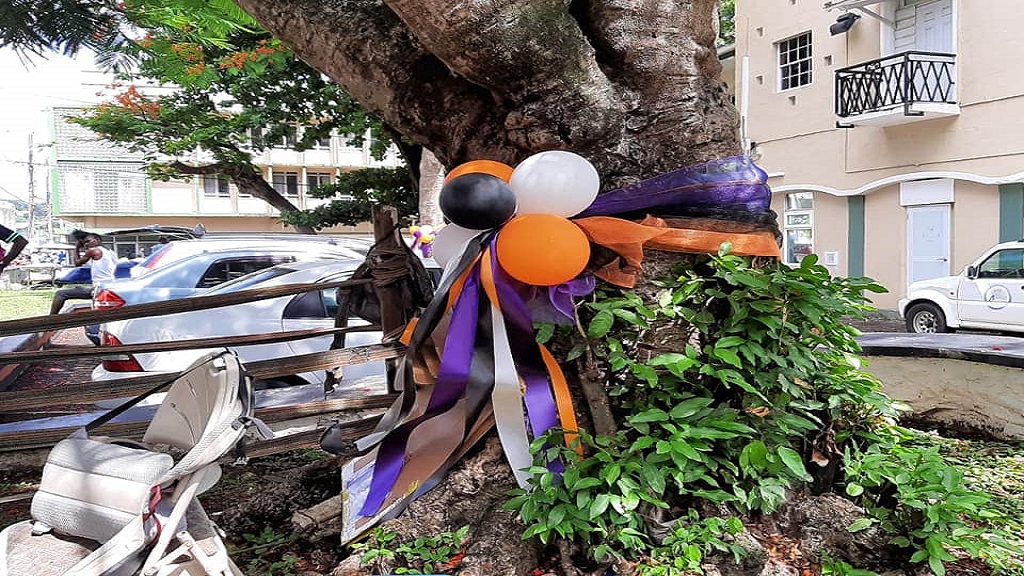 Yesterday (July 30), was the funeral service of Annella Wilson, the young woman whose life was cut short at Pigeon Island on Sunday, July 12, 2020, allegedly by a former partner.

Raise Your Voice St Lucia, advocates for women's issues, paid tribute to her and all other gender and domestic violence victims by setting up a series of purple, orange, black and white balloons along Micoud Street, Castries.

According to Raise Your Voice's Catherine Sealys, the colors used are universally synonymous with domestic violence: “We are hoping that people become aware and are more willing to report domestic violence even on behalf of somebody so that we can reduce the incidence of domestic violence in Saint Lucia.” 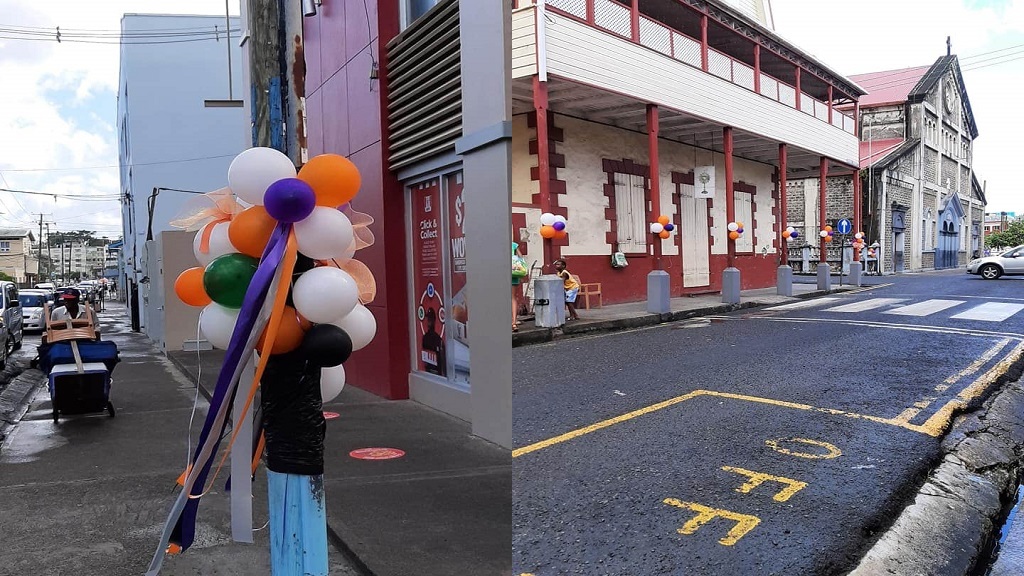 The group went on to express their dissatisfaction with the government not allocating funds received from international funding agencies to women and children of domestic violence and social protection issues.

“It is a very dangerous situation right now because a lot of the women who had walked away from a domestic violence relationship, that had gotten a job, that were independent, are back to square one because the hotels are closed and a lot of the businesses in town have sent staff home so a lot of people are unemployed,” Sealys said.

One of the women in attendance expressed her sadness with the situation in St Lucia: “I am so sad that Gender Violence continues to plague us. We need to do better. We need to be each other's keeper. We need to SUPPORT each other. I am even more saddened that pictures have been circulating like hot bread whilst families are struggling to come to terms with this loss, and another is struggling for life at OKEU. Can we be a little more sensitive? Can we help?”