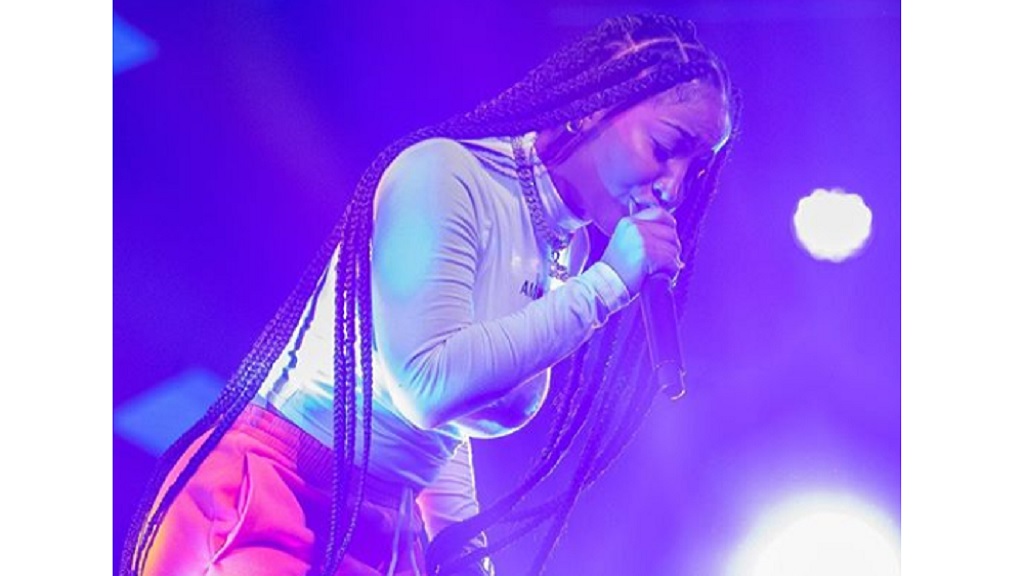 Dancehall star Shenseea performing for a virtual audience at 'A Taste of Sumfest' on Friday.

Tens of thousands of people logged onto various online platforms to watch dancehall night of 'A Taste Of Reggae Sumfest', the virtual concert organised by the promoters of Reggae Sumfest as an alternative to the annual event amid the coronavirus pandemic.

Friday's show, which featured a stellar lineup of veteran and newly established dancehall acts, was a tremendous success, according to the organisers.

Indications are that on Instagram alone, the event had 3.6 million impressions, although only 45,000 watched the event live on the platform. Facebook had up to 60,000 persons watch the event live while the Reggae Sumfest YouTube channel attracted 20,000 live viewers, organisers said.

Viewership of the event ballooned on all three platforms Saturday. At noon, some 340,000 persons had tuned in to watch the event on Facebook; 101,000 on YouTube and 80,000 on Instagram.

The organisers are also reporting that the event’s online presence has jumped significantly, resulting in the following on Instagram more than doubling from 42,000 to 98,000 in just a day.

The annual event, usually held at the Catherine Hall Entertainment Centre, in St James, was cancelled this year because of the threat of COVID-19.

Friday's virtual show was the first of two continuous nights of live performances.

According to Tara Playfair, who fulfilled the role of lead marketer for the event, the statistics are amazing and the interactions of the fans during the event were fantastic.

“People were proud that this was coming out of Jamaica and it was an all-Jamaican cast putting out this quality live. Many people said they were experiencing Sumfest for the first time and enjoyed it. There was not one negative from the people,” Playfair said.

She said Facebook officials have reached out to the organisers to express how impressed they were with the “phenomenal” success of the event and the numbers that the event pulled to the platform.

Dancehall lovers treated with 'A Taste of Sumfest'