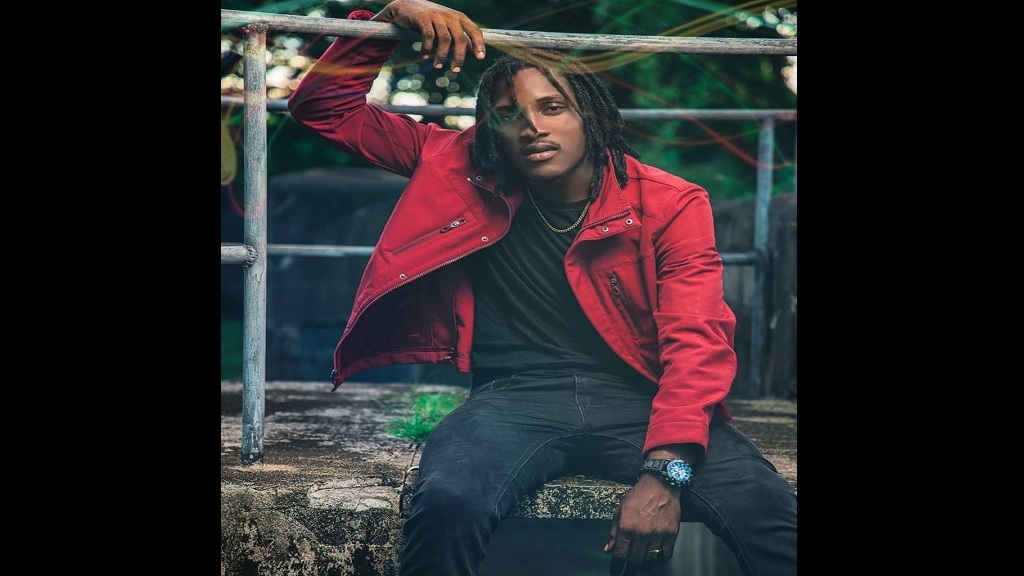 If you have ever experienced the sounds of Envoice Band, then I am sure you have been serenaded by the lead vocalist, Andy ‘Gersham’ Alexander. He is a young, free-spirited musician with a profound love for Reggae music.

Growing up in Grace, Vieux-Fort, Andy was always inspired by the captivating musical performances in his childhood church.

His burning passion for music, driven by a constant exposure to playing instruments, led to him landing a role as a drummer in a country band. After seven years, he left the band and started his own called ‘4th Element’ which disintegrated after two years.

In search of new opportunities to fulfill his dream, Andy moved from his hometown and permanently settled in the north of the island. Once there, Envoice caught wind of his talent and a member contacted him for a one-night performance as the lead vocalist for the band.

Amazed by his overwhelming performance, the band leader offered him a permanent singing position. His bandmates nicknamed him ’Bob’ because of his love for legendary reggae artist Bob Marley and his obsession with reggae music.

Gersham made his debut in reggae music with his first single ‘Warning’ in November 2019. He wrote the song to express his dissatisfaction with the upsurge of violence in Saint Lucia.

Fast track to 2020, last month he released ‘Your Love’ on the New Wave Riddim produced by Arthur.

This song has been making airwaves portraying Gersham’s powerful, sensual vocals and a message of genuine love for women. Although COVID-19 rolled in and slowed him down, Gersham says he has tons of music to be released including one named ‘Highest Grade’ which advocates for marijuana.

He has also started a new business venture named ‘Ital Munch’ which he describes as his positive response to the effects of COVID on his livelihood.

The young artist aims to inspire and motivate young people to follow their passions. “The industry is not a bed of roses. There are lots of trials but do not give up after your first failure. Go for your dreams and never hesitate. If you’re second guessing yourself or you have doubts in your mind, then you’re already setting yourself up for failure.”