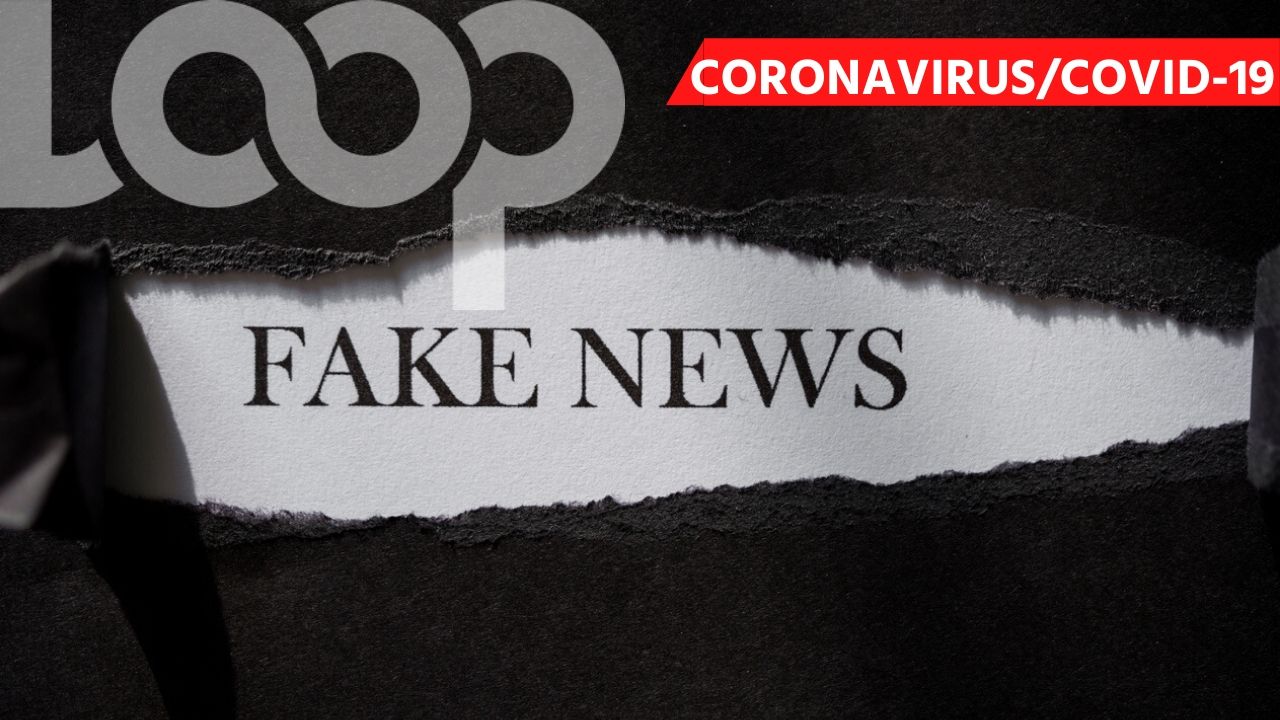 UPDATE: PAHO has corrected a report that stated St Lucia had 7 confirmed cases of COVID-19 as of March 27, 2020. PAHO has also written a letter to Minister of Health Mary Issac apologizing for the error. 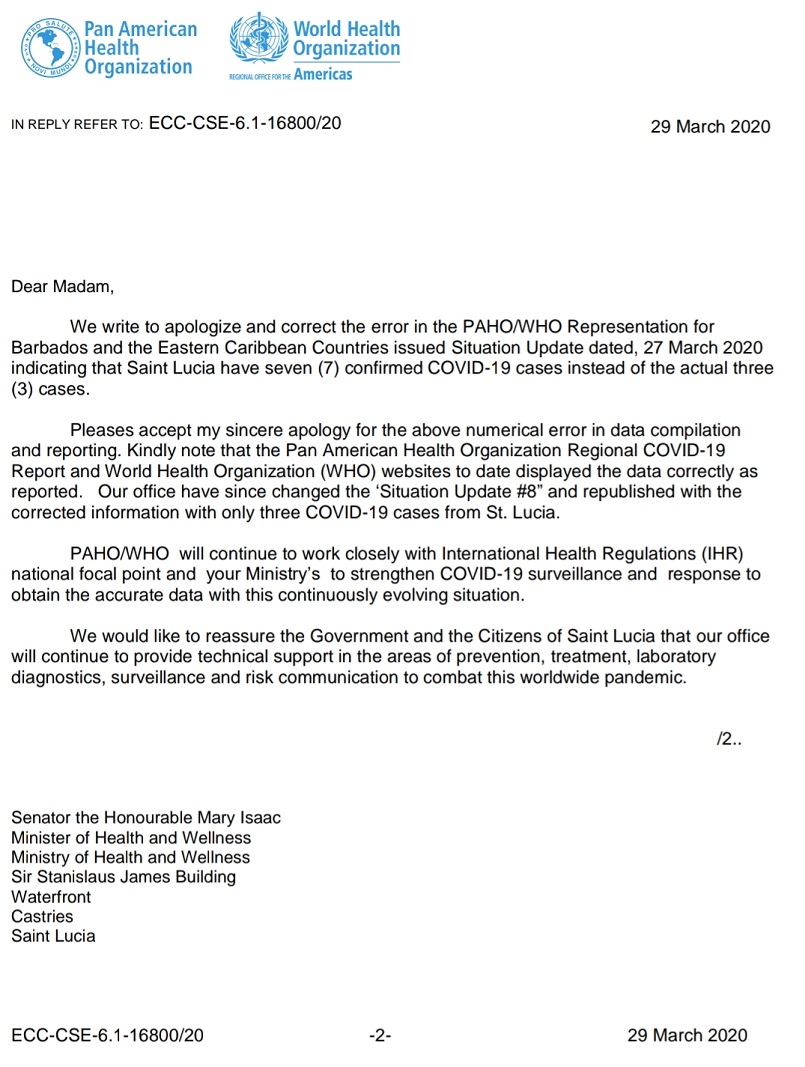 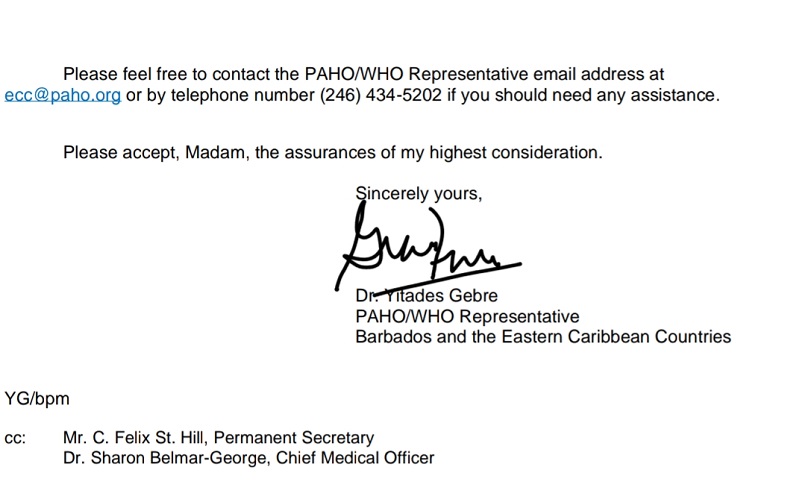 ORIGINAL STORY: The Ministry of Health has described as inaccurate a report stating there are 7 confirmed cases of COVID-19 in Saint Lucia.

According to a document bearing the logo of the Pan American Health Organization (PAHO) which gives an update on the novel coronavirus cases in the Eastern Caribbean as at March 27, 2020, Saint Lucia is shown to have seven confirmed cases of the virus.

“Concerning the document currently being circulated, this information is inaccurate for Saint Lucia,” Fernelle Neptune, Information Officer Ministry of Health and Wellness said via a social media platform.

The Ministry of Health issued a release on Saturday, March 28, 2020, confirming one new positive case, which brings our national total of confirmed cases of COVID-19 to four.

The patient is a 49-year-old female national with a travel history to the United Kingdom.

“The Department of Health and Wellness is currently asking PAHO to adjust the information published,” Neptune said.

She added, “At the time it was published we only had three confirmed cases and yesterday, March 28, we confirmed the fourth case.”

Earlier this week, Prime Minister Allen Chastanet told parliament that two of Saint Lucia’s three imported cases of COVID-19 at the time have left the country.

The other two patients are doing well and are in good spirits, health officials said.