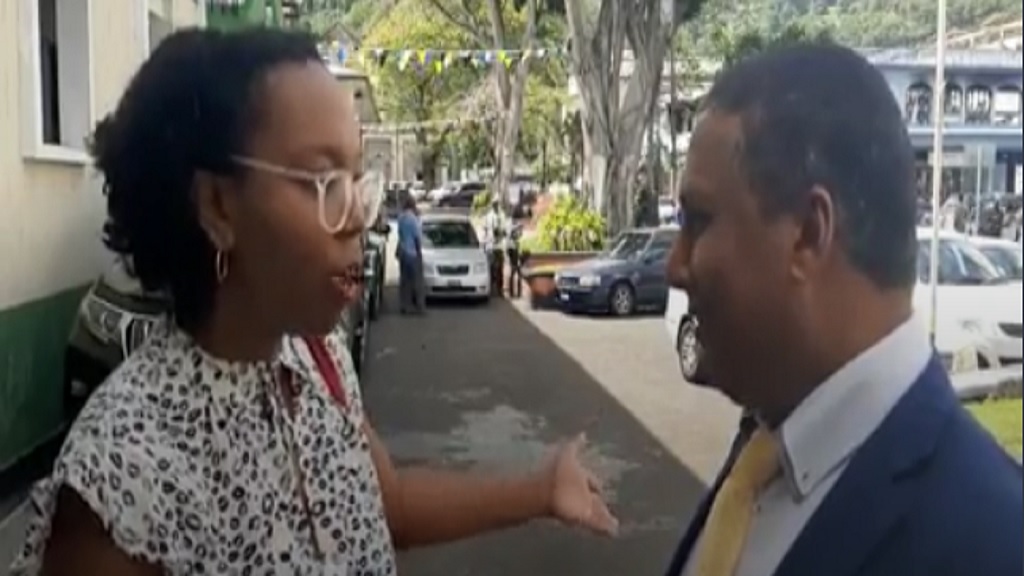 Ahead of this morning's session of parliament, reporter Janeka Simon was again ignored when asking a question of Minister for Economic Development, Housing, Urban Renewal, Transport and Civil Aviation, Guy Joseph.

This time, Simon of Choice Television, appeared to be perturbed by the snub, asking if the minister did not find his behaviour "a bit ridiculous."

Simon said that she was asking a question relevant to his portfolio in the Ministry of Transport where a bus driver denied a student a place on his bus. Joseph said that he had made his position very clear and that, "I answer questions that I want to answer from which reporter I choose to answer."

Joseph interjected, "That's from your opinion."

Simon continued, "I am out here trying to do a job, you making my job more difficult. You are in a position of power and influence. All you have to do is answer a question which is a valid question. I'm not asking you anything political, I'm not asking you anything controversial, I ask you to speak about a bus driver leaving a student down at the side of the road. Why you can't answer that?"

Joseph responded that he did not know about the incident being referenced as their conversation continued beyond the video.

Simon was first given the cold shoulder by Joseph back in June 2019 when he stated, "I have no intentions of answering any questions you ask me. If you want to be a politician then be a politician and then we will deal with it from a political perspective."

He continued, “When people declare they hands I speak to them. I know how to speak with my colleagues in parliament, because I know we are all politicians but when people disguise themselves with their political agendas and try to present themselves as reporters who are being objective, that is where I have the problem.”

In the wake of that interaction, Simon spoke to colleagues saying, "I am baffled as you are about this. I am not sure why he took that position. My job is to ask questions of the people holding public office and I intend to do that job as best as possible."

The relationship seemed to have taken a turn for the positive when the journalist and minister were captured sharing a moment of good humour together in January. 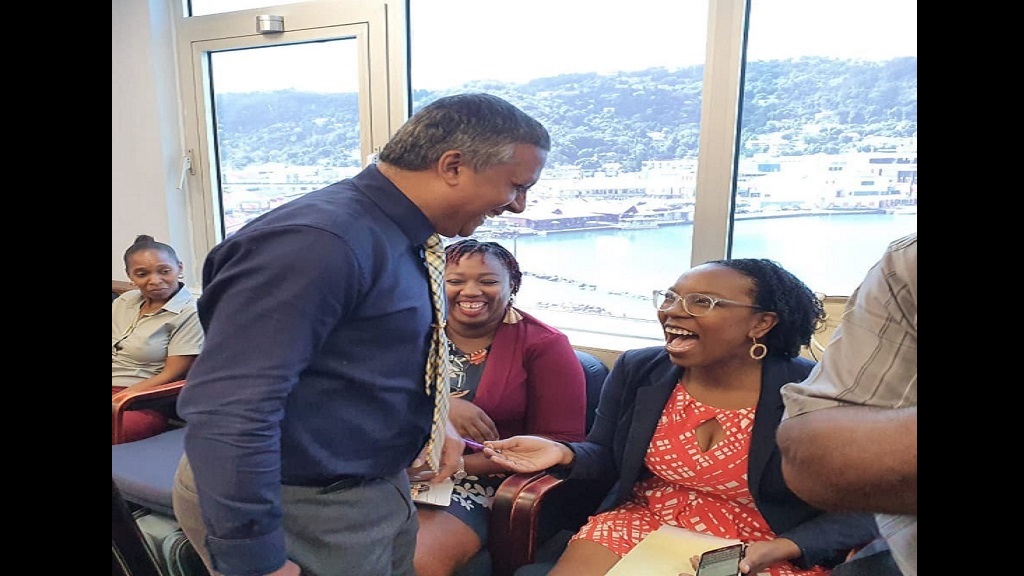 Joseph refuses questions from reporter he claims is a 'politician'