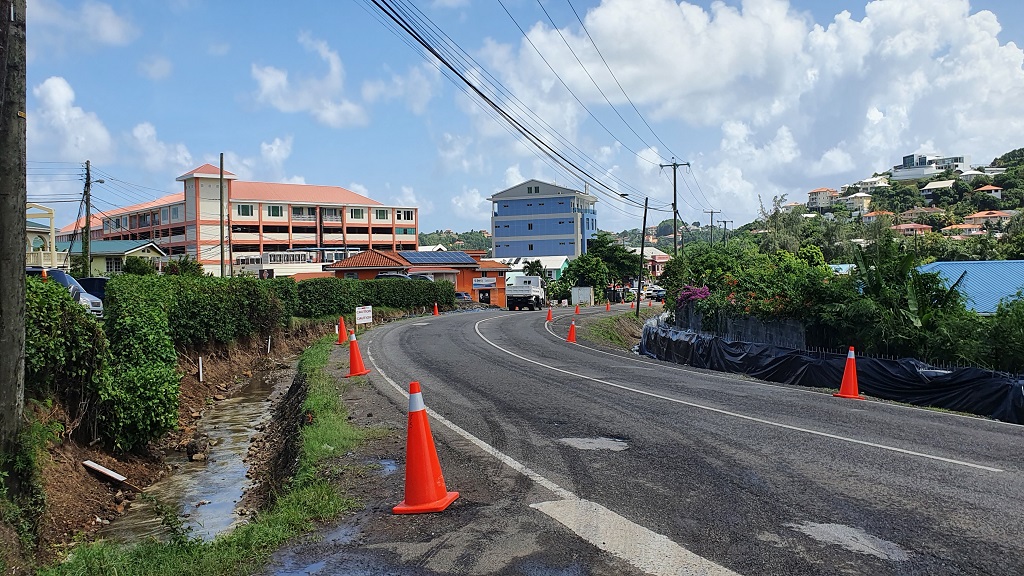 Former Chief Engineer John Peters does not believe the road expansion project currently underway in the north of the island will ease traffic congestion in the Rodney Bay area.

The project, which is currently in its first phase, seeks to alleviate traffic congestion along the Castries/Gros Islet Highway, which is one of the busiest road networks on the island, accommodating 20,000 vehicles daily.

Phase 1 encompasses the addition of two more lanes; drainage and slabbing works; sidewalks; and the installment of roundabouts. This will be followed by the construction of a walkover, median barriers and street lighting, completing the second phase of the project. T

he entire project comes at a cost of 15 million dollars. “After you spend 15 million dollars or whatever the undisclosed sum is in that intervention, what is the expected reduction in travel time from the north into Castries? I am doubtful if you save a minute of time, you would have plenty of time saved in your journey from the north into Castries,” Peters declared.

According to the veteran engineer, the principal issues for traffic woes along the Castries/Gros Islet Highway stems from the Marisule junction through Mongiraud/Monchy junction: “That is the section of the road where you have the most significant issues, primarily because that section of the road is functioning both as a primary road in terms of moving traffic in the north and the south and also a secondary road because you have businesses, houses, communities directly entering that particular road. If you check the number of intersections from Marisule to the Monchy gap, it is an astounding number of intersections and everyone creates a delay.”

Delays, he says, causes a ripple effect all the way up north. “That understanding is missing in terms of how we are dealing with the Gros Islet Highway. I am fully persuaded that that intervention standing alone is not going to create a significant effect upon the travel time from the north to Castries at the end of the day.”

The construction of a four-lane highway in the north of the island has been a talk shop spanning successive governments. Peters says the project was too expensive for the Government to undertake at the time. “We could not have afforded the land and property acquisition cost for that to be realized.”

Instead, the Ministry would have considered other selected interventions along the route, which would enhance and reduce the travel tie into the city. “I supported that decision because it was one that could have been justified from an economic standpoint,” he lamented.

The Rodney Bay Road Improvement Project is a design construct finance agreement with Fresh Start Construction, managed by the Department of Infrastructure and is expected to be completed in the next four weeks.