Ronaldo hails Neymar after being eclipsed by Brazil star 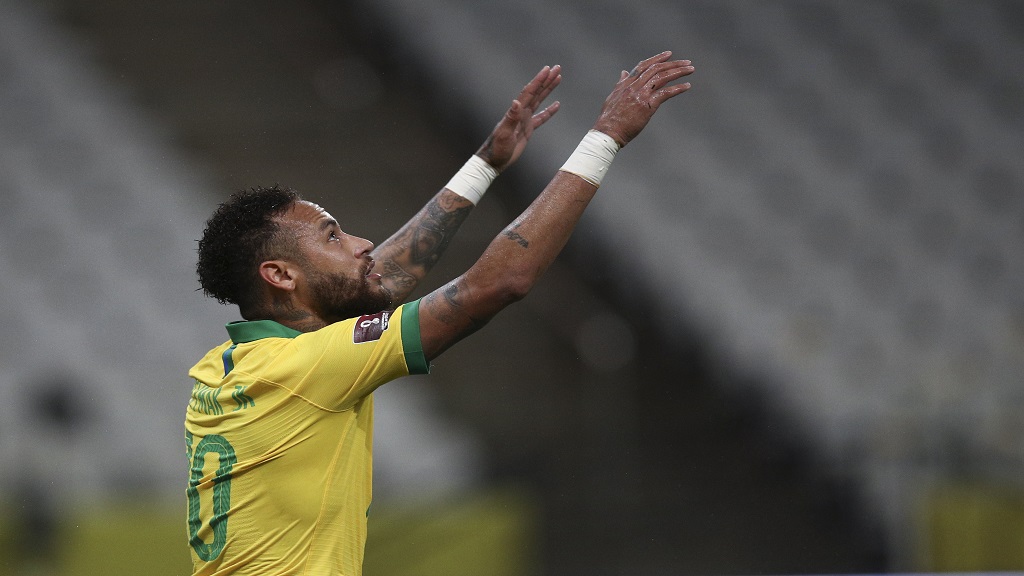 Ronaldo lauded countryman Neymar after being surpassed by the Paris Saint-Germain superstar to the second most goals in Brazil's history on Tuesday.

With 64 international goals, Neymar moved past Ronaldo (62), only adrift of Pele (77) for Brazil's all-time record at the age of 28.

Ronaldo, who won two World Cups during his time with Brazil between 1994 and 2011, used social media to praise Neymar's achievement.

"All my respect for you @neymarjr!," the 44-year-old former striker wrote via Instagram on Wednesday.

"He plays a lot, gives assistance, plays, dribbles and thrashes. The sky is the limit. Fly, kid!

"What a beautiful story you are writing. A complete and increasingly mature player. Crack!... Handling the pressure off the pitch is sometimes more challenging than the ball itself.

"Now tell me: where did we come from, where did we arrive ... who is going to tell us what is impossible? Keep trusting your instincts because the talent is yours and nobody can take it from you.

"You have a lot of records to overcome and marks to leave. Proud to see a Brazilian at the top!"