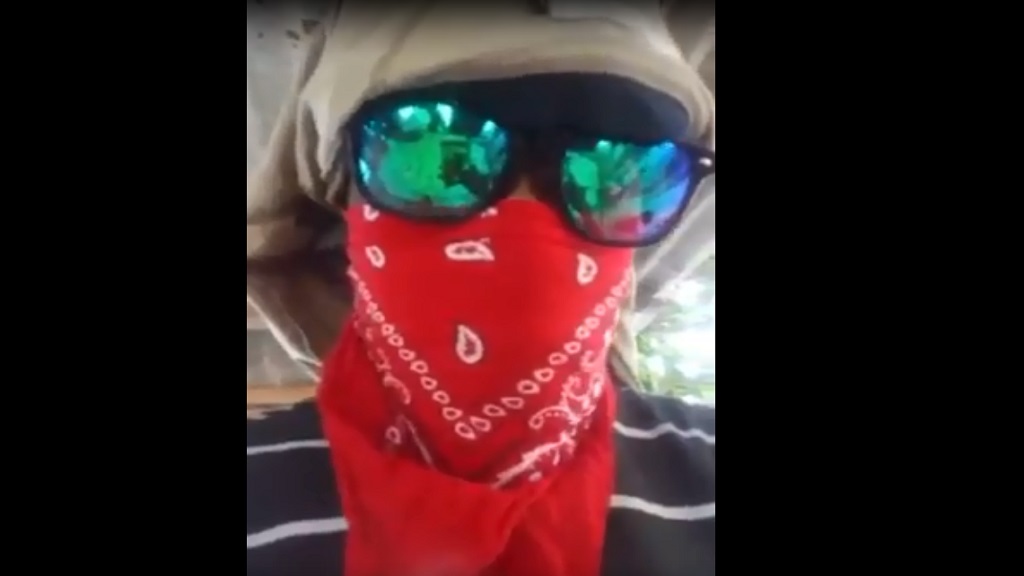 A still from the threatening video

The Royal Saint Lucia Police Force (RSLPF) has confirmed that an investigation into a threat made against Prime Minister Allen Chastanet is currently underway.

The 27-second video, which has been making rounds on Facebook, depicts a male individual with his head covered, sunglasses and a red bandana masking his face.

The video depicts the individual using obscene language and making threats against the Saint Lucian prime minster, with references to killing him.

Sources close to the Prime Minister confirmed knowledge of the video.

The matter is being taken seriously and has been reported to the police.

He continued, “We are hoping to get to the source and individuals responsible for them, especially those making use of obscenities and threats.”

The RSLPF has condemned such acts and is urging individuals to refrain from doing such.

“It is an offence to make use of threatening words to anyone under the criminal code also under the computer misuse act,” the top cop said.

How social media is affecting the health of young people