Rumour Has It: Man Utd close in on Dortmund star Sancho 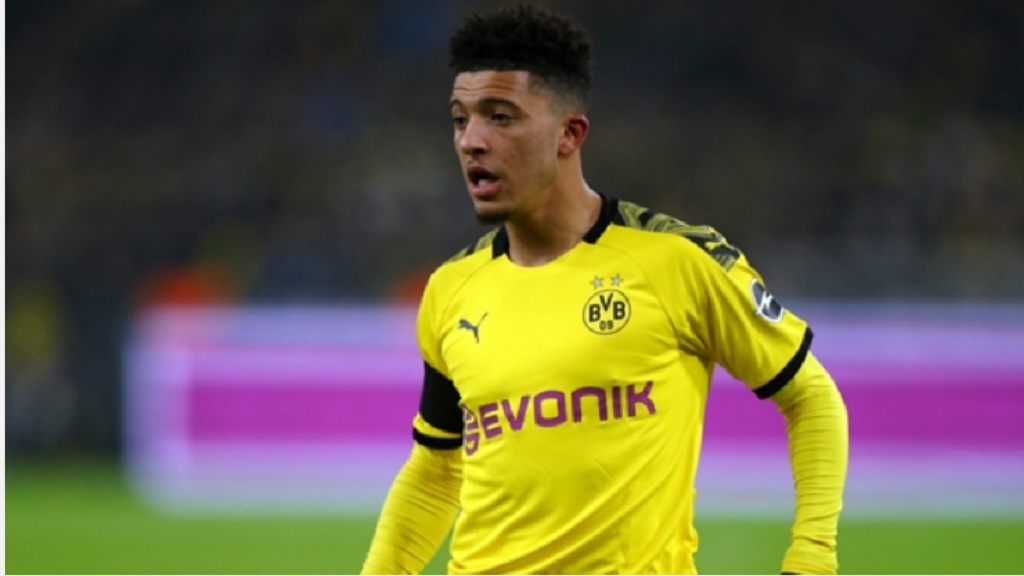 Manchester United have had no problem scoring goals amid their 19-match unbeaten streak across all competitions.

And Sancho is reportedly ready to make the move to Old Trafford.

Manchester United are close to signing Borussia Dortmund star Jadon Sancho, according to The Sun.

Sancho has been tipped to leave Dortmund for United amid links to Liverpool, Chelsea, Bayern Munich and Real Madrid.

Despite United's ongoing battle for Champions League qualification, Sancho wants to move to Old Trafford at the end of the season.

-  Juventus are not only in discussions with Napoli forward Arkadiusz Milik as the Serie A holders look to replace Gonzalo Higuain. Calciomercato says Juve have started speaking to the entourage of Arsenal's Alexandre Lacazette, who has also been linked to Atletico Madrid.

- Marca reports Manchester City are determined to sign Valencia star Ferran Torres but they are unwilling to pay over the odds. Torres has a release clause of €100million (£90m), which has deterred Real Madrid and Barcelona, though City are only prepared to spend a fixed amount of €35m (£31m).

- According to Kicker, either David Alaba decides to extend his Bayern Munich contract or he will be sold before becoming a free agent in 2021. Alaba has been linked to the likes of City and Paris Saint-Germain (PSG).

- There is a total agreement for Ralf Rangnick to take over from Stefano Pioli as Milan head coach in 2020-21, according to journalist Nicolo Schira. The German will arrive on a three-year deal.

-  Napoli's pursuit of Lille star Victor Osimhen is proving problematic. Tipped to join Napoli, L'Equipe claims Lille are unwilling to accept Adam Ounas as part of the deal for the Nigeria forward. Now, Il Mattino says United are interested, while SportItalia and Tuttomercatoweb are among the outlets to point to Premier League champions Liverpool.

-  Lazio have approached Madrid to sign forward Borja Mayoral, says Sky Sport Italia. The 23-year-old has spent the past two years on loan at Levante.

-  Sergej Milinkovic-Savic is ready to leave Lazio for a new challenge, claims Tuttosport. PSG have been tipped to sign the Serbia international, while the likes of Chelsea, United, Madrid, Juve and Inter have been previously linked.

Rumour Has It: Klopp approves of Liverpool's move for Thiago

Rumour Has It: PSG want Dembele from Barcelona in Neymar deal