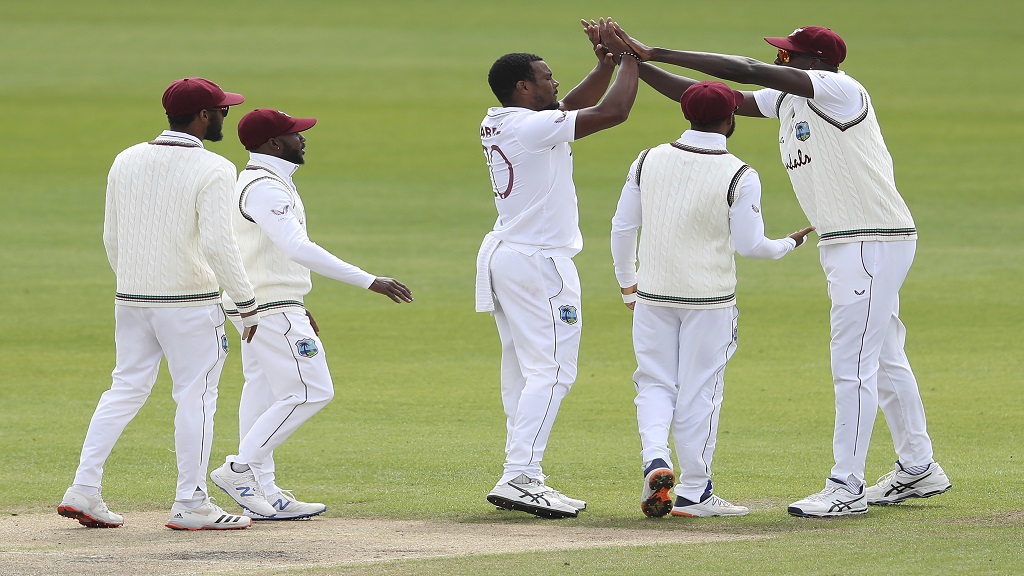 West Indies cricketers celebrate during their tour of England in July, 2020.

Cricket West Indies (CWI) president Ricky Skerritt said he will be using the “cricket first” philosophy and “West Indian first” policy to get the region back at the top of the sport in the world.

Skerritt was delivering the 20th annual Frank Worrell Memorial Lecture, which was virtually hosted by the Cave Hill campus of the University of the West Indies through its Faculty of Sport on Monday night. He was addressing the topic 'Reforming Cricket West Indies for Improved On-field Results'.

Skerritt, a past manager of the West Indies men's team, brought the “cricket first” philosophy and “West Indian first” policy to the table after he defeated the incumbent Jamaican Dave Cameron eight votes to four through a secret ballot on March 24, 2019, at CWI's  Annual General Meeting (AGM) and elections at the Jamaica Pegasus Hotel.

"The 'cricket first' philosophy is the overarching approach that now forms the basis on which Cricket West Indies plans and programmes are being rebuilt. The rebuilding will not happen overnight, but it is already happening," said the 64-year-old from St Kitts and Nevis.

Skerritt said the 'cricket first' philosophy will also be the foundation on which competence, confidence, continuous learning, self-discipline, and high standards are built.

He said that all components of the 'cricket first' philosophy must enable the regional cricketers to tailor and strengthen their physical and mental skills between tours to cope with challenges during tours.

(a) Strengthening of the West team and returning to winning ways
(b) Building the on-field performance for interconnected and interdependent purpose, physical purpose, physical skills, mental skills, and strategic thinking
(c) Designing, implementing and monitoring performance improvement practices and programmes between tours for achieving excellence during tours
(d) Develop a sustainable and justifiable governance structure and system off the field that affects behaviour and performance on the field
(e) Establishing a contract of expectations between the coaches and the player to improve communication, teamwork, team esteem, and team cohesion
(f) Promoting a common philosophy and working cooperatively and harmoniously with territorial boards to improve teamwork and achieve a shared and mutually beneficial purpose.

He said the 'West Indian first' policy recognises that West Indies cricket has been a representation of the hopes and aspirations of the people of the West Indies and an illustration of the heights of excellence that Caribbean nations can attain working together.

“Cricket is one of the few areas of our common West Indian culture and experiences where together we have been able to punch above our weight and achieve global excellence and recognition over a period of generations,” Skerritt said.

Skerritt had pledged to work towards the redevelopment of the game in the Caribbean after he won the presidency.