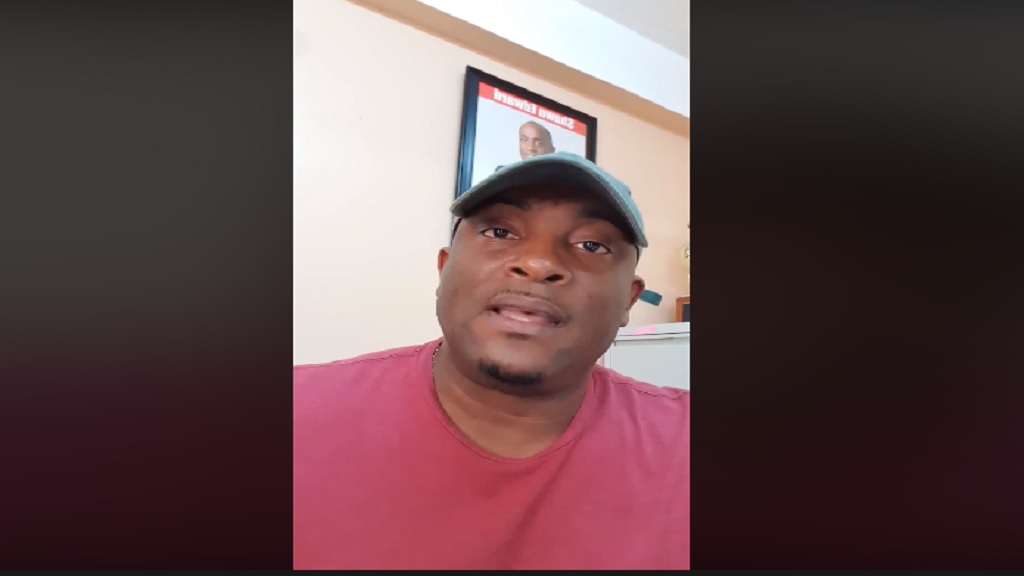 The wait for relief supplies has apparently tested the resolve of Opposition Member of Parliament for Dennery North Shawn Edward who earlier today April 4, 2020, took to Facebook to vent his frustration at the pace of distribution.

At about midday, the MP, in a video post entitled, 'Dennery North is still waiting...' lamented, "Let me state that we've received absolutely nothing."

The National Emergency Management Organization [NEMO] lead by Doreen Gustave is coordinating the relief effort with help from scores of volunteers, the cadet corps and, the police force.

Once ready for distribution, the quarantine relief packages are then shipped off and handed over to local Disaster Management Committees [DMC] across Saint Lucia's 17 districts who then distribute to residents. Households and communities deemed most vulnerable are reportedly prioritized.

"Sad to say that I believe what is happening at NEMO now is a UWP operation at NEMO as opposed to it being a NEMO operation.

I have tried on my end to cooperate with the government as much as possible...I have amplified the messages that the government has put out. I have reached out to my people as best as possible asking them to conform with the regulations and rules that are in place.

I've done my part. I've been a statesman in this thing but, it's not often I cry foul in the politics but I believe what is happening at NEMO is not objective."

The government has issued the names and contact numbers for all 17 heads of the various DMCs in addition to activating a dedicated helpline. However, reports indicate those numbers either dial out or go to voicemail.

With a population estimated at under 7500 residents; 12% live below the poverty line and up to 45% live pay cheque to pay cheque according to the Statistics Department.

Prime Minister Allen Chastanet imposed a 24-hour curfew on April 1 which took effect while most Saint Lucians were already on lockdown. The prime minister subsequently amended the curfew on April 2 to allow mini-marts and small shops to operate. Families and households had six hours to replenish or stock up on essential supplies until April 6 when they would open again.

"I was given the assurance by my Disaster Preparedness Coordinator yesterday that they would've been distributing packages in the afternoon. Only to receive a phone call from her later on telling me that she got a call from NEMO where NEMO said that they do not have manpower and that the packages will be sent to Dennery North wholesale and they themselves in the Disaster Preparedness Committee will have to put them together...which will result in further delay and in my constituency...There are a lot of people who are relying on those packages. Not because they are needy or indigent... it's just that the shutdown took a lot of people off guard and they were not able to stock up on food."

Loop News spoke with NEMO Director Doreen Gustave who confirmed that the hampers were delivered earlier today and that NEMO was extremely busy.

Edward and Hilaire confirmed with Loop News that the deliveries were received early this evening in the Dennery North and Castries South constituencies and that they have to now be weighed and packaged to be delivered.