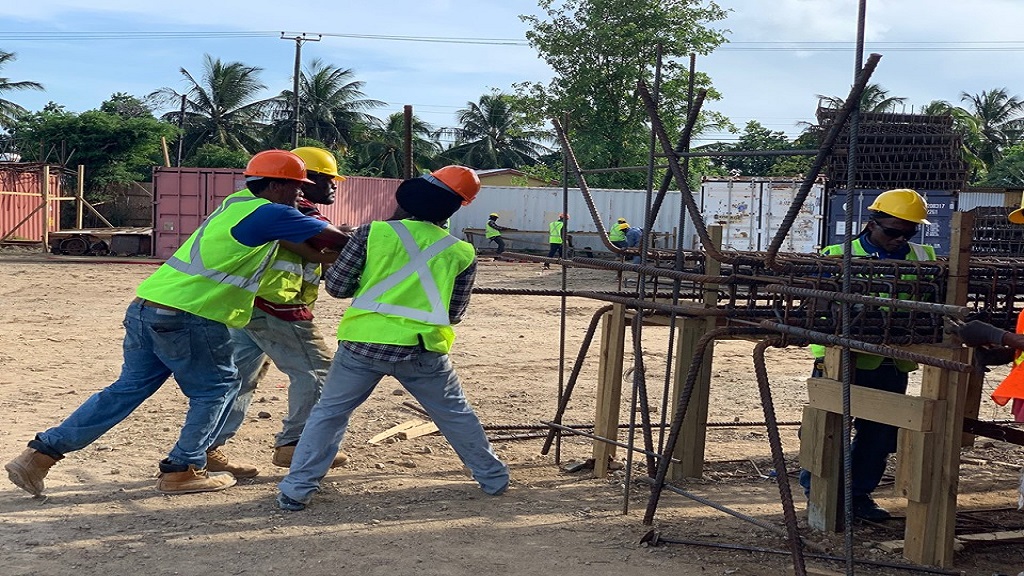 Over the past several months there have been a number of injuries at the construction site of St Jude Hospital.

A recent incident occurred last week when a worker got an eye injury, resulting in him being treated at the hospital, where he was admitted and discharged.

So far there have been no fatal injuries at the site, where according to Prime Minister Allen Chastanet, over 300 workers are employed.

According to workers on the project, some of the injuries occur as a result of the fast pace at which work is progressing on the project.

“Sometimes the pressure to get the work done very fast causes some workers to make mistakes, resulting in them being injured,” a  worker told Loop News, adding that in certain cases it is also caused by carelessness on the part of the workers.

The worker said some of those persons employed on the project are not accustomed to working at such a fast pace.

The worker recalled a few months ago, one person almost lost all his toes on one foot after a column fell on his feet.

Last month, on his official Facebook page, Prime Minister Allen Chastanet expressed amazement at how quickly and professionally the workers had gone about executing their duties on the project.