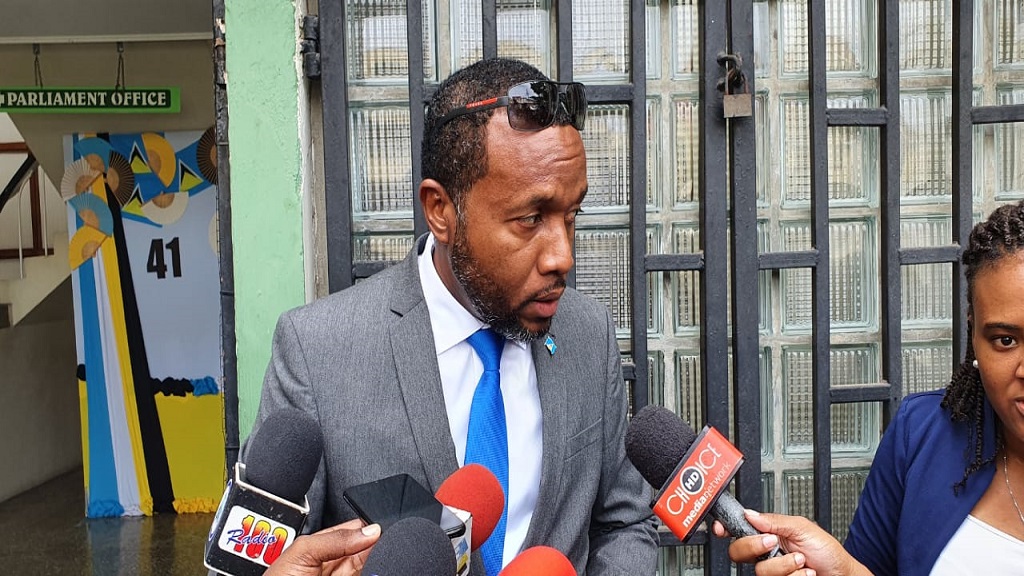 "I could give you the assurance that everything taken into consideration; time and the need to protect the citizenry, that this thing was done with sufficient consultation," Julien told Loop News Tuesday morning, ahead of the Parliamentary sitting where the bill is being debated.

The Bill, according to Prime Minister Allen Chastanet, is a replacement to the State of Emergency (SOE) which comes to an end on September 30.

The SOE was put in place as part of Saint Lucia's mitigative measures against COVID-19.

Prime Minister Allen Chastanet justifties the new bill, explaining, "We've always said we've used the State of Emergency specifically for COVID and now that we know at this stage, six months after the fact that COVID is going to be with us for a while, we have no idea when COVID is going to end and a requirement for Saint Lucia to remain on high alert is still there. So we've done a specific Bill which is for COVID."

According to Chastanet, all the COVID-19 Bill consists of is several legislative authorities form different acts, including the Leper Act.

"The fundamental thing to understand is that under the State of Emergency, the authority is the prime minister.

In this act, what we have done is bring the authority back to the ministry as well as go the technocrats as well as the minister," Chastanet said, adding, "I think this is a landmark legislation which allows us to proceed and this is not unprecedented."

The 'landmark legislation' however has been heavily criticized by various societal groups and organizations, expressing concern about a lack of consultation on the matter.

"The Bar Association of Saint Lucia has today written to the Prime Minister, the Attorney General and the Speaker of the House of Assembly to request that the COVID-19 Bill be deferred pending public consultation and review and comment from the Bar Association. This Bill first came to our attention on Friday via social media. The Bar Association was not consulted on this Bill.

The passing of such an important Bill through all stages at this one sitting of Parliament without stakeholder consultation is unacceptable. The Government of Saint Lucia would have had ample time to undertake the necessary consultation on this Bill and we should under no circumstances accept a compromise of our rights and civil liberties due to this lack of understanding of the necessity of public consultation, our democracy and the Rule of Law," the organization posted on its official Facebook page Monday.

According to the Attorney General, "This Bill was in circulation from last week and everyone had an opportunity to consume it, however, because of time and because of the national need we could not have consulted with everyone."

Julien assured journalists that all stakeholders, including public health officials and other technocrats, were consulted.

"I can say to you that attorneys of quite a lot of experience have had sight of it," Juieln declared.

The COVID-19 Bill will be in effect for a two year period.

"The two years is based on the recommendations of the World Health Organization. However, it could be shortened or lengthened based on what the forecast is.

The Ministry of Health on consultation with the Chief Medical Officer may by order lengthen or shorten it."

Part one of the bill makes reference to declaration of quarantine facilities, social distancing and suspension of liquor licenses.

Part four speaks to travel requirements, and part five speaks to electronic monitoring to track those in quarantine.

Part six speaks to the collection of health information while the final part includes issues like powers to stop, detain and arrest and penalties.