Teen support during the Coronavirus pandemic 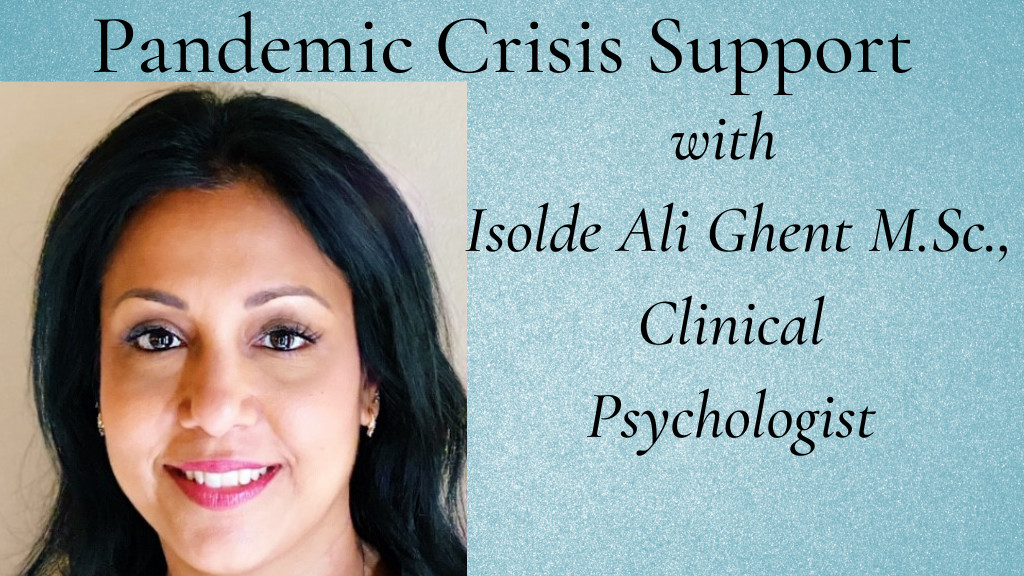 There is no doubt that the coronavirus pandemic has caused significant stress for families around the world.

The constant flooding of fears may sometimes feel almost too much to bear for adults, much less for children and teens who feel lost, overwhelmed and with few resources to call upon.

While adults are grappling with their own anxieties over the loss of income, the uncertainty of jobs, social isolation and forced online classes for their children, many teens experience this trauma to an even greater degree.

For some teens, online classes remain a huge challenge. Lack of availability of technology as well as frustration with proper use has been devastating for some.

In my practice, concerned parents, of teenagers report dropping grades, increased isolation, as well as a sense of hopelessness regarding school.

This forced change coupled with an unwillingness to release the pre-covid-19 routine has triggered anxiety, anger, and fear in many students. As such, there are some teens who try to avoid where possible or freeze in a state of despair but when confronted by parents and teachers may become reactive and aggressive. 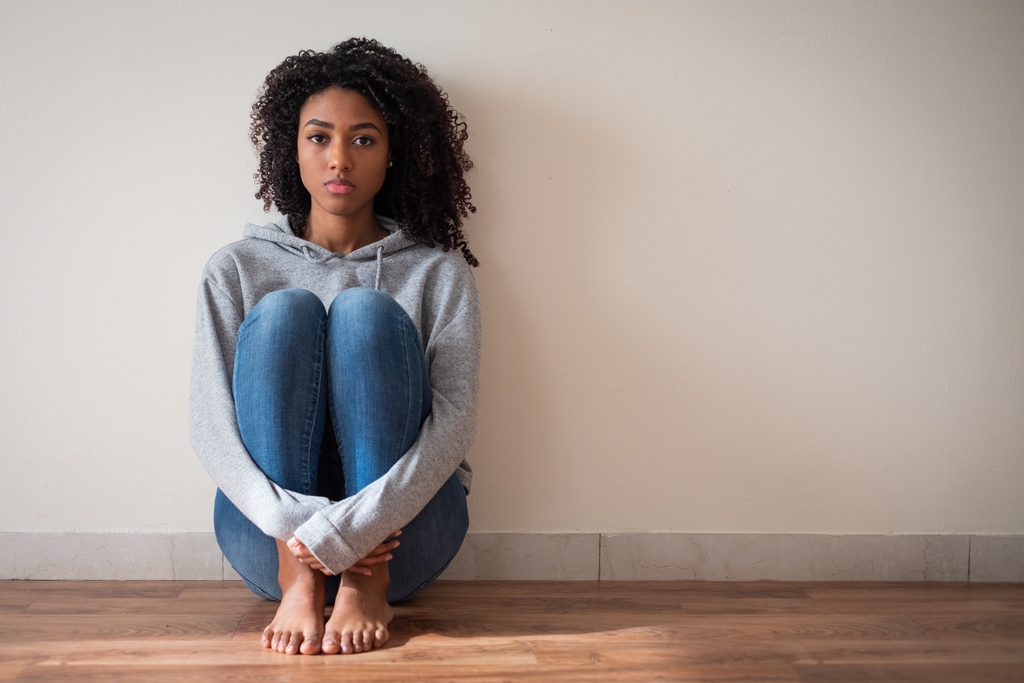 The Coronavirus lockdown has been difficult for some teens. Photo: iStock

Some of my teenaged clients have spoken frankly about their fear of failure, thus leaving them feeling exhausted and depleted of energy.

Arguably, we can say there were risk factors that may have resulted in teens experiencing thoughts of suicide or self-harm prior to the coronavirus pandemic.

However, despite circumstances that may have been present before, this seems to have been ramped up exponentially since pandemic-quarantine.

In my office, some of my teenaged clients say they feel as though they are no longer seen for being themselves but only when they perform up to the parents’ standards.

One 13-year-old said that she felt as though she could not do anything right because her parents constantly criticised (her) way of doing things. She argued that even when she immediately complied with a direction, such as making her bed or cleaning her room, there was always something wrong.  She began to think that since her best was not good enough, therefore, why bother trying at all.

Because in-person school also offered the reprieve from conflict at home, some teens feel as though they are in the throes of a war zone where they are highly likely to be the victim of “friendly fire”.

One sixteen-year-old boy told me that his parents often put him in the middle of their arguments so when he is not refereeing conflict, he felt as though he was attacked for not taking sides. The best he could hope for was a ‘cold-war’ stance where there was at least no arguing. As such, he preferred to retreat to the quiet of his room to avoid being anywhere near a situation that could erupt at any moment. The burden for this child weighed heavy on his soul.

The loss of social connections has been difficult for most people, but teens, who tend to be emotionally dependent on their friendships seem to be struggling the most.

Social connections and social approval for some are of paramount importance. However, the teenagers who persistently seek the external nod of approval of others may be at risk.  Instead of being grounded in their values or acknowledging their strengths and competencies, they rely on others to affirm their sense of self-worth. 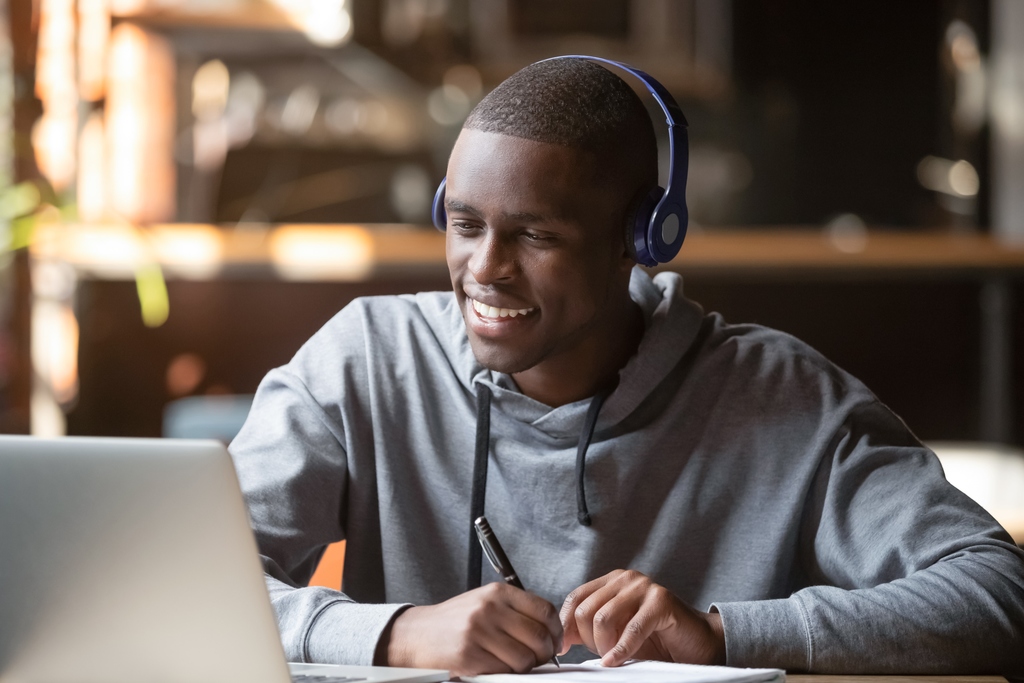 Teens are socialisng in the virtual world more thanks to the coronavirus. Photo: iStock

With the onset of coronavirus, many teens have retreated to the virtual world. That wonderfully, treacherous domain where on the one hand, people can access all sorts of information but, on the other, where one’s perspective can easily be warped.

Teens are flooded by images and messages which dictate how they should look or act to get attention.  Because some teenagers feel isolated from their real-life friendships, as well as struggle with their sense of grounding, many crave the attention of others.

It does not matter whether the attention comes from known individuals or faceless, nameless entities.  As such, some teens have put themselves in dangerous situations or compromised themselves for the sake of superficial, shallow, and artificial approval.

Conversely, because socialising on virtual platforms has been ramped up, there are those who have found themselves the victims of cyberbullying.  Prior to covid-19, there was at least the choice of in-person and virtual social interaction; however, with this pandemic, most socialising is held online.  Therefore, social ostraciing, public shaming and criticism have left some teens engulfed in anguish and misery.

Another factor that seems to be contributing to lowered or volatile mood is the increase in drug and alcohol use.  Several teenagers have reported self-medicating with substances such as marijuana and alcohol because it relaxes them.

They use substances as a means of escape which is dangerous since marijuana and alcohol have been linked to depression, increased social withdrawal as well as a dulling of the senses. The trend I have noticed in my practice is what starts out to be an escape can rapidly escalate to full-blown addiction. 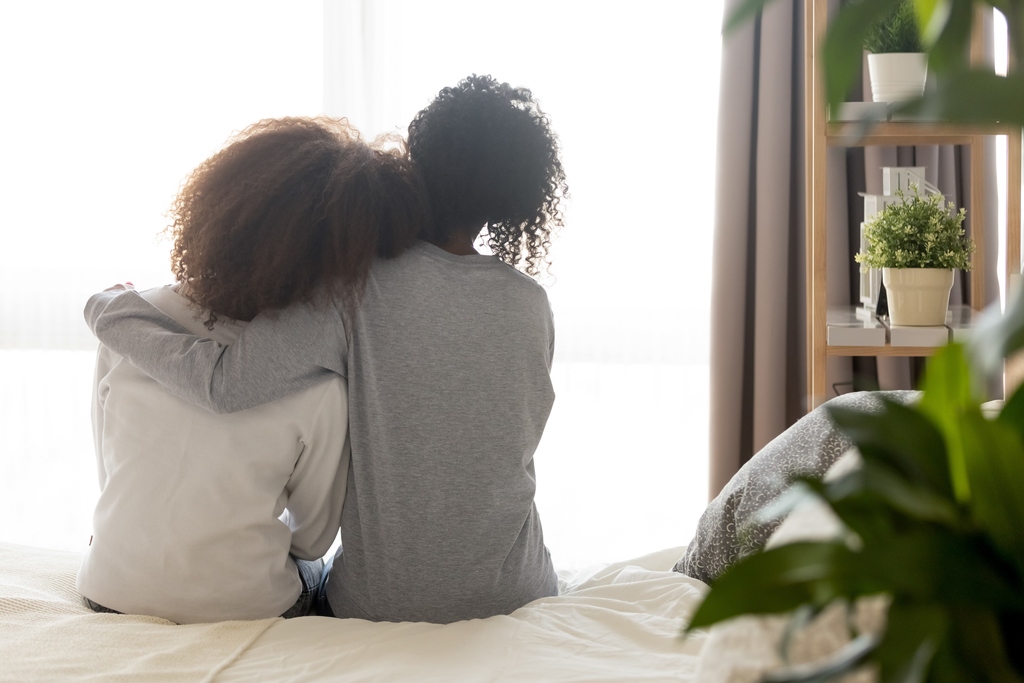 If coping with your teen's issues are too much, seek professional help. Photo: iStock

The teen no longer knows how to manage themselves without the use of the drug.  The daily drive then revolves around the need for a ‘fix’ rather than coping with life itself.  When faced with consequences, especially when coming down from a ‘high’, there is the risk the teen may feel ill-equipped to handle his or her responsibilities. It is this despair over the future and sense of helplessness which may lead to suicidal thoughts since there are few resources to call upon.

Identifying the signs of depression in some teens can be a bit tricky since some teenagers may tend to be a bit challenging and moody at times. As difficult as it is to deal with, teenagers are supposed to question and challenge. This is how they separate from us to forge lives of their own.

However, if you suspect your teen is battling depression, it is important to look out for key behaviours/signs.  Notice whether your teenager is pervasively sad, no matter where they are or who they are around.  Have their sleeping and eating patterns changed?  Do they show a lack of interest in activities that were previously enjoyable?

Do they seem fatigued, even though you think they slept well? Are they ruminating on harsh thoughts about themselves, perceived failures, or despair about their futures? Looping on negative thoughts, whether they are true or not, may seem very real to them especially if they are isolated with their thoughts for hours at a time.  They are at risk of being consumed by negativity which they may believe is impossible to move away from.

Most importantly, never dismiss a threat of suicide or discussion of suicidal thoughts as being superficial or reactive. Even if you genuinely believe that your child might be reacting to a discipline measure, he or she may also be prone to acting out on impulse which may lead to devastating consequences.

So, what can you do?

The most important way to support children and teens, especially during these times of uncertainty, is to help them build their sense of resilience or the ability to recover from setbacks.  It is important to make every effort to talk to your children and not at them. Your duty of care requires you to listen, validate and help guide.  Attempts at control or inflicting your will may only serve to worsen an already fragile situation.

Make sure to let your teen know you’ve heard them by paraphrasing or even repeating what you’ve understood. This might help facilitate an ongoing conversation.  Empathise with the feelings but avoid trying to fix them. Instead, see if you can help ground them by asking them to provide evidence for their thoughts.  See if they are able to differentiate thoughts based on fact versus looping thoughts which have no basis although they may seem real.

Instead of your child focusing on what can’t happen or what they can’t do, help them shift their thoughts to what they are able to do. Help them identify thoughts that uplift rather than pull them down.  Remember, the person who lives in a world based on looping catastrophic thoughts may genuinely believe this to be a reality, which would lead to despair.  It is this sense of hopelessness, stagnation and anguish which may cause one to consider taking one’s life.  See if together you can challenge the thoughts that don’t serve while replacing them with empowering thoughts.

However, despite our best efforts as parents, sometimes a child’s challenges may be beyond what we can cope with.  In such situations please reach out to your nearest mental health professional.

Try checking in with trusted individuals who may also be interacting regularly with your son or daughter such as a close teacher or medical practitioner who may be able to offer guidance.

There is nothing more precious than our children. It is our responsibility as parents to provide for not only physical safety and academic growth, but most importantly to foster a sense of sound mental well-being.

Meeting your children's needs as they navigate online learning