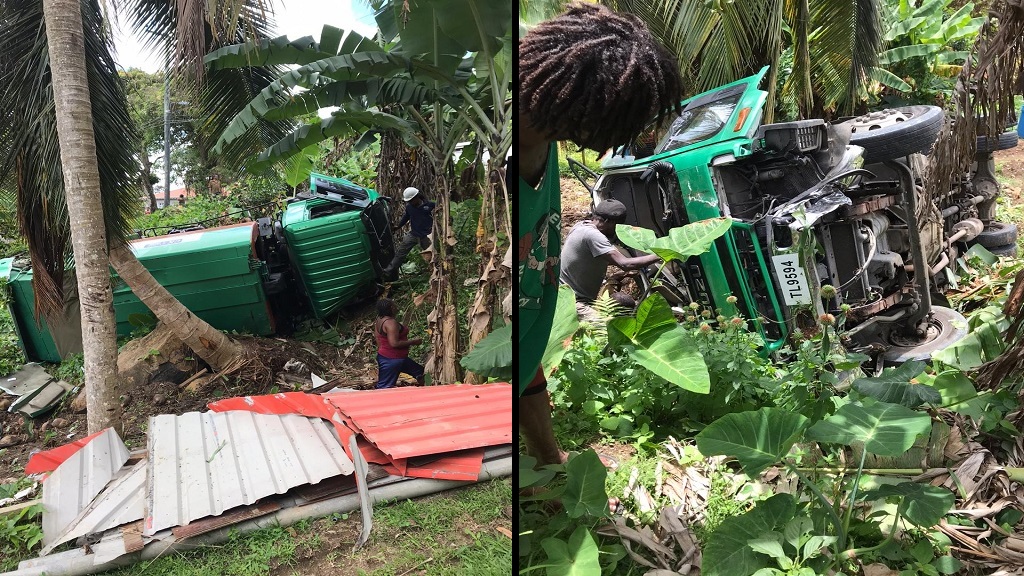 Three people were seriously injured after a garbage truck they were travelling in veered off the side of the Paix Bouche road in Babonneau and turned over onto its side.

Fire officials from both the Castries and Babonneau fire stations responded to the ‘solo’ vehicular accident.

“Two of the three occupants were found outside of the vehicle, with what appeared to be multiple soft tissue injuries and altered mental status,” Stacy Joseph, Media Liaison Officer at the Saint Lucia Fire Service (SLFS) explained.

Due to the positioning of the vehicle, extrication tools were used to release the third occupant from the vehicle.

“The individual sustained what appeared to be a fracture to his left leg. His wounds were treated and the accident victims were transported to the Owen King EU Hospital for further medical treatment,” Joseph said.

The Saint Lucia Fire Service also took the opportunity to warn members of the public of overcrowding an accident scene amid the national COVID-19 protocols.

“We appreciate that some persons may try to assist the injured, however, you may also inadvertently get yourself infected or infect others. So please avoid crowding at the scene of any incident,” Joseph warned.