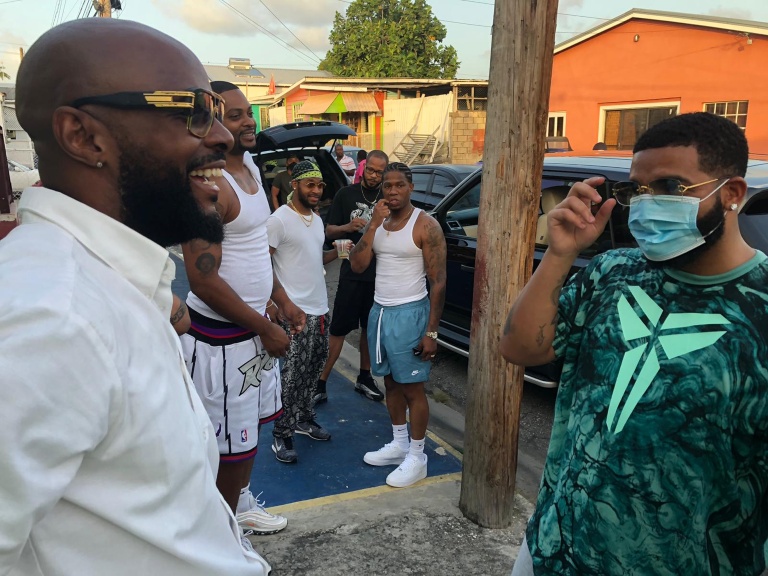 From visiting his former girlfriend’s childhood home to posting about the Bajan beloved restaurant Chefette, Canadian rapper Drake’s dream week in Barbados that turned into two weeks were truly a celebrity vacation for Barbados' history books.

In honour of his visit, here are seven (7) Instagram highlights from Drake’s time in Barbados.

1. Drake makes Chefette go global. On July 13, the day after Drake touched down in Barbados, the rapper posted a meme on his Instagram page of a man and woman from the Elizabethan time. In the meme, the man asks the woman “Are you single?” to which the woman replies “No, I’m album”.

However, it was the photo caption that sparked the interests of his followers, “Chefette”.

Aubrey ‘Drake’ Graham met Barbadian fan and swimmer, Jumar Walrond, while touring the island in a Range Rover jeep. Walrond walked up to the SUV while recording on his phone saying: “Wait lemme just get a snap quick”. He ‘knocked’ Drake’s fist and yelled: “Jesus Christ" as he ran from Drake’s window.

Darke later posted the video to the Instagram with the caption “SHEEEEZUS CHRYSSSSSS”. Bajans know what he means doa. Andddddd the two met up like old schoolmates at a reunion when they linked up on July 19 at Copa Cabana for Poppy's unofficial birthday celebrations. The event was a collab effort between Rorrey Fenty and Ramon. It was called Summer Solis. The two have done many events together before such as Elevate, but this was the first Summer Solis.

3. Drake dines at The Cliff Restaurant. On July 16, Drake posted a picture of him dining at this west coast restaurant seated next to one of the OVO crew members ‘Chubbs’.

He and Chubbs were also seen playing basketball at Folkstone Marine Park earlier in the week. 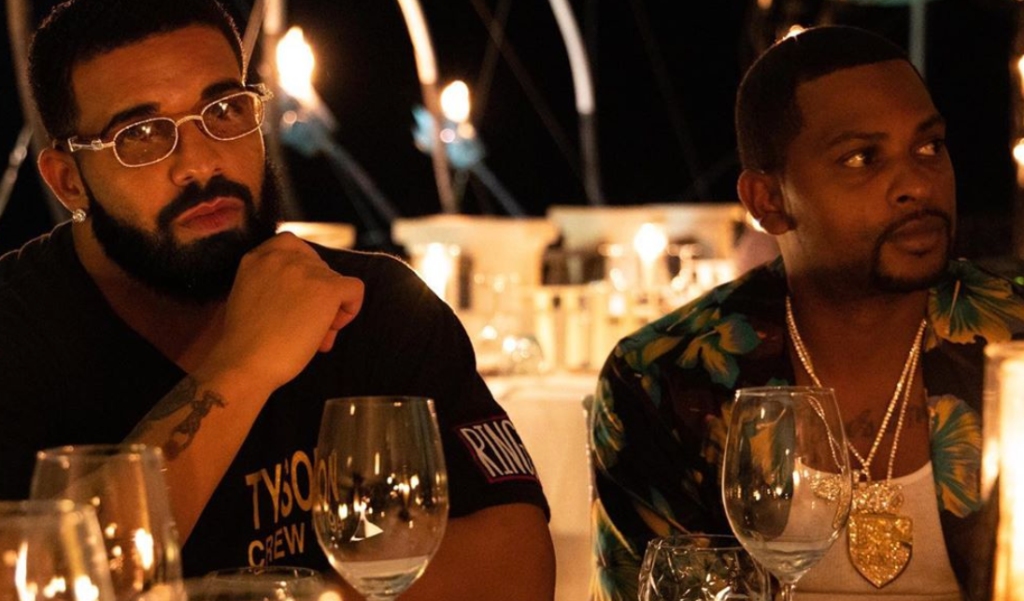 4. Drake posts a picture of him next to Rihanna’s brother and Popcaan. It is no secret that Drake and Barbadian-born music icon Robyn ‘Rihanna’ Fenty dated back in 2016, so, some fans were pleasantly surprised to see him posting a picture on his social media next to the singer’s younger brother, Rorrey Fenty on July 20.

In this same photo standing next to Rorrey, is Jamaican dancehall artise Popcaan, who landed in the 246 on his birthday July 19. Popcaan visited the island to celebrate his 32nd birthday. Back in 2019, the ‘Everything is Nice’ singer signed to Drake’s OVO label making his a part of the OVO team.

In one of Popcaan’s Instagram stories, he posted a video with him and Drake as Drake wished him a happy birthday after he reached the villa in Barbados.

5. Drake flaunts the Bajan flag. On July 19, in his IG story, Champagnepapi posted the Barbados flag blowing in the breeze on a flag pole. After that, he kept the flag much closer. The blue, yellow and black flag is seen in Drake’s lap and around his forehead as he sails on the Bajan waters on July 22.  In one photo, the flag is laying the rapper’s lap while he has a wine glass in his hand. Another photo shows the flag wrapped around his forehead as he takes a selfie with the sea and the sun setting in the background. But the first time during his trip that Bajans spotted the flag it has dangling out his back pocket as he left Batts Rock beach. Drake also wore a black polo shirt with blue and yellow stripes on his first visit to the Jamestown Bar during this trip. Bajan Twitter said he looked like he was ready for Independence Dress Day at primary or secondary school.

6. Drake meets Surf Rat. On July 21, Drake met the sewage Rat himself. Many people would switch up if they meet a celebrity. But not Surf Rat! Surfie kept it R E A L, and he told everyone what he and Drake were locking for. Drake had Surf Rat all up and through his IG story as he laughed and responded while Surf Rat was on the mic.

7.  Drake posts a photo of Chefette. On the last day of Drake’s stay in Barbados, he posts a picture of him in the backseat of the Range as it drives through the car park of a Chefette restaurant.

In the photo, what seems to be the flag of Barbados is on his forehead along with the photo caption: “Until next time Beautiful Bim”.

One of the comments on this photo is from Chefette’s Social Media Manager saying: “Safe travels. Bim will always be your second home”.

What was your favourite Drake in Barbados moment?

Popcaan celebrating his birthday with Drake, his OVO fam in Barbados

Where in Barbados is Drake? He stopped by The Cliff with OVO's Chubbs