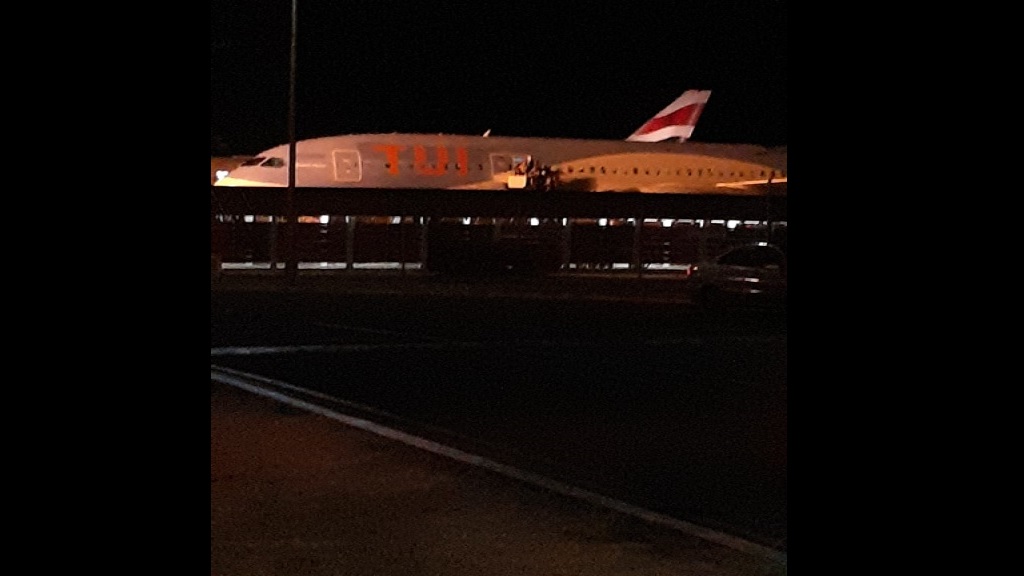 The Government of Saint Lucia has refuted allegations that passengers onboard a TUI flight which landed Tuesday evening at the Hewanorra International Airport were not allowed to exit the plane due to reports of a passenger exhibiting signs and symptoms of the novel coronavirus.

“There is no person on that flight with the coronavirus,” he asserted.

According to social media postings, the flight was diverted from Bermuda and landed in Saint Lucia.

There were three ambulances on standby while clearance was being sorted by the Prime Minister.

Speaking to Loop News Wednesday morning, Chief Medical Officer Dr Sharon Belmar-George confirmed that there was an ill passenger on board the flight, however, it was nothing infectious or COVID-19 related.

Dr George explained that upon receipt of information that a passenger was sick, the Ministry of Health activated its usual protocol.

“We received information that there was a sick passenger onboard that flight so we grounded that flight until our team was able to investigate and ensured that it was not an infectious disease,” the CMO said.

“It was a patient with a hypertensive illness that we were able to review and send to the St Jude Hospital for treatment.”

Watch: How to protect yourself from coronavirus