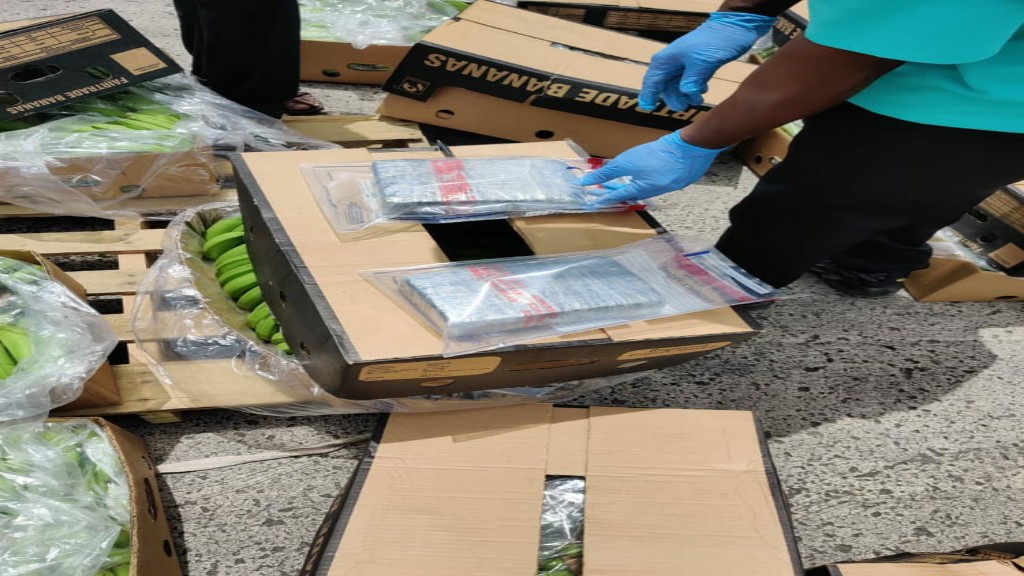 Two men who were arrested after cocaine was found in a banana shipment have been granted bail.

On Friday, August 7 at about 10 am, Customs Officers conducted a routine examination check on a shipment of bananas destined for Tortola in the British Virgin Islands when they discovered two kilos of what appeared to be cocaine among the fruit.

Two male individuals were arrested and charged for the the matter.

They have both been charged for the following offences each: possession of cocaine, intent to supply, attempt to export and handling.

Acting Customs Comptroller, Mrs Anita Montoute says the department remains committed to border security, following the drug bust at one of the ports of entry in Castries last Friday.

"As you know we are border control officers and one of our key responsibilities is to secure the borders so we always have our team because you know when these contraband get into the country it affects every single person and you know how damaging that can be to the economy, so our team remains committed in ensuring we intercept those contraband coming in or going using whatever technology we have," Montoute said.