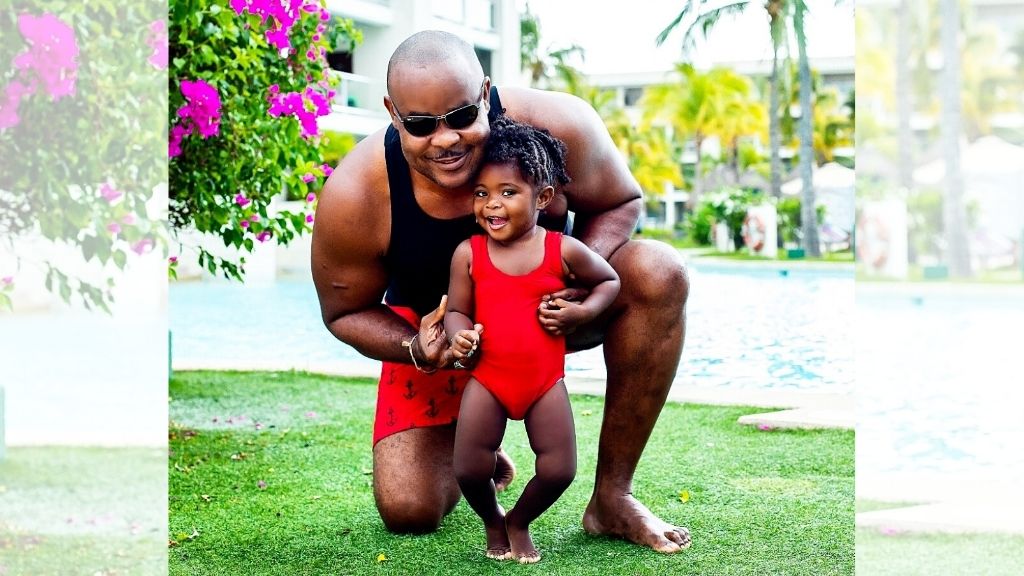 As we close out Men's Health Month, two fathers share advice for all fathers, thereby giving them the gift of health and wellness.

A recent men’s health studies reveal that 60 percent of men don't go to the doctor regularly.

Many aren’t as healthy as they think, yet, tend to leave their well-being up in the air.

Why? You ask? That’s a question for these two father’s who’ve made it their life’s mission to stay fit for their families.

Garfield ‘Bucka’ Taylor has a physique to maintain and a family to live for.

In our society today, many police officers are feared and oft assumed to be rigid…callous even.

Well, for Father’s Day Deputy Superintendent of Police (DSP) Garfield ‘Bucka’ Taylor is humanising officers everywhere, reminding us that public servants are humans too with a duty to take responsibility for their health – not only for their children, but for themselves.

Taylor is the father of two-year-old Jordan and, with his attorney-at-law wife Lecia-Gaye, have joined the cadre of Jamaican social media sensations.

The new father is adamant that he wants to be a living example of all-round health and wellness for his cutie-pie Jordan.

“I am happy to be able to change the narrative for black men and especially Jamaican men to show that we can be a part of happy, and healthy family units,”

“I was always a fitness enthusiast,” he said.

“As my career got more demanding, I faltered and even gained significant weight, but I am always mindful of the need to remain healthy and to choose a healthy lifestyle,” he added.

Since faltering, Taylor became a father, stepped up his efforts to get back on track, and made significant lifestyle changes.

“I did a Vertical Sleeve Gastrectomy surgery and over the course of the following year, I lost over 100 pounds.”

This was towards the end of 2016 and brought on by various health issues that included a sleep apnea scare.

And, in typical ‘Bucka’ style, he’s taken his entire social media following on the journey with him. From weightlifting to hydrotherapy, Taylor’s followers have seen it all.

The typical exercise routine for a Jamaican dad is a jog on the beach, nothing too hectic.

Therapy for Taylor, however, is quality time with family at the beach.

But, whatever happens, he remains proactive about living a healthy lifestyle – even in the midst of COVID-19.

He believes the extra time with his family brought on by social distancing, is something to be treasured and continued, even after the crisis.

And, as Taylor leads his own family by example, he made a plea to other men. “…Take control of your health… [make] positive changes to your diet.

Do not consume too much alcohol and quit smoking. We want to remain healthy and strong for our families, our children and grandchildren.”

Orville Arscott is a cancer patient and father of six, urging fathers to check up on themselves.

He was diagnosed with multiple myeloma in 2014, which put a strain on his family.

“Before the cancer, I was the typical man. [Then] you do a medical because you need it in order to do something else. You go to the doctor because an issue is persistent.

The first thing you do when you feel that something is wrong is to say you’re going to watch it.”

And so he did. But, after his diagnosis, procedures, countless examinations, ongoing treatments, and welcoming his sixth child, Arscott realised that things had to change – he had to become healthier for himself and his children.

At the time, Arscott, an electrical engineer and businessman, had five children in various stages of school.

When cancer recurred late last year, he came to the conclusion that it was the mutually loving and caring relationships shared with his children that anchored him.

“The most memorable part of this journey is just being a father and seeing them as an extension of you.”

Arscott is planning for a future that may not include him. He wants to leave all of his children with a strong understanding of the importance of family – something he witnessed as a child.

Despite the generation gap between Arscott and his six children, he insisted that online platforms have helped strengthen their relationship.

With the help of his family and his eldest daughter Sonya-Lee, Arscott forges on, fighting COVID-19 and cancer.

“She put me on a program, so we workout in the mornings. Even in the heights of the coronavirus when we were locked in, she had me exercising.

What Arscott enjoys most is that all the siblings are in on the workout routines. Though they support him from the side-lines of their smartphones, they cheer him on nonetheless.

“Health is wealth. You must take it very seriously… check up on yourself. And once you have life you have hope.”