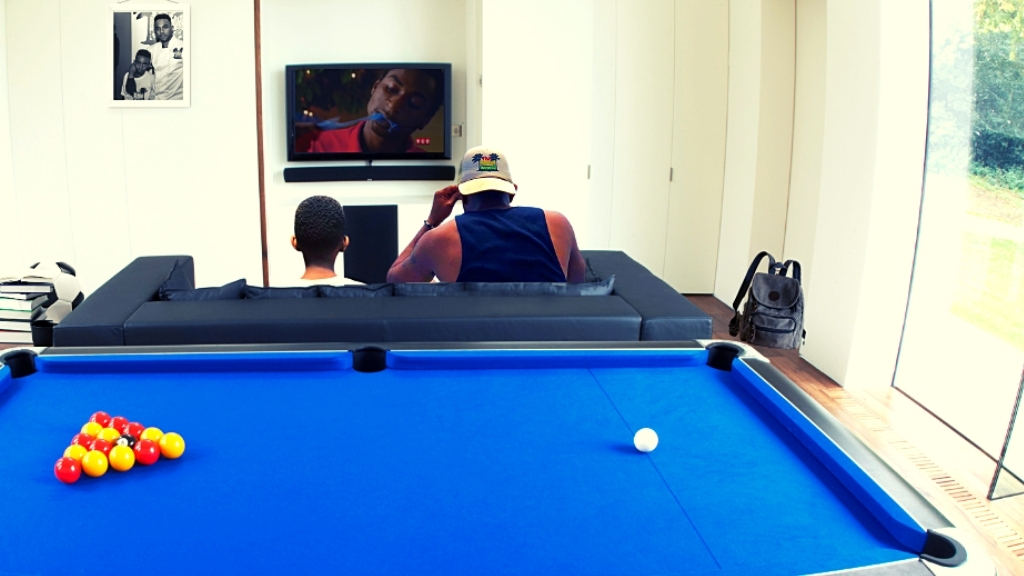 (L-R) The author and his dad, Peter III and Peter II

During COVID, many places where I love to go are closed, due to quarantine. This is mandatory and for everyone’s safety, but it sucks.

Some of the best times that I have spent with my family have been by plane or on road trips to far-away places. But now that we can’t really do either anymore, I find myself very bored. I spend most of the day attending online classes or watching TV or using my phone or playing on my Xbox. I recently got into soccer again (my dad’s coaching me), and it’s been pretty fun.

There’s another thing I do with my dad while I’m at his house, and that’s movie night. It’s one of the best times I have there, and we do it every night.  If we start a series, we’ll focus on that for a few days. The last series I remember is 'My Strange Addiction.' If you haven’t heard of it, it’s on Hulu, and it’s pretty self-explanatory- people with strange addictions. All of the episodes are entertaining. Some are weird, some are minor, and some, I just have no words for.

There’s a guy in this one episode, I think his name is Robert. He has a fiancée, I don’t remember her name. He has a close relationship with her family, and he’s ADDICTED TO EATING PLASTIC BAGS. I still fail to comprehend why that would even go through someone’s thoughts. The guy eats any type of plastic bag. It could be the one newspapers come in, it could be a shopping bag from the supermarket, he doesn’t care. The worst part is, he thinks it's fine. Here’s a direct quote from that episode- “Just because you want to get married, doesn’t mean I have to stop eating plastic bags.” It’s crazy. Him and his fiancée will literally go to a RESTAURANT and he won’t eat any actual food. There’s actually a point in the episode that he gets a pretty bad stomach ache. And guess what, HE’S SURPRISED. He’s an adult, eating plastic bags since he was 7, and surprised that he has a stomachache. It’s very, very confusing.

This is the last episode I'll talk about, and it’ll end with a bomb. Literally. I think it’s pretty controversial. It’s about a woman who’s addicted to chewing dirty diapers. Don’t freak out yet, because it ain’t as bad as it sounds, man.

She chews the outside, not the inside, where babies do their business. She’s pregnant, and some people are absolutely disgusted by it. People think her baby's gonna get a third eye or something, they’re overreacting a lot. It is getting a BIT out of hand though. Everywhere she goes, she carries at least one diaper in her purse, and her boyfriend (did I mention she had a boyfriend?) is finding dirty diapers everywhere. And she has a supplier as well. She just pulls up at her friend's house any time of the day and the friend gives her the good stuff. In her words, her baby shower turned into an “intervention”. Everybody there wanted her to stop, and she should. At least when that baby comes, she’ll have a practical use for it.

Well, that’s all I’ve been doing, instead of travelling.

Hopefully, when this whole pandemic is over, I can start travelling “around the world” again, with the people I love most.