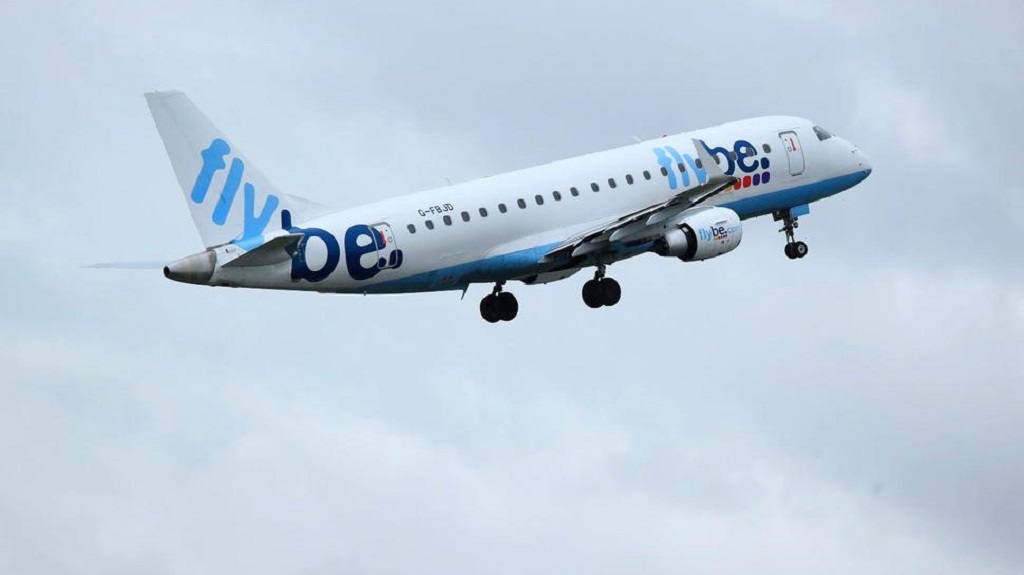 The struggling British airline Flybe collapsed Thursday amid drops in demand caused by the new coronavirus, leaving passengers stranded and threatening the viability of regional airports across the country.

Flybe's fall highlights the damage that the virus outbreak has had on the airline industry, which has cut back on flights around the world as people avoid flying out of precaution.

The British regional airline narrowly avoided bankruptcy in January but had continued to lose money. Unions and opposition politicians attacked both the airline's owners and Prime Minister Boris Johnson's government for failing to act to save it.

"We're all a bit gutted - Flybe is a household name, we've been flying with them for 40 years and we really tried to do everything we could back at the turn of the year,'' Transport Secretary Grant Shapps told Sky News.

Shapps said that for "an already weak company,'' the virus made survival impossible.

Airlines have struggled after a spike in new coronavirus cases were reported in Italy, South Korea and Iran, spooking holidaymakers and sparking the cancellation of business trips.

The International Air Transport Association said January saw the slowest monthly year-over-year growth since April 2010 - and that was before the main impact of the virus outbreak. United Airlines said it will freeze hiring and ask employees to volunteer for unpaid leave as it struggles with weak demand. Finnair is enforcing temporary layoffs for some 6,000 staff.

The disruption is having the biggest effect on companies that were perceived as already weak financially. Norwegian Air Shuttle, which has struggled to maintain the costs of operating a low-budget business model on long-haul transatlantic flights, has seen its shares slide 55% since the start of the virus outbreak, including a 12% drop Thursday.

Flybe's network included more than half of British domestic flights outside of London. Europe's largest regional carrier, Flybe had a major presence at airports such as Aberdeen, Belfast City, Manchester and Southampton, and flew some 9 million passengers a year.

Its links to some difficult-to-reach spots in the UK were a strong selling point for the government. But the government's efforts were dogged by allegations from competitors that it had provided state aid to Flybe.

"This is a sad day for UK aviation and we know that Flybe's decision to stop trading will be very distressing for all of its employees and customers," said the chief executive of the UK Civil Aviation Authority, Richard Moriarty.

A consortium of Virgin Atlantic, Stobart Group and Cyrus Capital bought Flybe in February 2019. Known as Connect Airways, it paid just 2.2 million pounds for Flybe's assets but pledged to inject cash into the airline to turn it around.

Flybe has struggled with a series of issues, including the weakening of the pound in light of Britain's pending departure from the European Union. The weaker pound hurts airlines like Flybe that have significant costs in dollars but take in revenue in pounds.

The airline also was struggling to pay its airline passenger duty, a tax on flights that many airline groups have long complained restricts growth.

It is the second UK-based airline in six months to fail after Thomas Cook went bust in September.