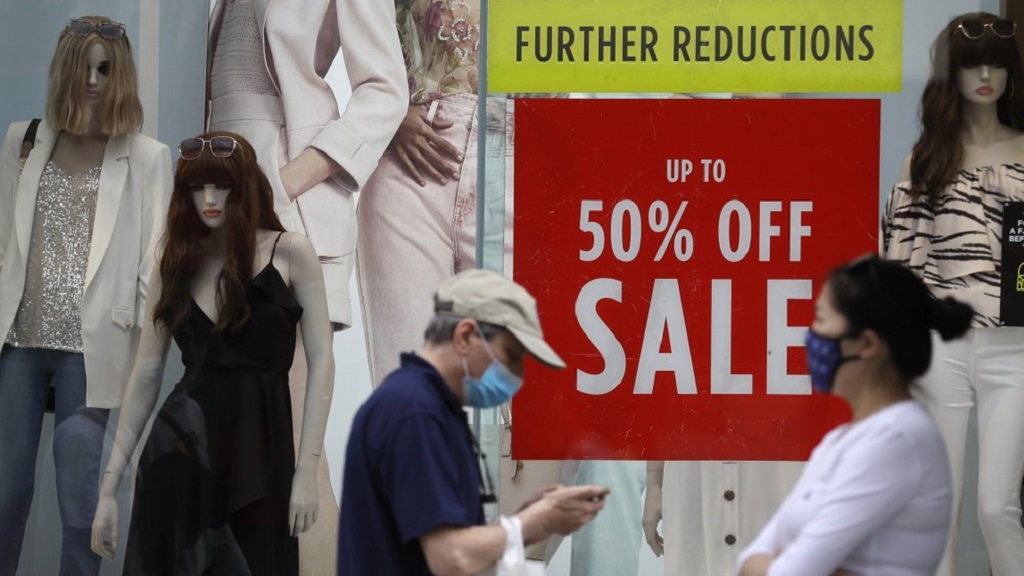 Britain's government debt has breached the 2 trillion-pound ($2.6 trillion) mark for the first time after heavy borrowing to support the economy during the coronavirus pandemic.

The Office for National Statistics said Friday that the government borrowed a further 26.7 billion pounds in July, the fourth highest amount of any month since records began in 1993. That pushed up debt to 2.004 trillion pounds.

The increase also means that the country's debt is now higher than the value of its economic output. The UK's debt is worth 100.5 percent of its annual GDP, the first time it has gone beyond 100 percent since 1961.

The deterioration in the public finances is due to the massive support schemes the government has put in place over the past few months to cope with the economic shock of the pandemic, which has already seen the British economy shrink by around a fifth. The government has cut an array of taxes and spent heavily, notably on a widely used salary support scheme.

"This crisis has put the public finances under significant strain as we have seen a hit to our economy and taken action to support millions of jobs, businesses and livelihoods," Treasury chief Rishi Sunak said.

"Without that support things would have been far worse."